It has been revealed in a recent issue of Weekly Shounen Magazine that the third season of Hajime no Ippo is already in production. The third season based on Jouji Morikawa popular manga has been green lit and will be titled Hajime no Ippo: Rising. The series has been announced to air this fall, starting in the month of October. 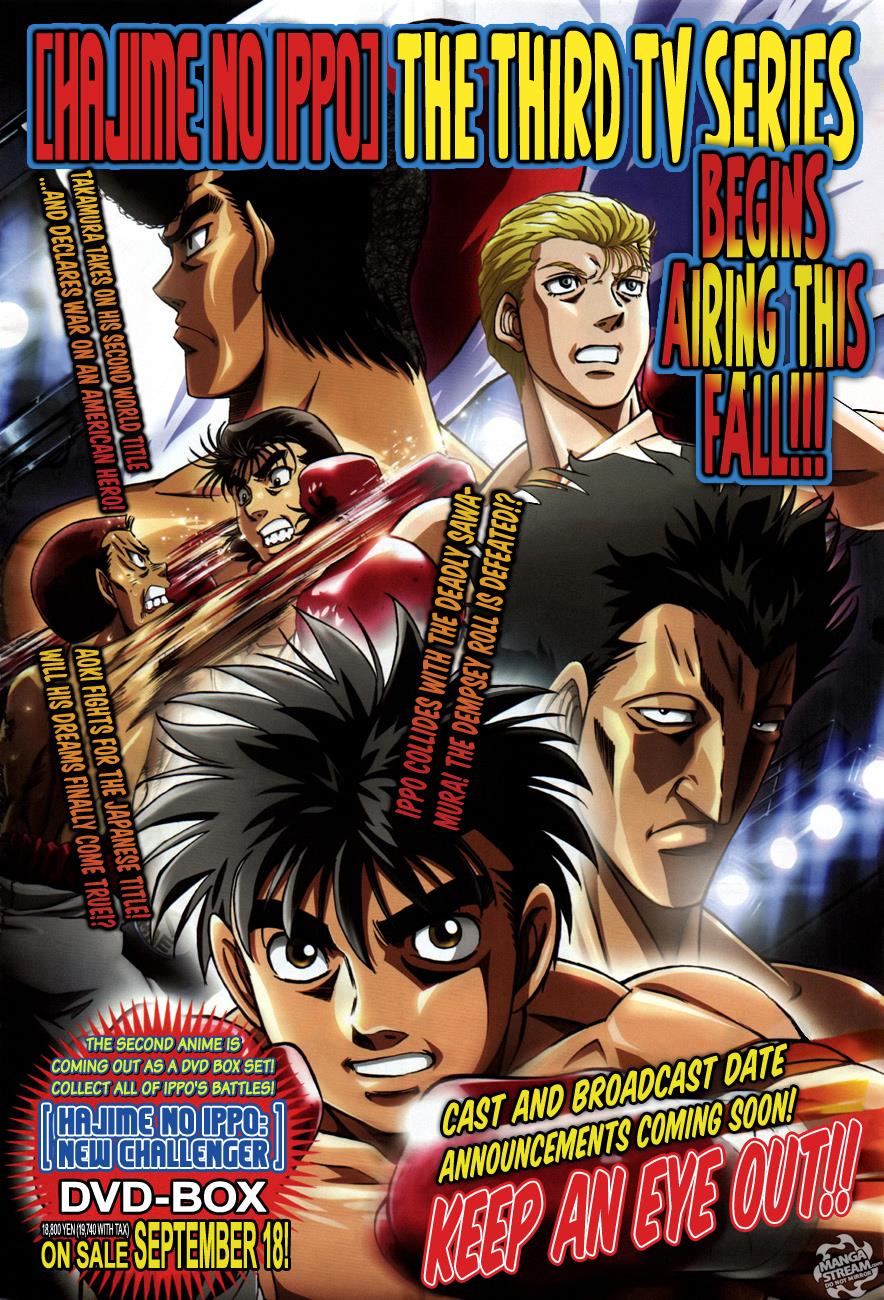 Additionally, the cast and crew behind Rising has been revealed. Many of the cast will be returning to voice their characters and many key crew members will also be back designing the third season. 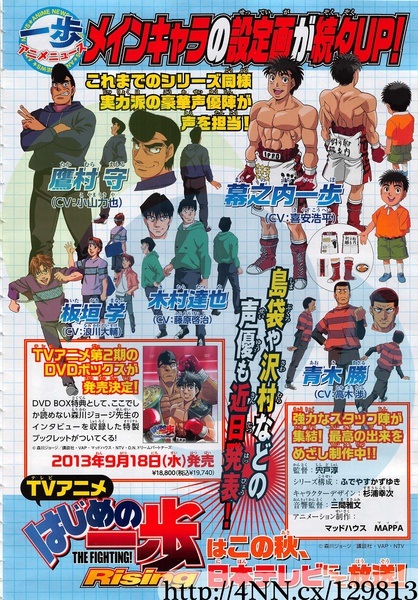 Hajime no Ippo began in 1989 in the Weekly Shounen Magazine. The manga was created by Jouji Morikawa and is still currently ongoing, reaching its 103rd volume in May this year. Since its creation, the series has had little adaptations until late 2000 where it was picked up for an anime adaptation. Produced by Madhouse the first season, which was of the same name, continued for 2 years for a total of 76 episodes. This was then followed by a full theatrical film and an OVA in 2003. The anime series returned in early 2009 as Hajime no Ippo: New Challenger and finished airing mid 2009.

Makunouchi Ippo has been bullied his entire life. Constantly running errands and being beaten up by his classmates, Ippo has always dreamed of changing himself, but never has the passion to act upon it. One day, in the midst of yet another bullying, Ippo is saved by Takamura Mamoru, who happens to be a boxer. Ippo faints from his injuries and is brought to the Kamogawa boxing gym to recover. As he regains consciousness, he is awed and amazed at his new surroundings in the gym, though lacks confidence to attempt anything. Takamura places a photo of Ippo’s classmate on a punching bag and forces him to punch it. It is only then that Ippo feels something stir inside him and eventually asks Takamura to train him in boxing. Thinking that Ippo does not have what it takes, Takamura gives him a task deemed impossible and gives him a one week time limit. With a sudden desire to get stronger, for himself and his hard working mother, Ippo trains relentlessly to accomplish the task within the time limit. Thus Ippo’s journey to the top of the boxing world begins.

Hajime no Ippo: Rising will be airing in the following fall season of anime, which is only a few weeks away. It has been slated for an October air date.