Shueisha’s comics has revealed that the second season of Kuroko’s Basketball will be airing in September this year. It was recently announced that a second season would be appearing, and only now as the air date been revealed. The first season of Kuroko’s Basketball aired last year in around the same time frame and produced by Production I.G. The original manga itself by Tadatoshi Fujimaki is quite popular in Japan selling over 500,000 since the anime aired, and expected to reach 1,000,000 sold copies before the airing of the second season. 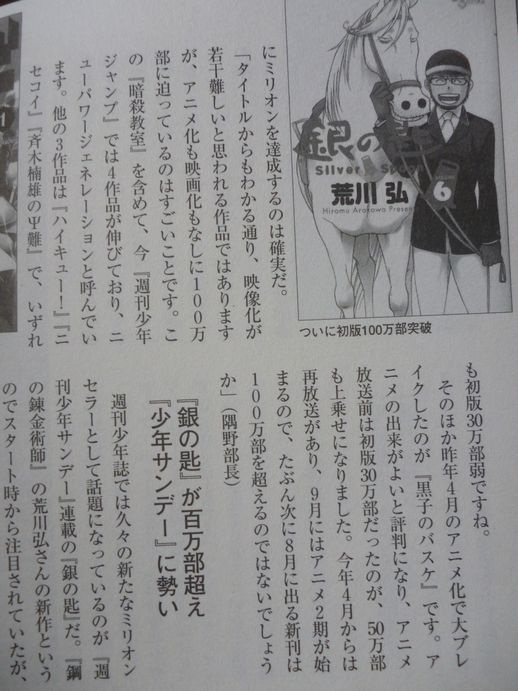 If you haven’t seen Kuroko’s Basketball or know what’s it about here is a synopsis from MAL:

There hasn’t been more information released about what the second season will cover or how long it will go on for, but we can assume that it will continue off where the last season finished. The second season of Kuroko’s Basketball will commence in September this year on MAS.