Last week it was announced that there would be a collaboration between Fate/stay night and the upcoming MMO Monster Hunter Frontier G, an update to the original Monster Hunter Frontier. Now, Vocaloid star Hatsune Miku will be joining Saber in the fight against the wyverns. Players will be able to craft the armour set to dress up exactly like the virtual diva and go out hunting monsters for their special plates and gems. Also in this collaboration, players can also create Miku exclusive weapons which are the hammer and the hunting horn in a Miku theme. 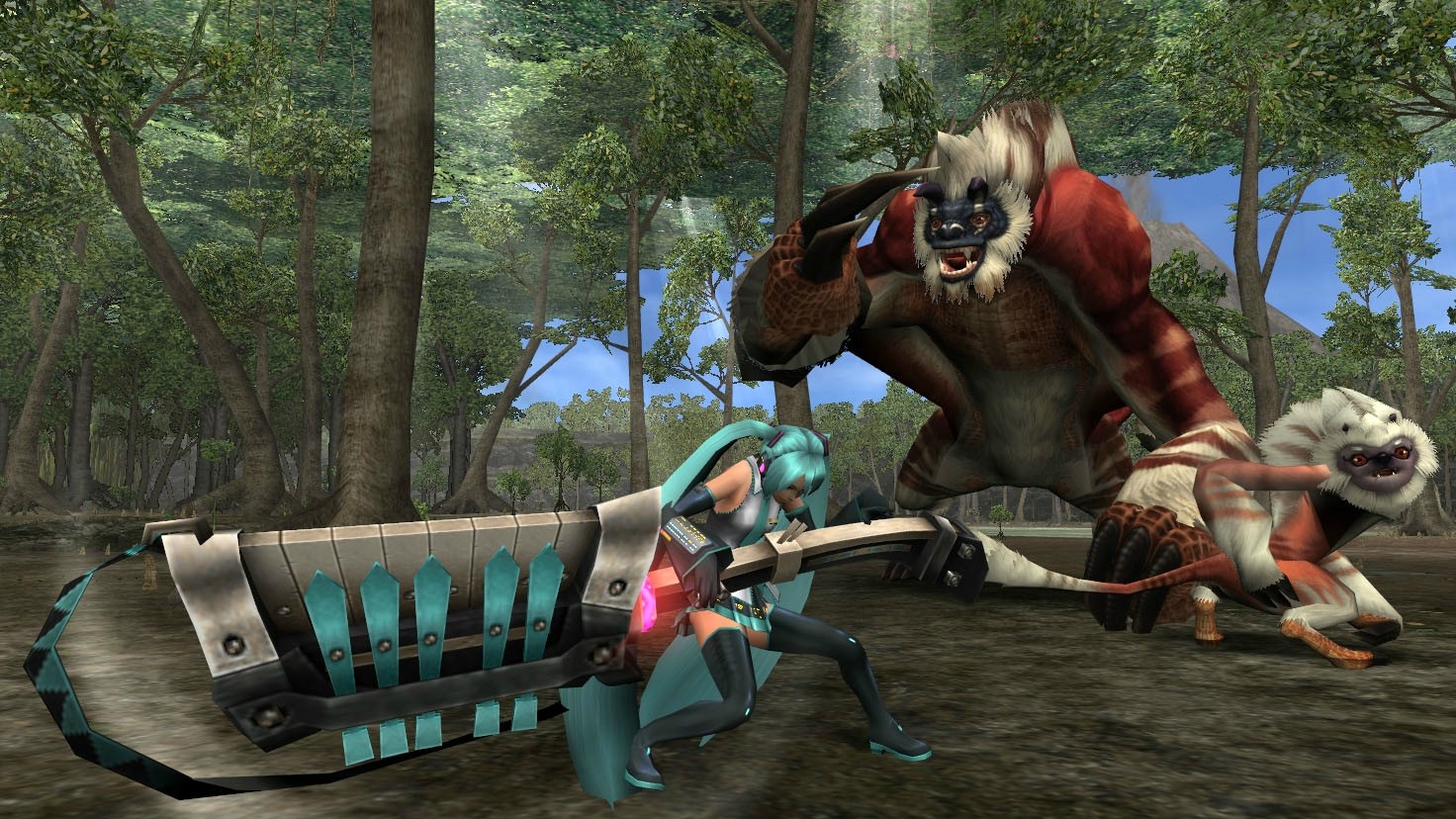 Of course the stats for the weapons haven’t been released yet but you can check out the tune it plays in the trailer below. Here are some screenshots of the Miku armour in action and the new weapons: 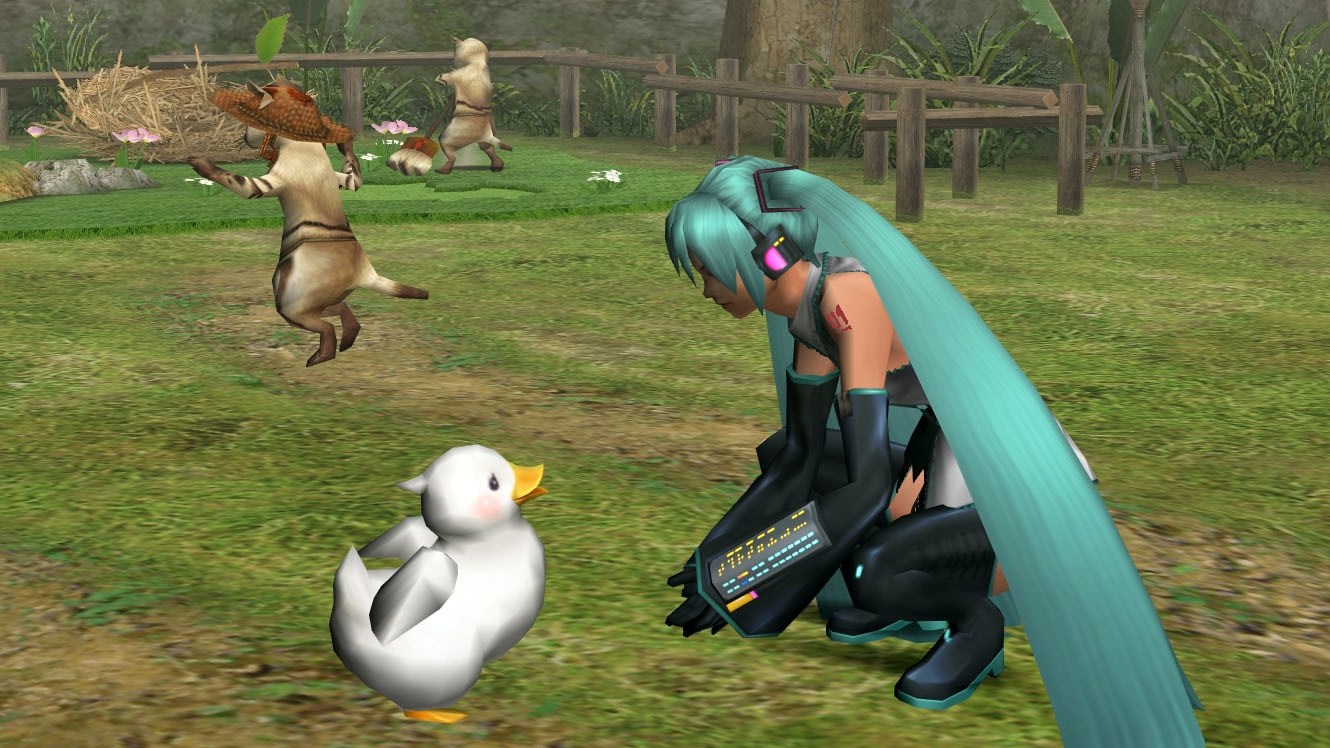 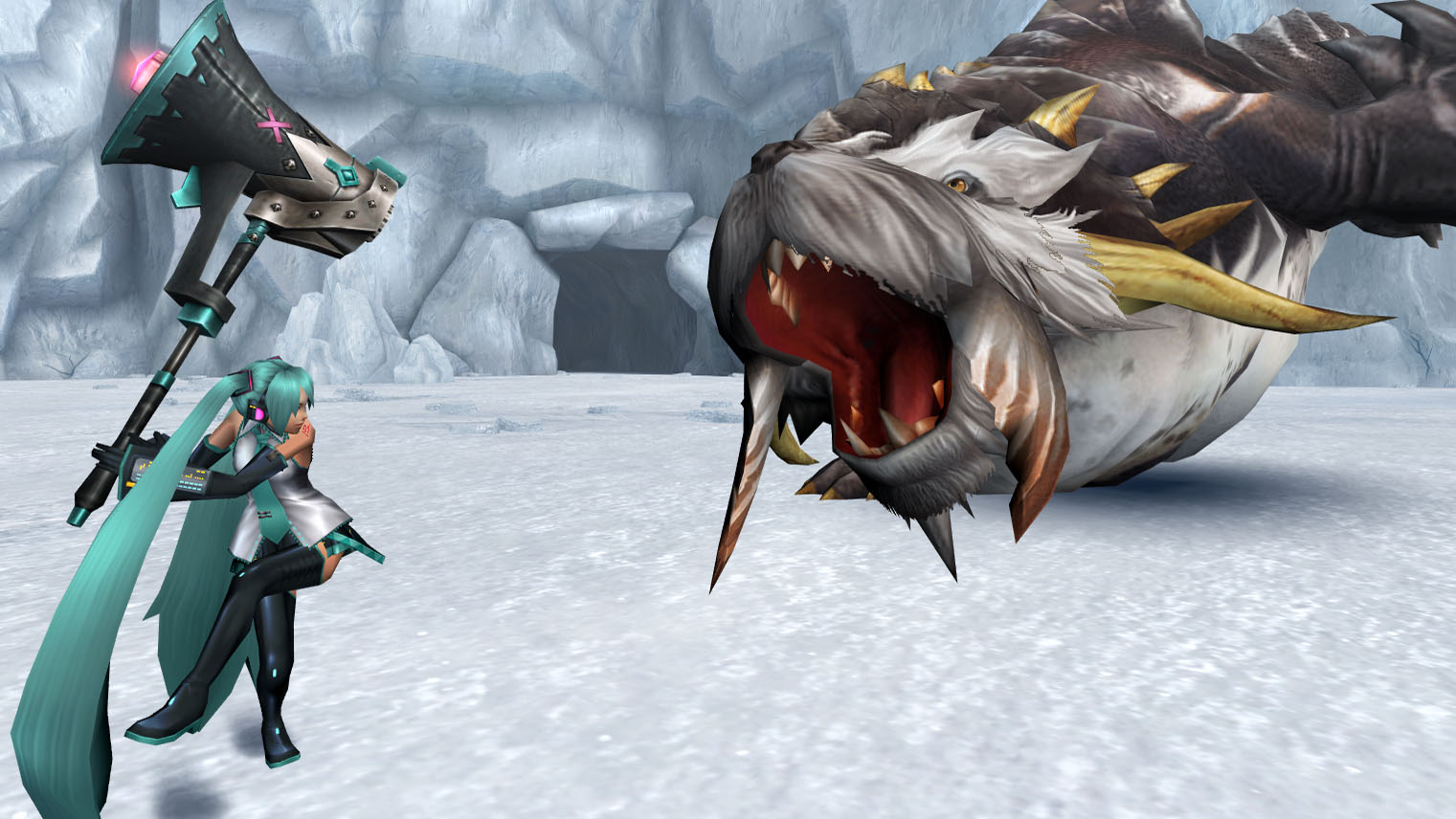 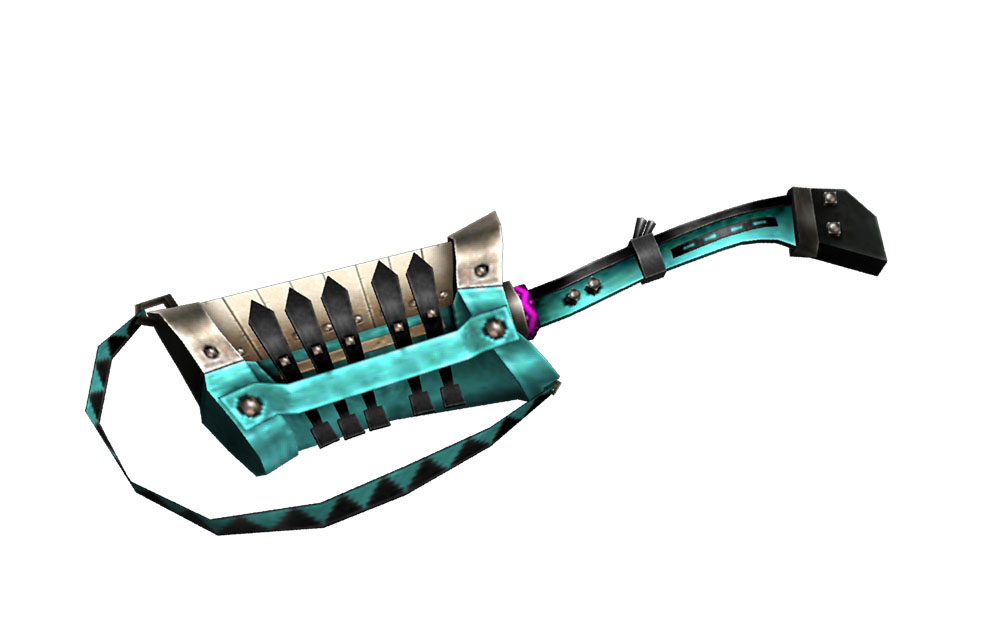 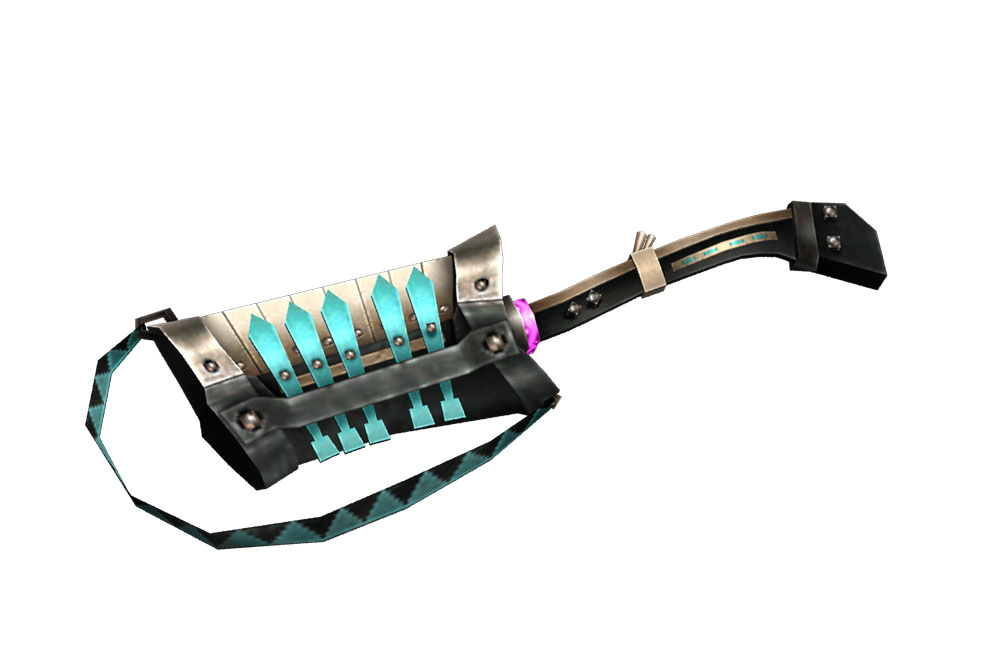 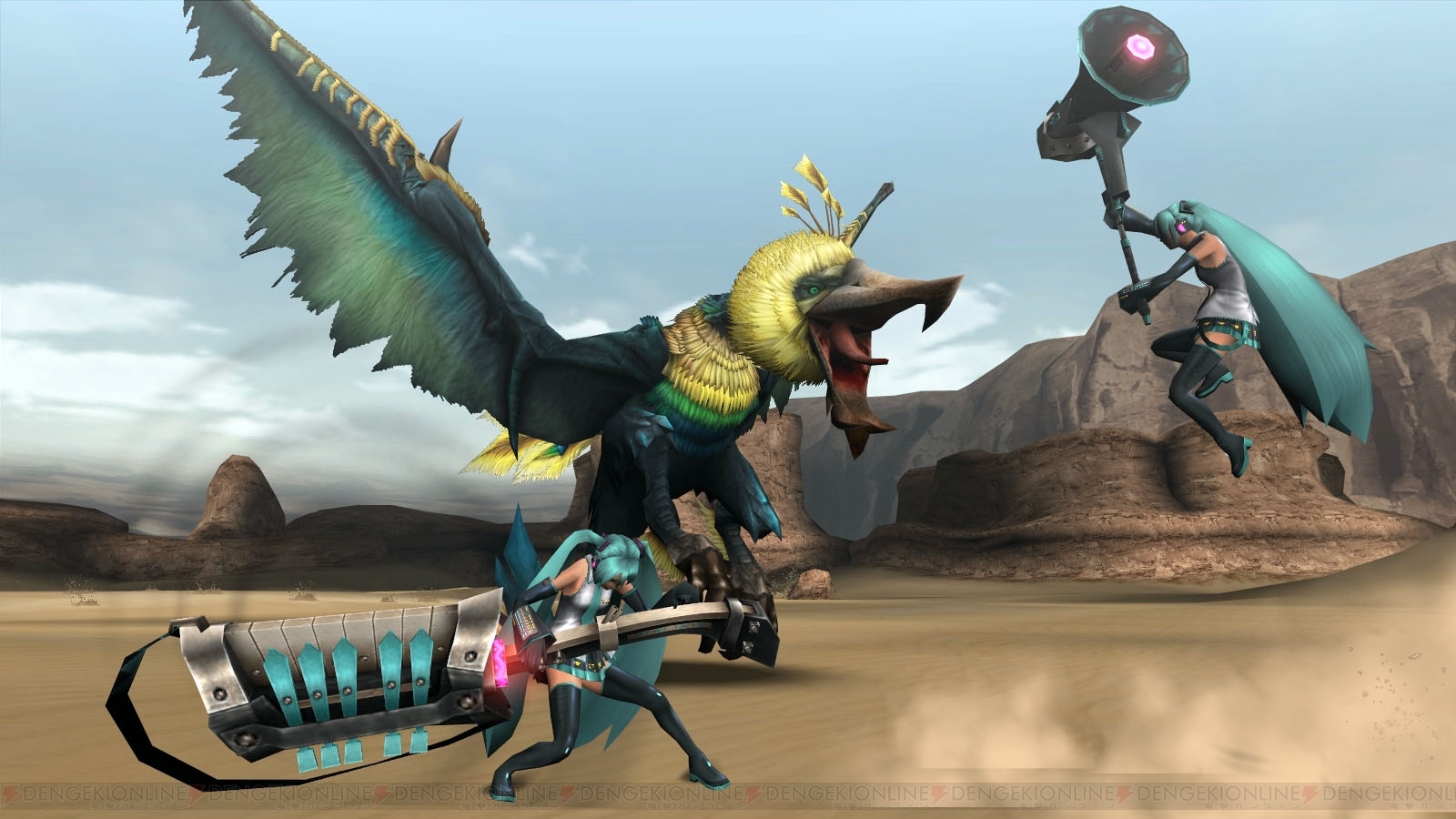 Of course Capcom has released a trailer for Hatsune Miku in action as she charms the enemies around with her new hunting horn.

In addition to Hatsune Miku, some images of the new monsters and their respective armour and weapons, have been revealed for Frontier G: 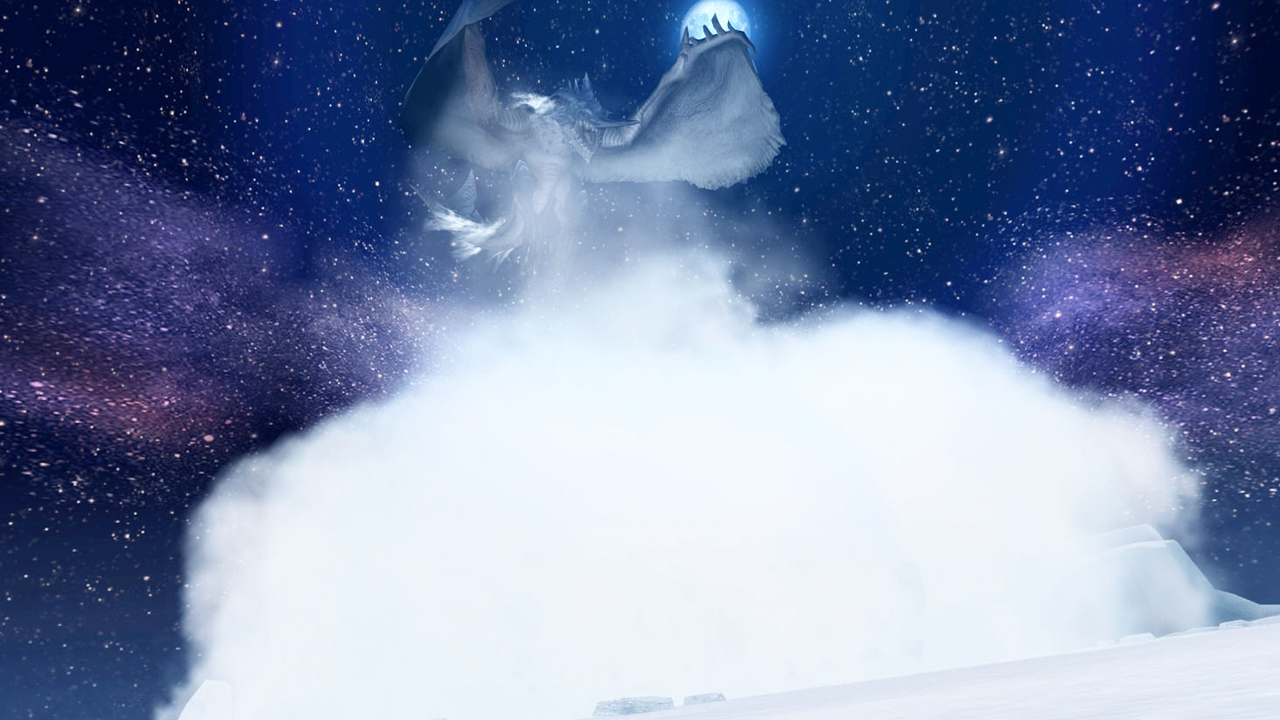 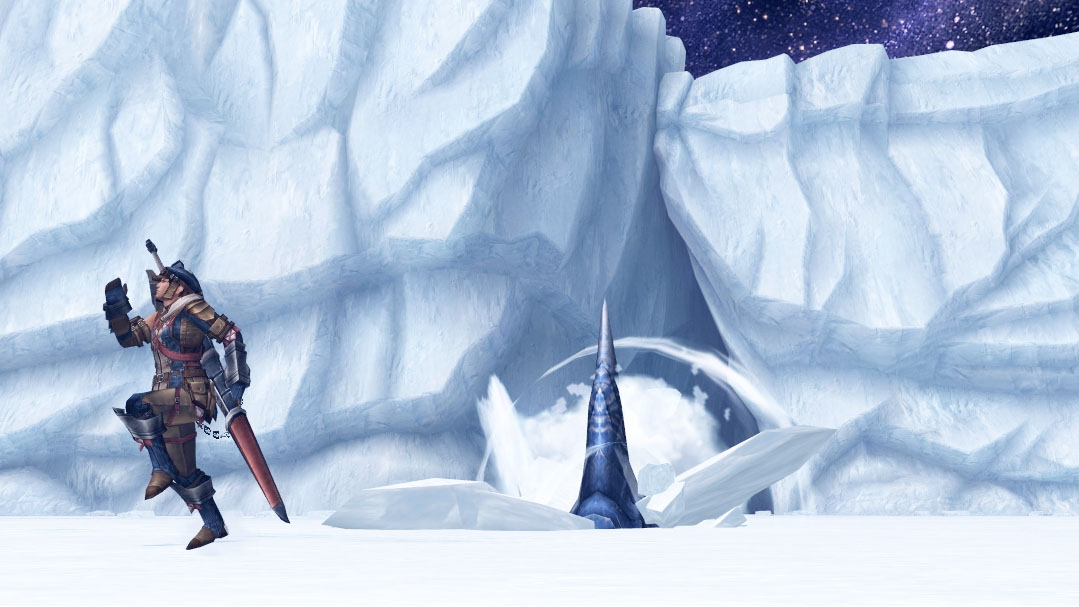 Monster Hunter Frontier G is a new stand alone update to the original Monster Hunter Frontier, an MMO game in the popular series by Capcom. Monster Hunter is one of the most popular series in Japan, with the games appearing on many platforms and accumulating record sales. Frontier allows players to hunt down monsters with lots of people online, as well as forming clans and groups. There are lots of new and exclusive monsters to the game that isn’t found in the traditional Monster Hunter games, such as a large leviathan that requires 48 people to hunt. Frontier G will include 10 new monsters, 21 currently available monsters becoming G-rank as well as numerous new weapons, armours and skills and elements.

Monster Hunter Frontier G will be available for the PC and Xbox 360 on April 17th in Japan and is not expected to release outside of Asia. Frontier itself was only released in Japan and Korea, with no english release planned or announced.