Overlap, the publisher of the IS <Infinite Stratos> light novel series by Izuru Yumizuru, has revealed in a promotional campaign that a new anime of Infinite Stratos has been green lit and is in production. This reveal is seen on a pamphlet revealed on Overlap’s official website. This news comes just weeks after Kana Hanazawa, the voice actress of Charlotte Dunois in the first season of Infinite Stratos revealed that she was voicing Charlotte in a new series, with no mentions to a second season of the anime. We have earlier reported that it could indicate a second season of the anime, but both reveals had mention nothing other than it being a new anime. 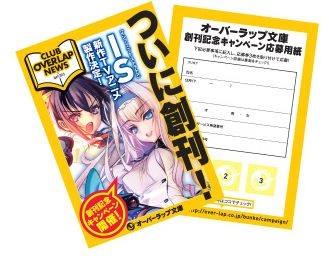 The IS <Infinite Stratos> light novel series had received a restart after some problems Yumizuru had with the previous publisher. In addition, the character designs will be different in the light novels since there were problems with the original artist and a new one has been chosen. Since then, Overlap has announced some new things regarding a project restart. The reboot of the light novel has already been revealed with the previous volumes being rereleased according to these dates:

The long anticipated volume 8 of the light novel series will be releasing on April 25th, as well as a special edition bundled with a DVD which has secret footage.

On April 20, there will be an IS <Infinite Stratos> all night festival event which will be streaming the anime, followed by special talks and an advance copy of volume 8. The event will go on from 10:30pm till the next day and will cost ¥3,800 (~ $38USD). 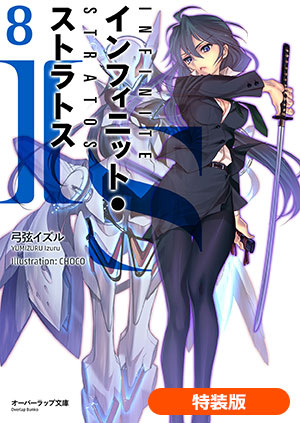 If you don’t know anything about this glorious anime or light novel series here is a synopsis of the anime from MAL:

While a second season of IS <Infinite Stratos> has not been officially confirmed or denied yet, there still will be more Infinite Stratos anime and light novels to tie people over. The restart project is already underway and is only a matter of time before the new anime project will be fully revealed and unveiled.