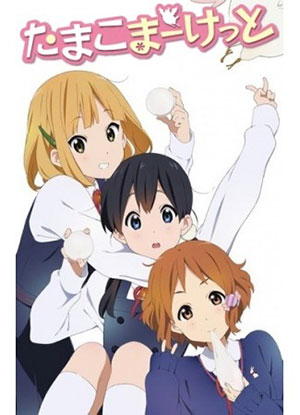 Tamako knows just about everything there is to know about mochi. When she’s not attending her first year of high school, she even invents new flavors and varieties for her family’s mochi shop. But with the help of her best friends Kanna and Midori, two girls whose parents run businesses in the same shopping district, Tamako’s determined to make the best of things. And what’s with up with that strange bird fluttering around, the one that speaks fluent Japanese? It’s all very mysterious and overwhelming, but at least Tamako always has one thing she can count on: No matter if your day’s been good or bad, there’s something sugary and delicious waiting at the end of every adventure whenever you take a walk through Tamako Market!

Without a doubt Kanna is best girl, and you are not taking her away from me!! It’s another day and Tamako gets up and ready to work in the shop. Tamako is busying making mochi where Dera comes in to eat some mochi. Tamako’s grandfather makes a heart mochi since it is almost Valentine’s Day but her father protests against putting such modifications to mochi. Tamako goes and prepares breakfast and the family gathers around and talk about Dera and what they are doing for Valentine’s Day- which is nothing. At school everyone is getting ready for Valentine’s Day, preparing chocolate and wondering if they get any. While Kanna arrives with a massive blueprint for a massive chocolate house while they talk about how pretty Midori is and how she gets lots of chocolates from boys. After school Tamako goes past the arcaded to buy some things but she noticed that the place isn’t celebrating Valentine’s Day at all. At home she speaks with Mochizou through the cup and string phone and tells him about her idea to liven up the place for the special day. 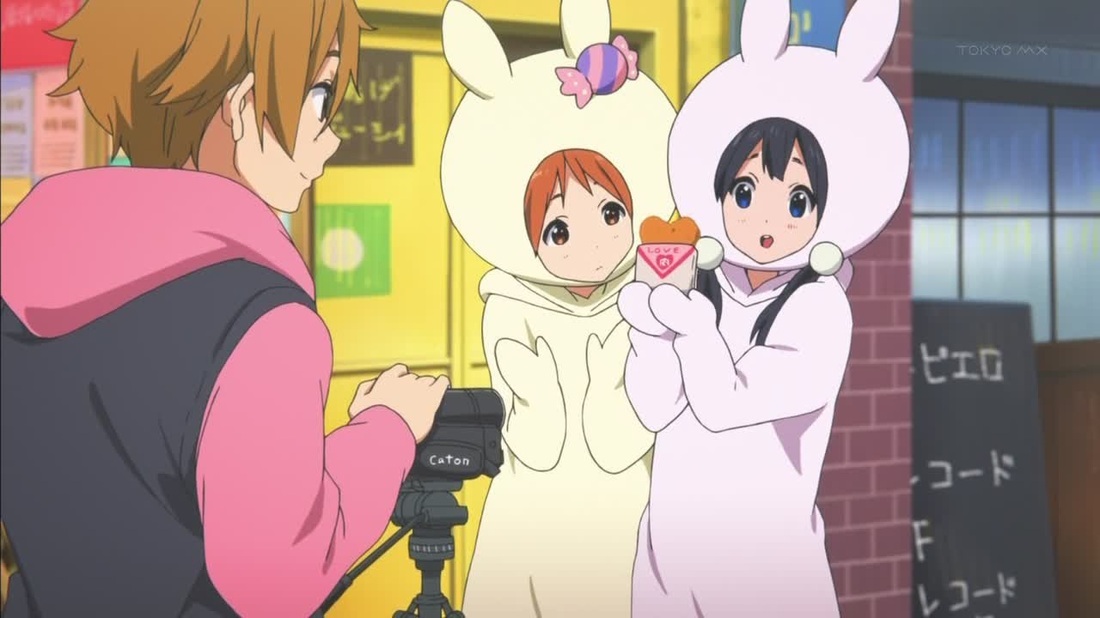 That night they attend the shopkeeper’s meeting where she puts forward her idea. Everyone agrees on putting the idea into motion expect her father. The next day they begin to prepare a video for the Valentine’s Day celebration by wearing bunny costumes and demonstrating the stores. Midori leaves as Tamako, Kanna and Mochizou are busy with the video and Dera tags along with her to the record shop. They discuss Midori’s situation of having a burdened heart. After the recording Tamako returns home to see her father making heart shaped mochi, much to her amusement. Then they begin to screen the Valentine’s Day video and the projector unfortunately breaks down, but luckily Dera is able to use his projector eyes. After viewing the video, Dera begins to screen his prince and his accomplice much to everyone’s surprise. It is then Valentine’s Day and chocolate is given to Midori, Kanna finishes her chocolate house while Dera narrates about love.

There is more moeness in this episode than the first with some more screen time for the best girl; Kanna. One odd thing is that Tamako wears glasses, seen in the beginning and near the end. I too wear glasses but not in those situations: waking up and going to sleep, so it does seem odd. The whole episode is centered around Valentine’s Day and the theme of love. It does seem to revolve around Midori’s love in the episode, which is fine since each main character needs background. We see that she is the popular good looking girl that everyone wants, but not actually love. So she’s in that predicament. Also, Kanna is just as adorable as ever and dam she looks magnificent in that bunny costumes. Both of them also looks amazing during the broadcast of the video where Kanna gave a thumbs up and Midori with the peace sign- also Kanna leaning on Midori was pure bliss. Tamako still has her cute and hilarious moments, especially with her facial expressions. We also see a little bit more in her personality, trying to help her friends and locales. Also, it doesn’t really seem that Mochizou and Tamako’s relationship is going to mature quickly but the end did show a small hint. There is also one thing I realized Mochizou has an earring. Fancy that. 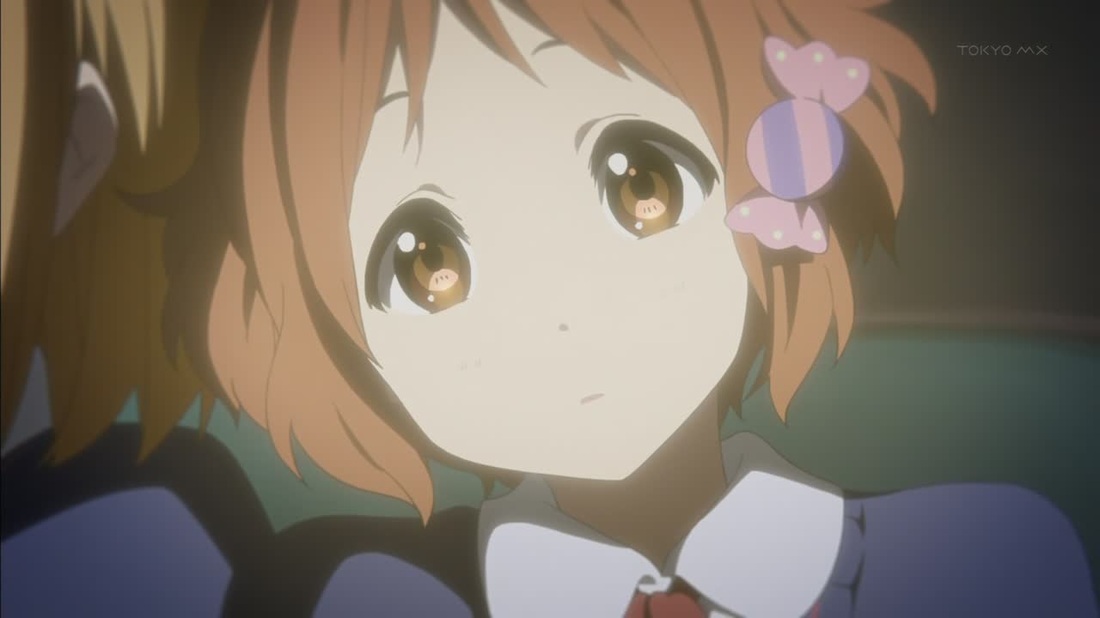 It does seem that Dera is the narrator in the series and it will be interesting to see his perspective on other modern day activities. Also, The prince and his friend were seen and broadcasted to the entire shopping meeting group, which is surprising to them at first yet somewhat diminishing since there is no mention of it after the incident. Maybe they will address it later. It also seems that each episode follows a celebratory day theme, with New Year in the first episode and Valentine’s Day in this. Though I could be wrong since it has only been two episodes. But in both Tamako is both adored by the shopping districts’ employees, and I mean who wouldn’t be? And speaking of adore, there seems to be an underline of love in this episode towards the end, with Midori about what she loves and Dera narrating his interpretation of Valentine’s Day. There are a few funny moments in the episode, usually steaming from Tamako herself and Dera, and there is a more serious vibe with this episode…

The second episode of Tamako Market is lovely, since it is about Valentine’s Day. It is an enjoyable time and anything with more Kanna gets my approval. 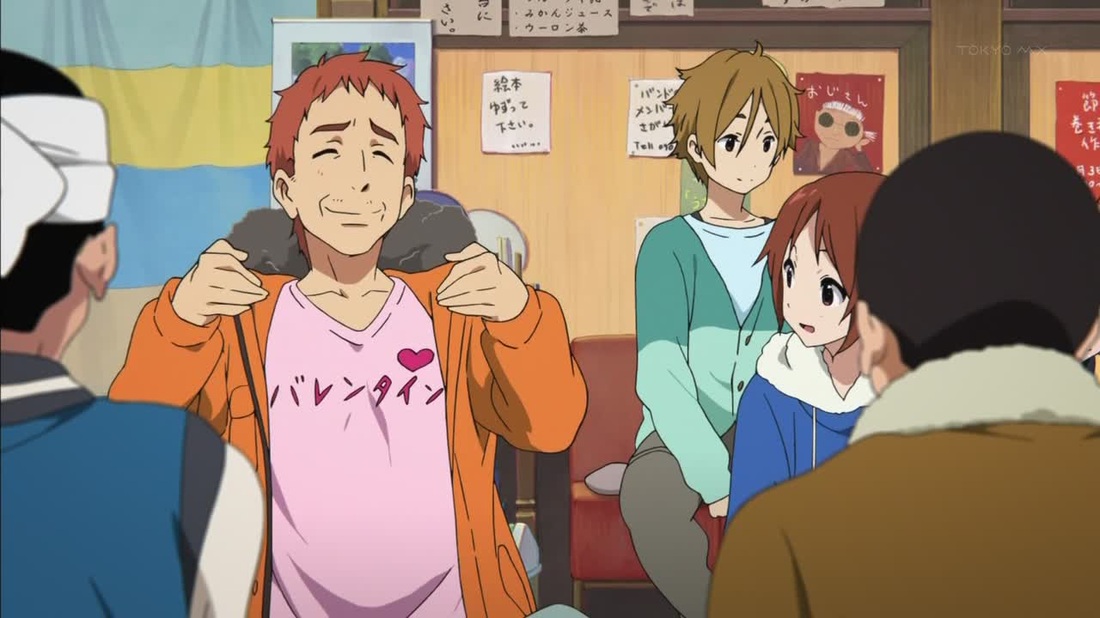 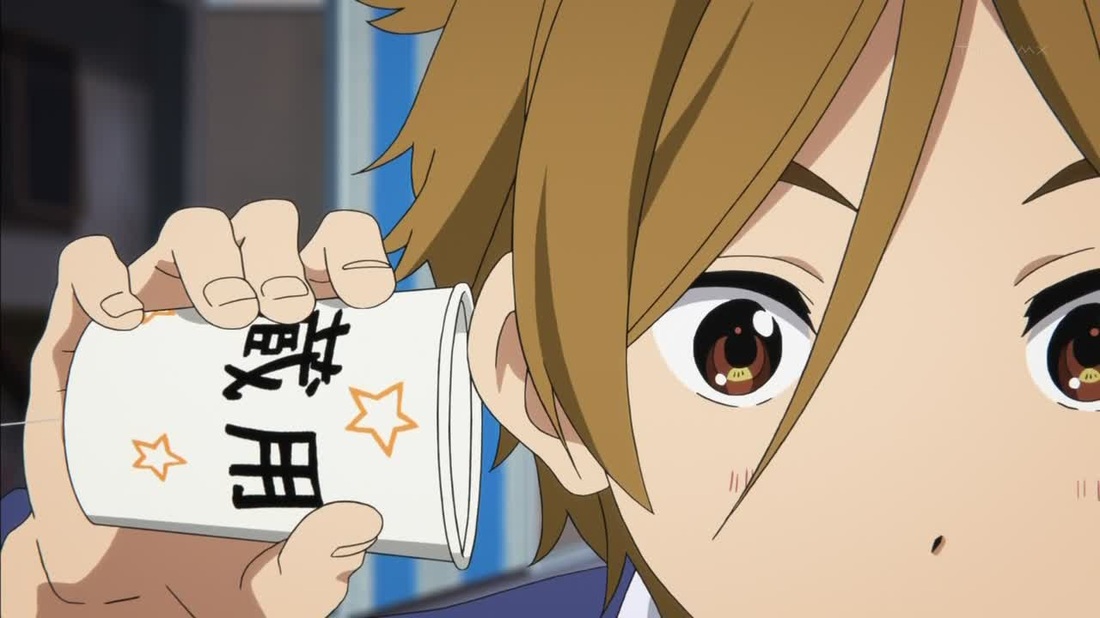 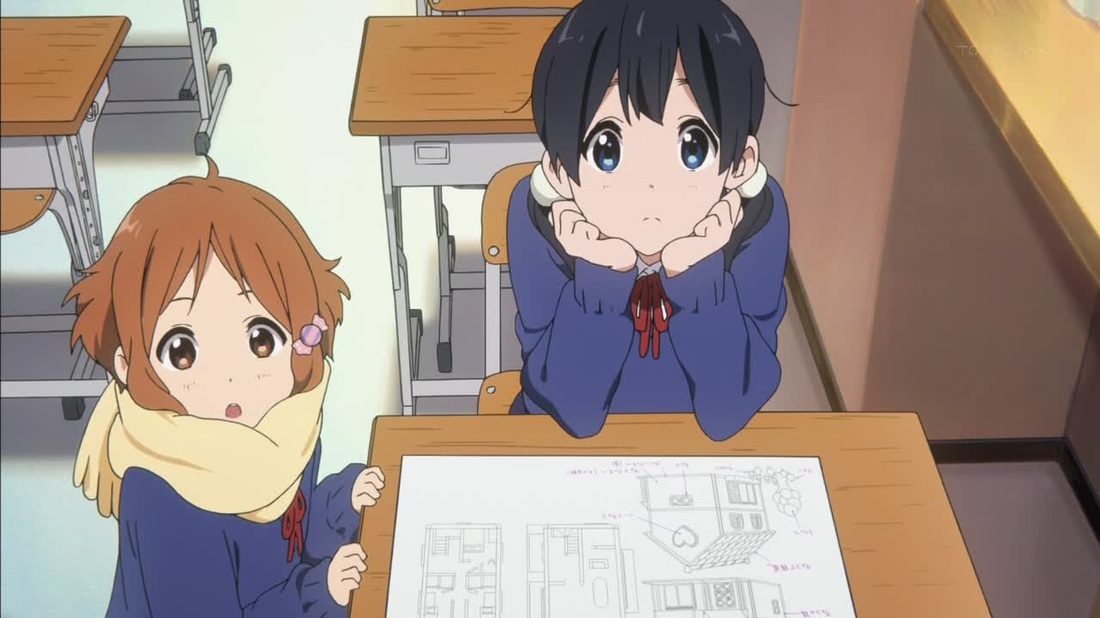 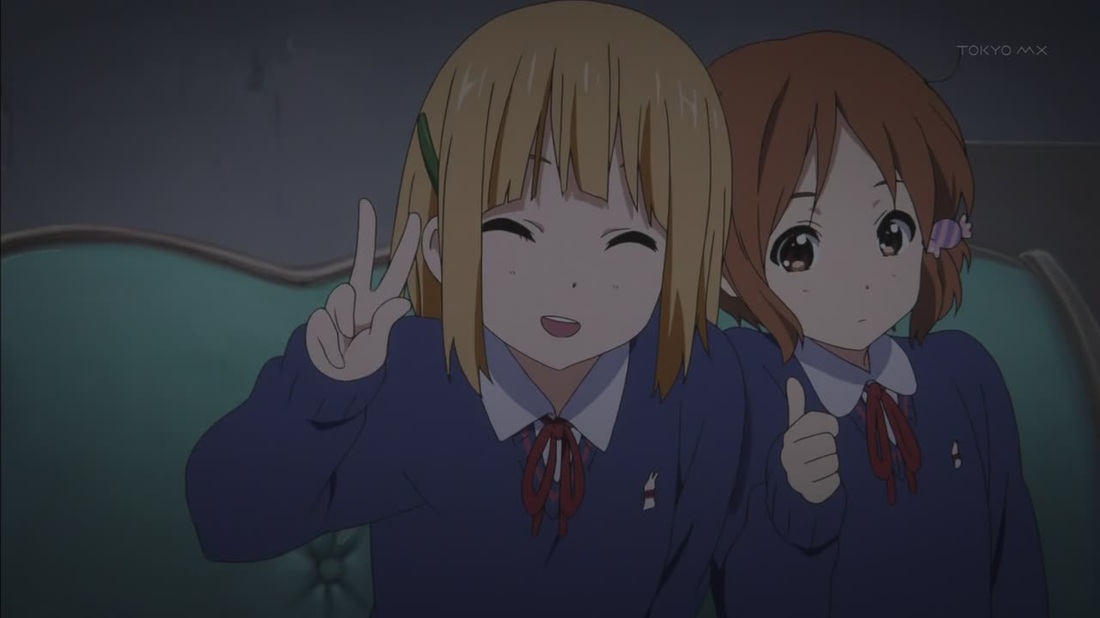