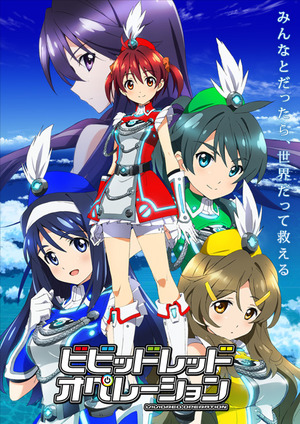 The happy, carefree 14 year old Akane Isshiki lived a poor, but well loved life together with her reliable little sister, Momo, who does all the housework, and her grandfather, Kenjirou, a genius inventor who only created useless devices. In the center of the Blue island rises the revolutionary Manifestation Engine, a discovery that solved the world’s energy problems. But suddenly, the world is visited by danger. An unknown enemy, the Alone, appear, targeting the Manifestation Engine. As none of their weapons worked and they fell into despair, a lone girl takes a stand wearing a red “Pallet Suit” which wields a great, hidden power. Before long, allies gather around her to fight.

We get to find out what docking means, and boy what a treat it is! Kenjirou tells Akane that the power she gained is the only power to defeat the Alone and that they have to dock to defeat the machine. As they proclaim their friendship for each other, Aoi is given her own key to transform into a magical girl. The Alone continues to wreck havoc among the island and military. Akane then summons her weapon, Operation Naked Rang, which is a boomerang- really it’s that stupid. Her boomerang is able to damage the Alone but it fires and hits one of the planes. The plane is about to crash into an aircraft carrier but Aoi is able to save with her new found strength. Then she summons her weapon, Operation Naked Impact, which is a giant hammer- from Super Smash Bros. Her hammer is able to deflect the lasers and so Akane and Aoi begin attacking the Alone. Kenjirou then hacks into the military system to tell the president about the girls and their powers. The two girls find the Alone’s weakness and are able to disable it but need to dock in order to defeat it. 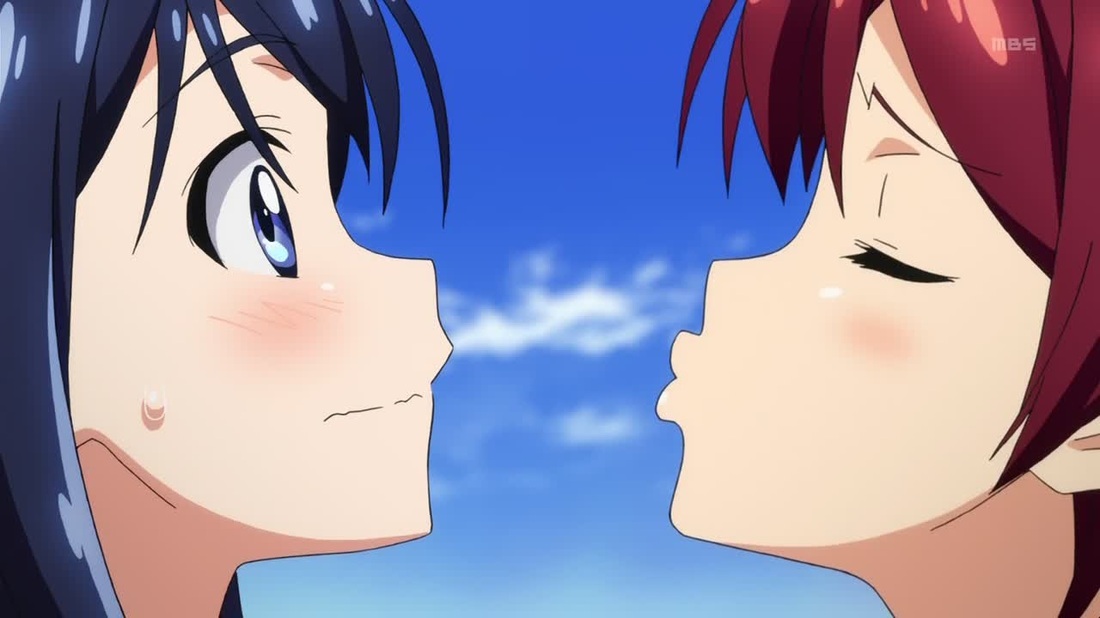 To dock all they need to do was kiss each other, the girls were about to kiss each other in the lips but Kenjirou said they needed a kiss on the head- damnit. But before the docking process finished they were rejected, where Kenjirou stated that their friendship isn’t tight enough- unlike their pants. Then there is a flashback to when Akane and Aoi met and became friends. But suddenly a purple hair girl appears with a bow and fires at the alone, turning it into overdrive and a more powerful machine. Akane and Aoi cannot even dent it now, and docking is the only way to defeat it. Aoi was actually holding back since she doesn’t like tomatoes but that is all cleared up and they began to dock. They fused into one woman- like a female Megaman- and dominate the Alone. The next day Akane and Momo head to school, but Momo is upset she couldn’t do anything. On the way to school, there is an accident and they meet Aoi where she tells them that the school has been destroyed. Then a woman comes along and tells them they are being transferred.

This episode was just pure crazy nonsense that usually defines this kind of anime. The animation is absolutely amazing this episode with all the flying around and the crazy laser attacks, though the CGI is meh. This episode also finally introduces what docking means and the powers of the key and vividred operation. It seems that docking involves kissing on one’s forehead who has established a tight bond with, so their power is fueled on friendship- great. And Aoi and Akane almost kissed each other and for some reason I was looking very forward to it… what have I become? Other than that, it is the usual magical girl saving the world affair with their powerful attacks and innocent demeanour. Also, docking is pretty much fusing and apparently Aoi + Akane makes a female mega man with a giant hammer, which destroys everything. Despite copying the magic hammer from Super Smash, the character design was very good. 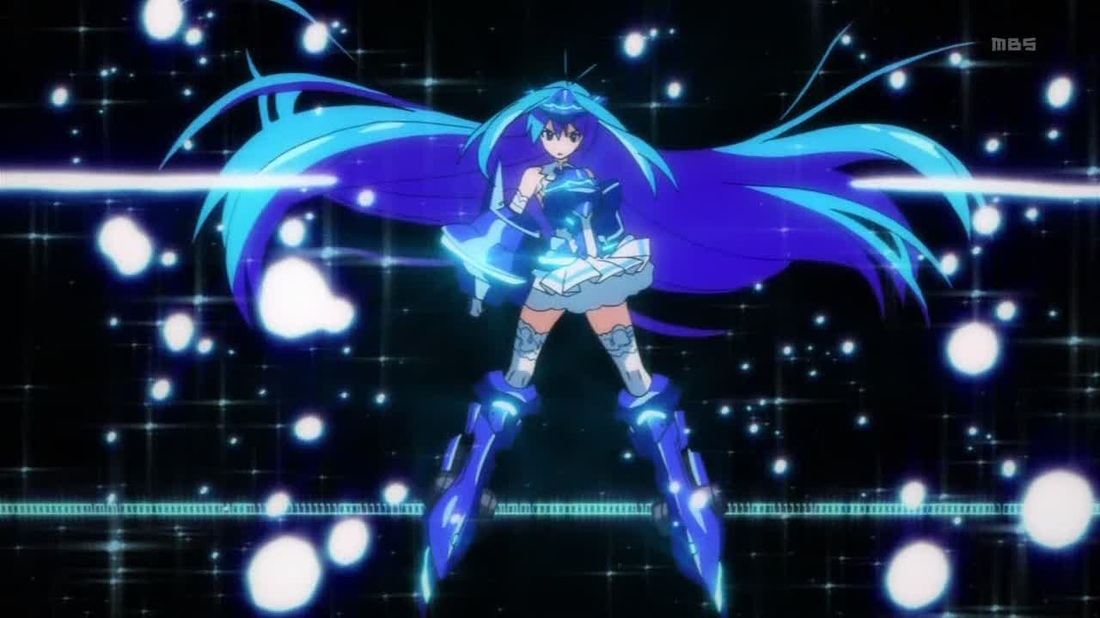 We also see that the pilot from last episode, which had her own proper screen time, plays some importance since she directly meets with the girls at the end. While the action scenes themselves were cool to look at, I really didn’t feel any sense of danger or immediacy when the Alone went all psycho, maybe it’s because it’s a magical girl show…hmmm. Also, the presumed villain appears who is the purple hair girl from the intro in the beginning. There is one thing that is super weird in this episode, when Akane and Aoi transformed for the first time they were completely naked. I mean why? And how come in the second time they are not naked and instead wear their tights? I don’t prefer them to be naked but it seems somewhat inconsistent unless Aoi being trouble somehow caused their lack of clothing.

This episode also introduces the opening and reintroduces the ending. The opening has the most typical loli happy going animation and music ever conceived. The song is J-Pop and is rather upbeat and all happy, while the animation is pretty much the same. We see all the main characters and their powers as well as their unique traits and them smiling. So it is all genericness. The ending for the first episode was rather lazy and stupid, so them changing it was a better move. The song in the ending is like the opening, but even more cheery. And the animation is pretty much as lazy as the first ending- if you can call it that- with random screens of Aoi and Akane and just one animation of their hair moving. It may change when more characters are introduced but it won’t add much at all. So the opening and ending are cheery and happy as this show can be, so based on that you can tell where this is going.

The second episode of Vividred is full of action, against giant machines and possible girl on girl action. It is nonsensical and fun to watch so if you want stupid lolis in tights, this seems to be the one thus far. 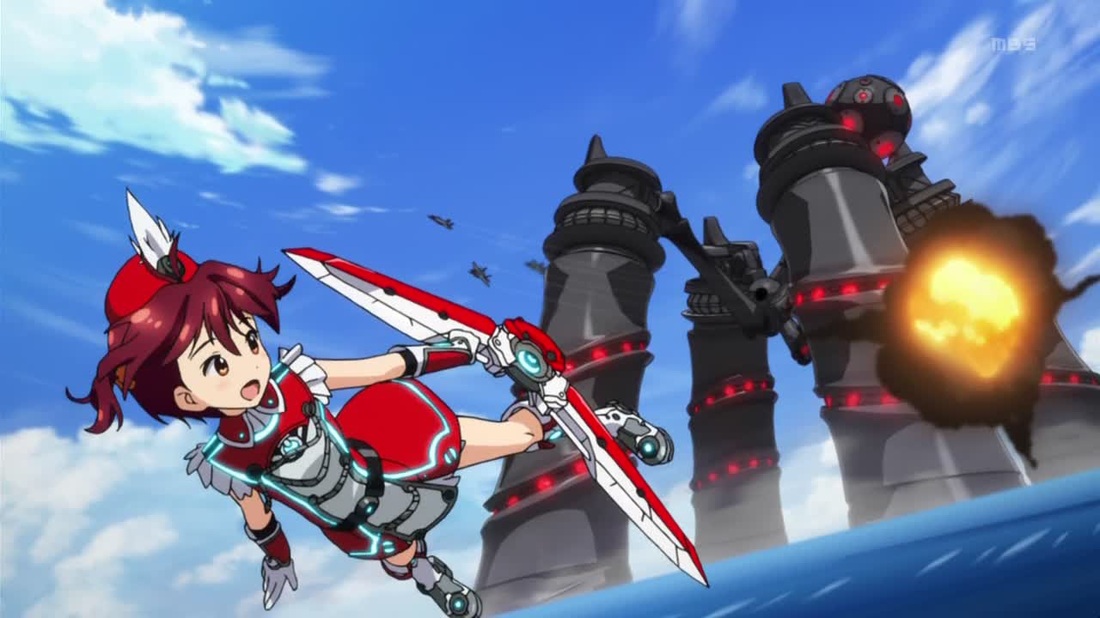 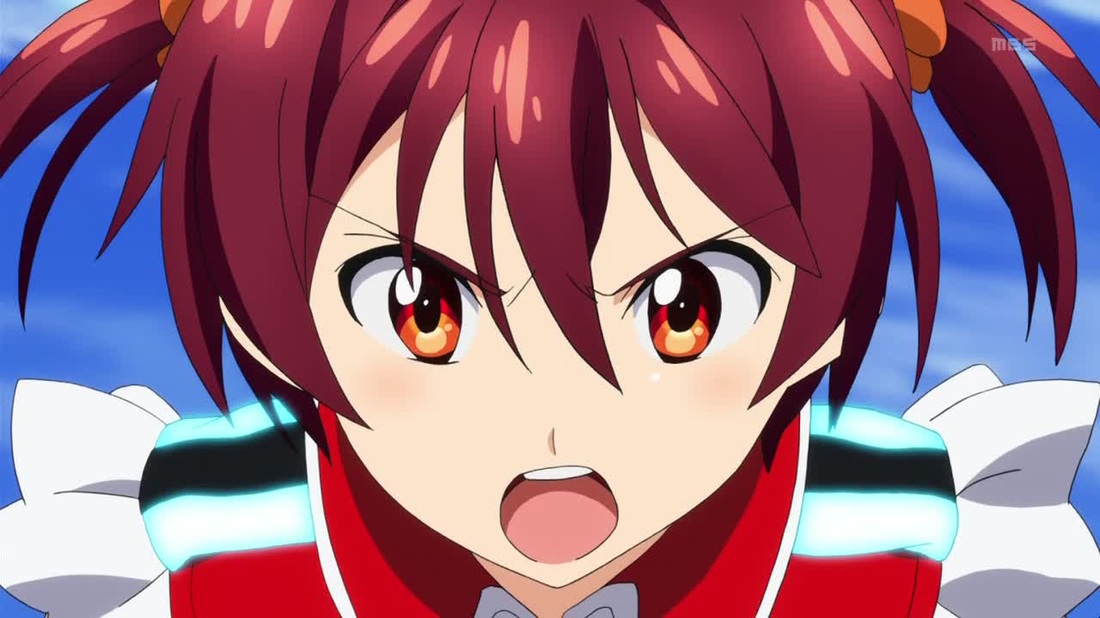 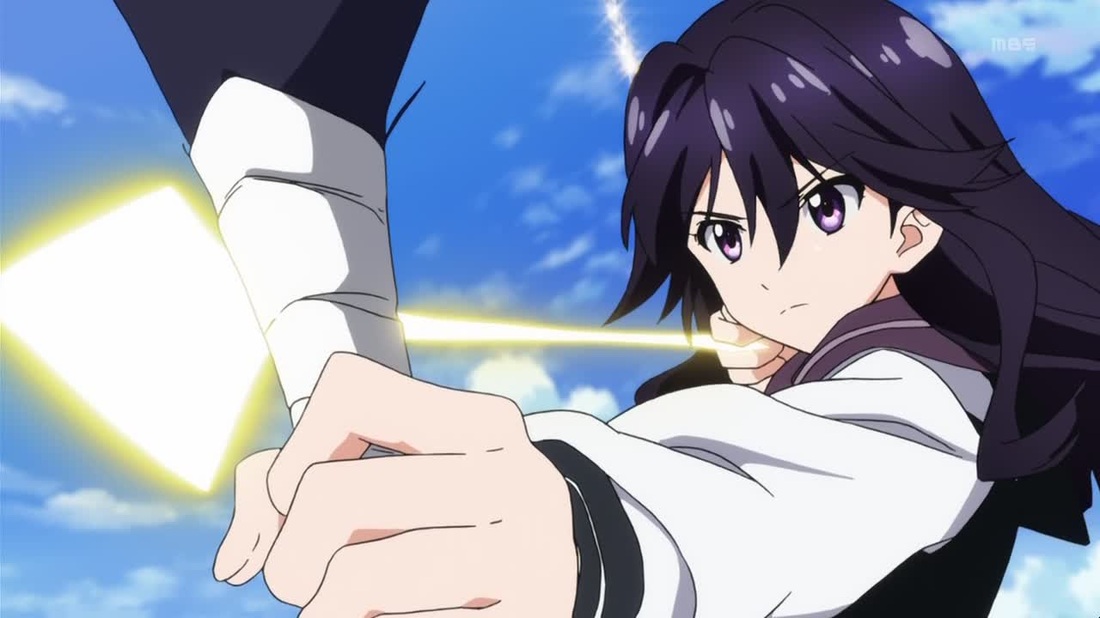 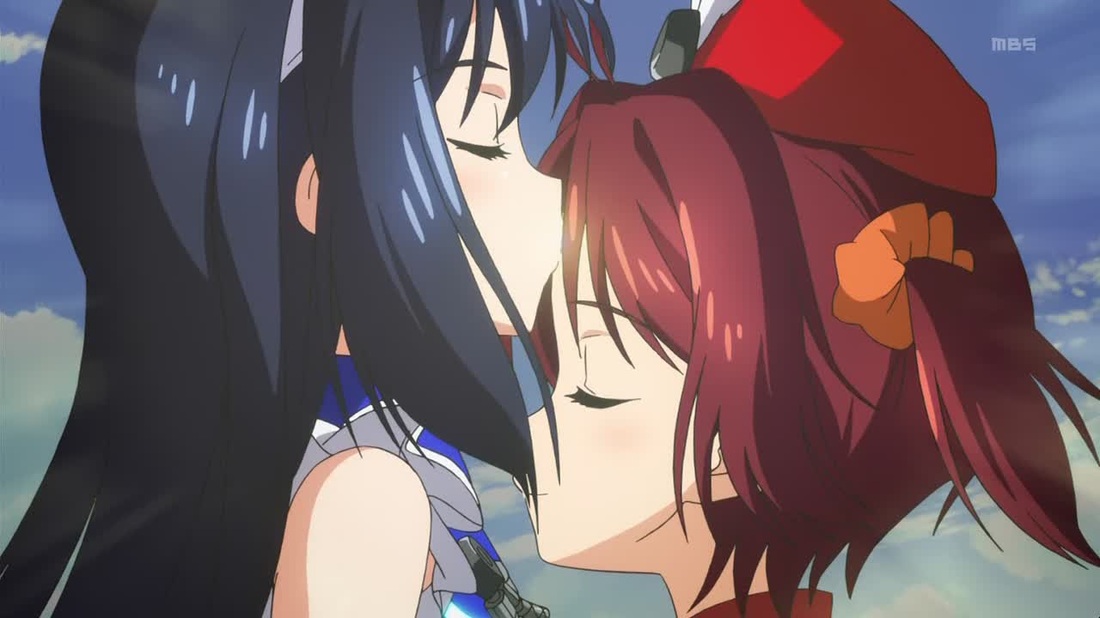