The annual gross profit figures and statistics have been released for 2013. Reported on by the Association of Japanese Animations, these figures have been compiled into a more condensed and less convoluted set of graphs. Theses graphs were created by AnimeJapan and were shown off at their 2014 event, over the past week. The figures covers the gross totals that anime has gained that year in Japan. They also cover international sales as well as distinguishing how much profit is made, and a breakdown of which sub-sector gains the most profit.

So here are the statistics for annual gross of the 2013 anime industry (Click the images for full resolution): 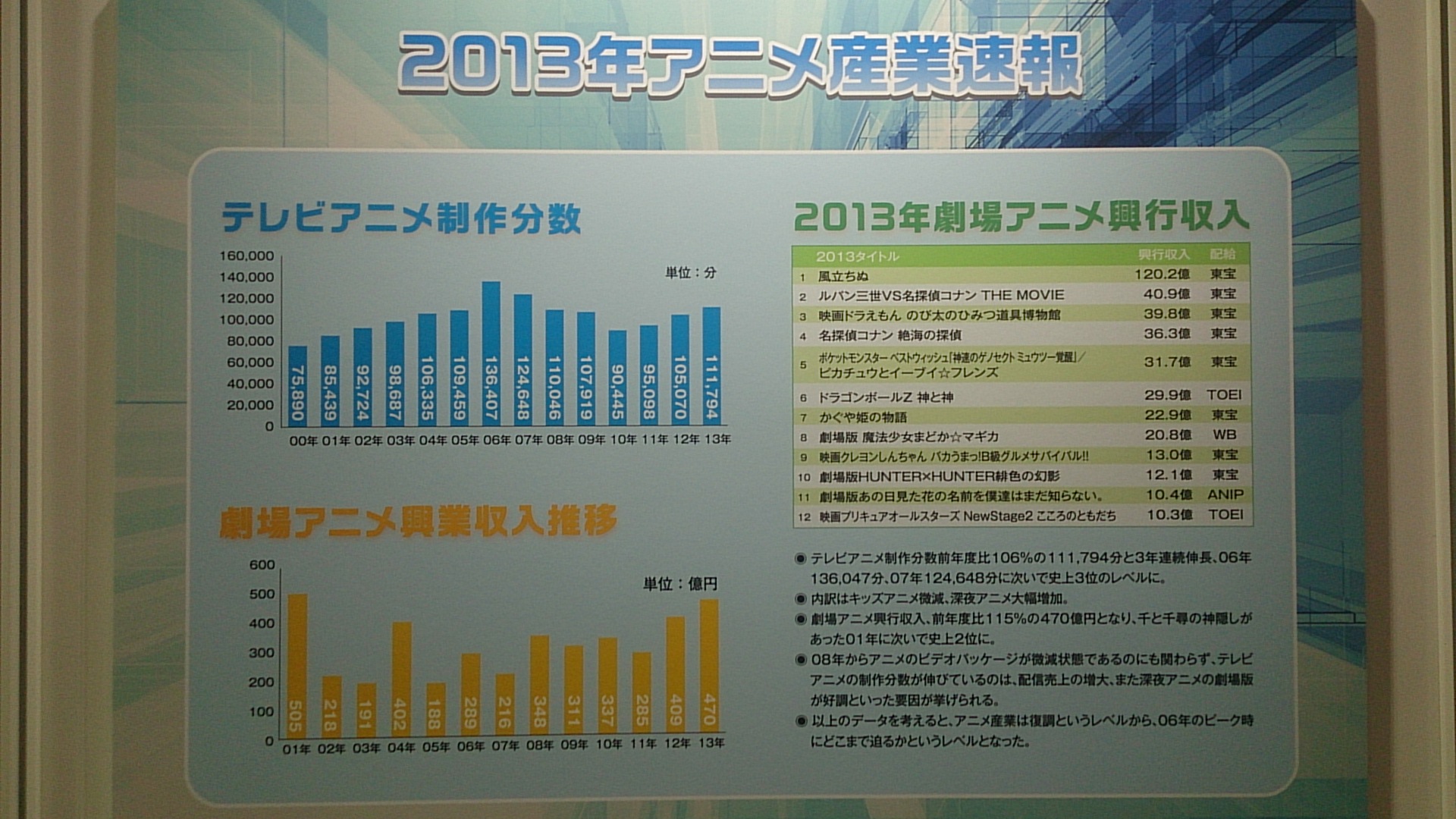 The image below has English annotations so you will be able to understand it. It covers the total sales of the distribution of anime and its related products, a breakdown of how much consumers pay and what for, and the total number of TV anime. 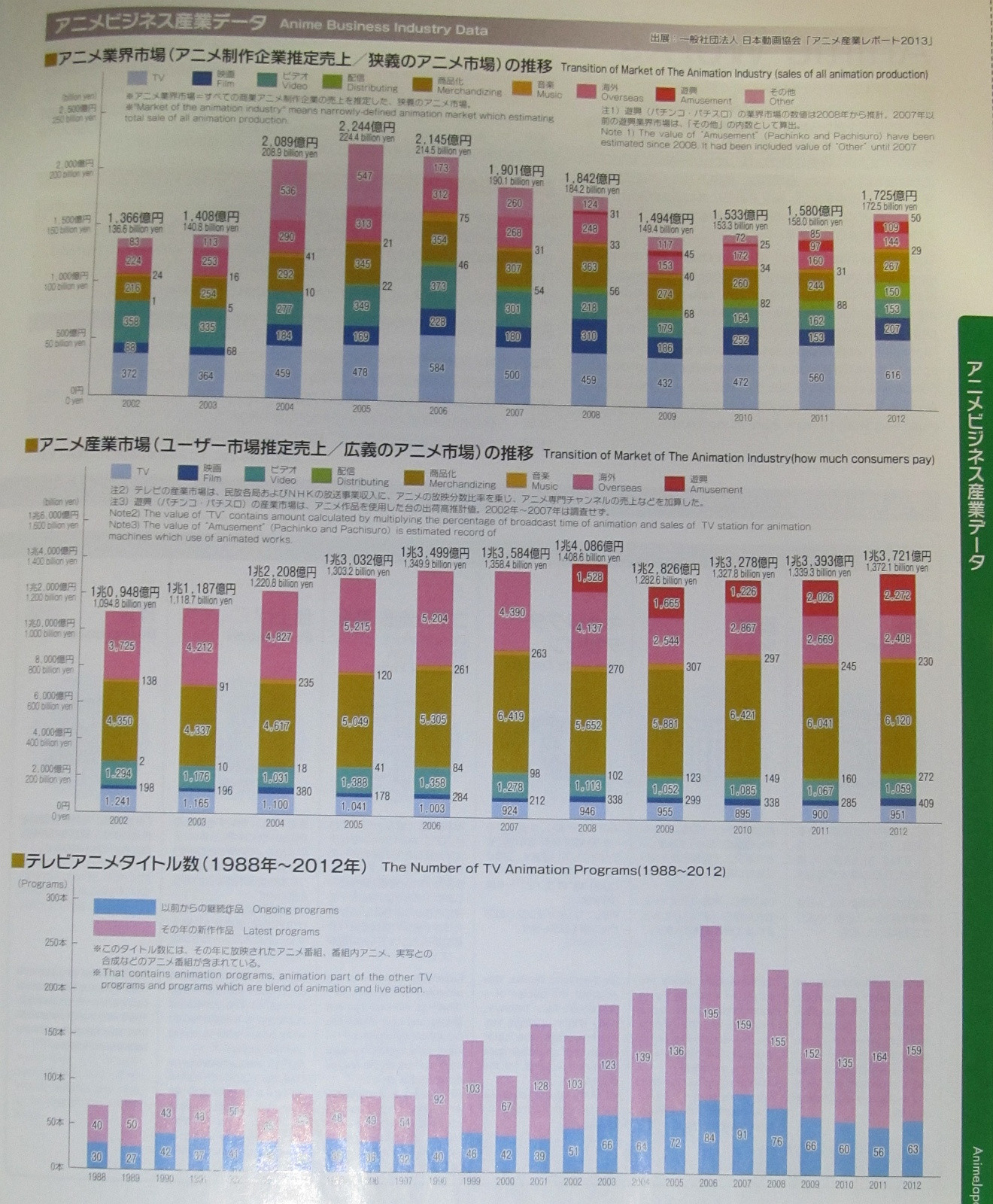 So these were the stats and facts about the year 2013 in the anime industry. According to the numbers, the anime industry is increasing in gross revenue, with anime movies being at an all time since 2001. Additionally, anime sales has been on the increase since the 2009 slump.

 These graphs were gather by the Association of Japanese Animations and presented by AnimeJapan.
These images were taken by Reddit user Homu.