At the recent Machi✩Asobi anime event, animation studio ufotable has revealed the posters that will promote the 2014 Awa Dance Festival, which will be held from the 12th of August to the 15th. The new posters will feature characters from the upcoming Fate/stay night anime series from ufotable themselves. 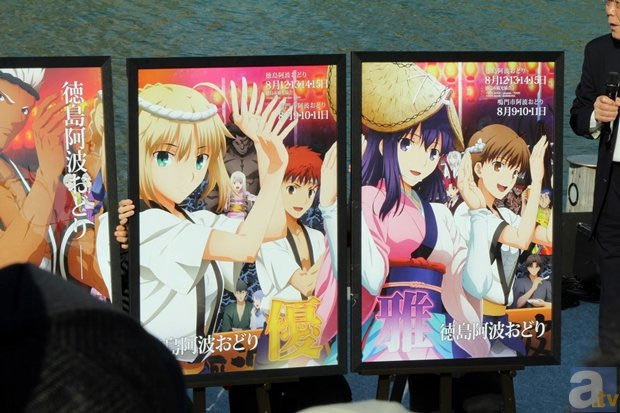 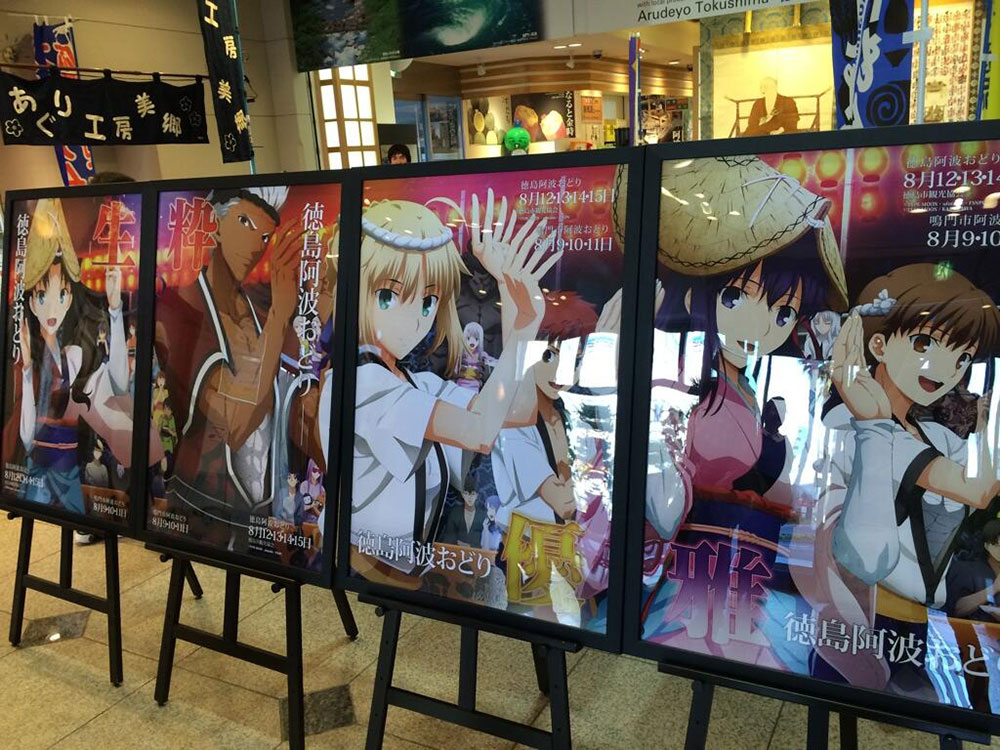 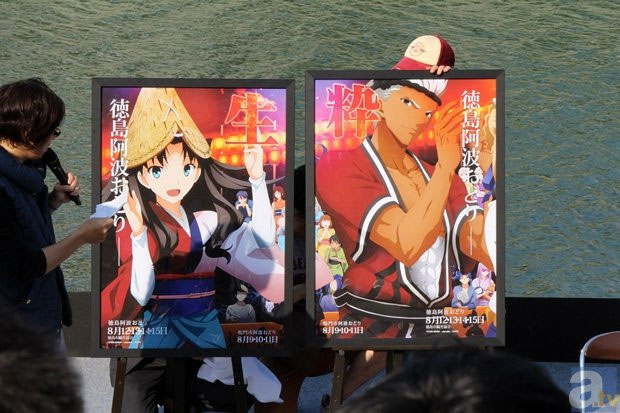 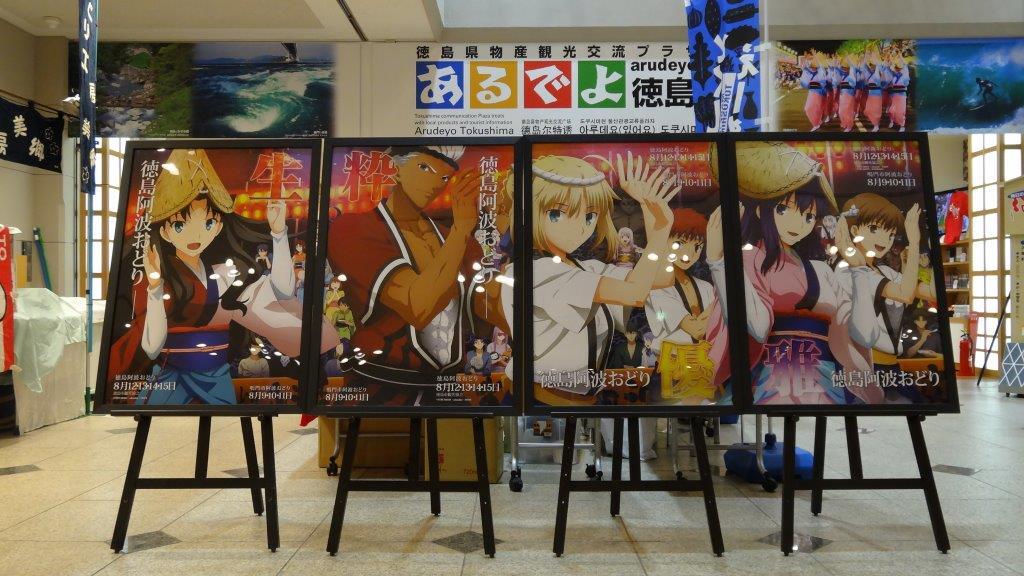 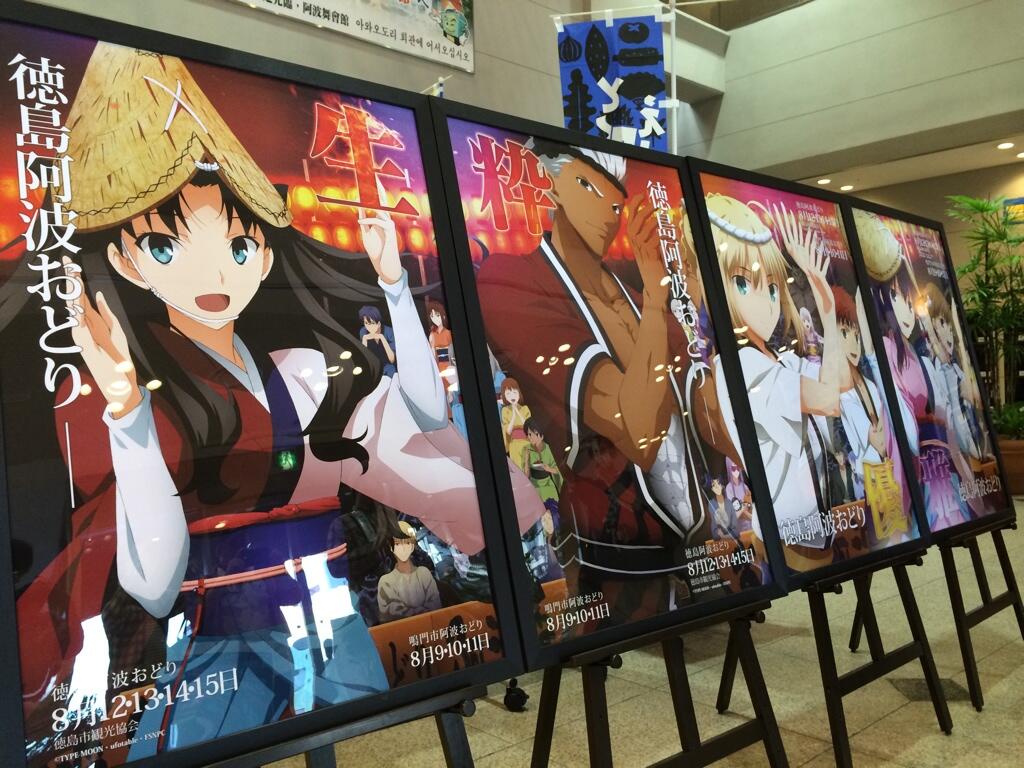 The Awa Dance Festival is an annually held as part of the Lantern festival in Shikoku, Japan. It is Japan’s largest dance festival and attracts over a million tourists every year. ufotable have been very active in supporting the festival, designing many posters of their anime series to promote it, and this year is no different, since 2009.

Here are some of their posters from previous festivals, which feature Kara no Kyokai, Touhou Project, Fate/Zero and more. 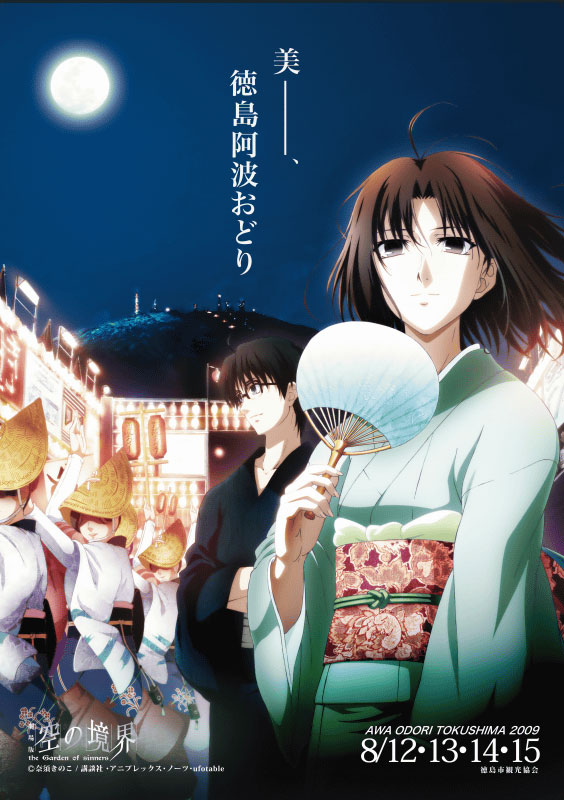 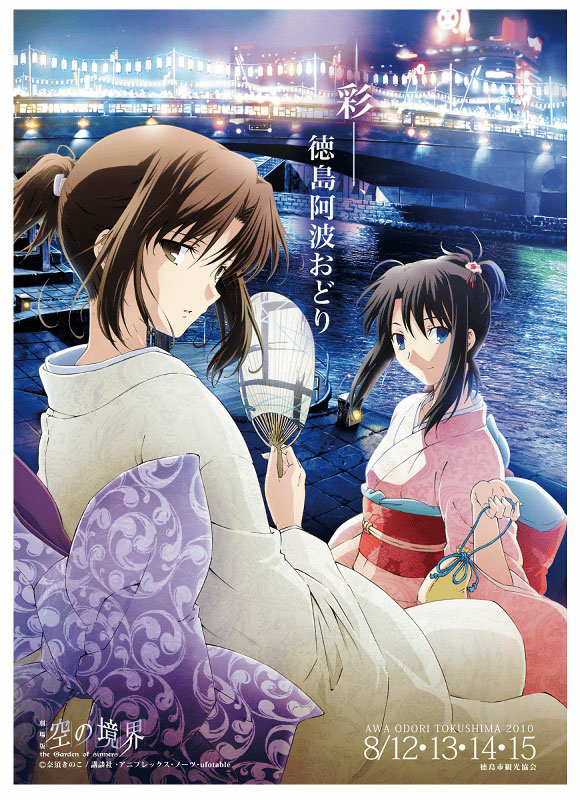 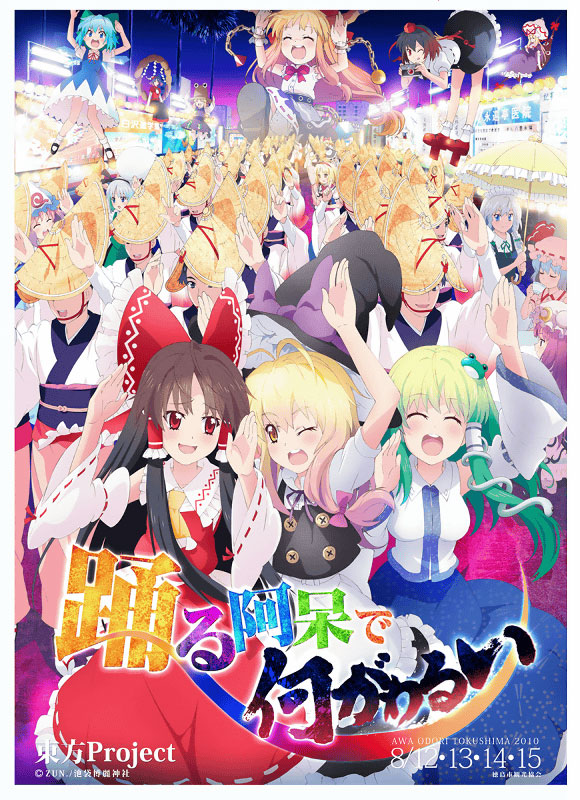 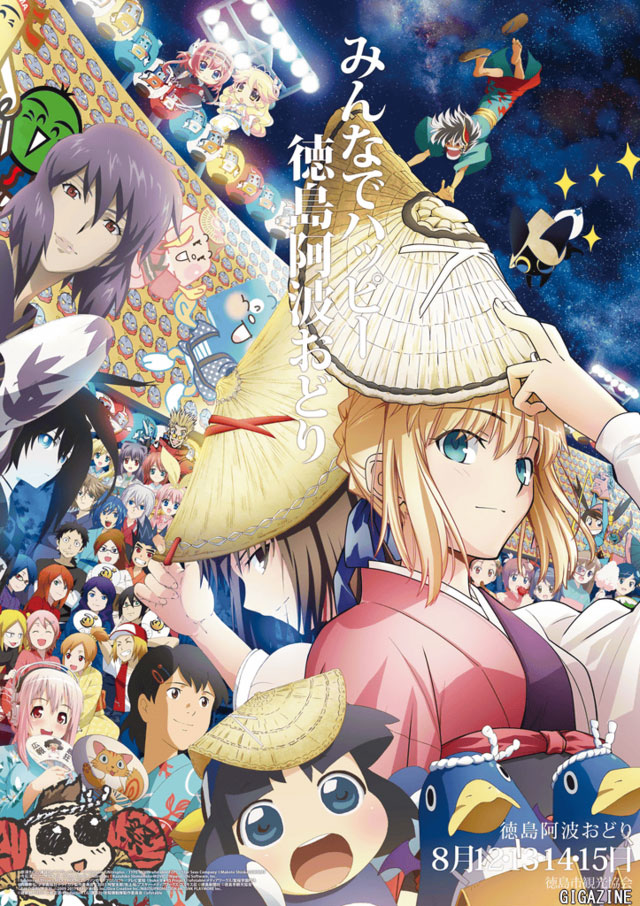 The 2012 and 2013 versions were part of one big poster, featuring Fate/Zero and Tales of. characters.

Fate/stay night was initially released by Type-Moon as a visual novel for PC in 2004, and is the first in their Fate series. The visual novel was very successful and claimed the title of highest selling visual novel in that year. 2006 saw two adaptations of the game, a manga by Datto Nishiwaki and an anime series by Studio Deen. Additionally in that year, a light novel series titled Fate/Zero was written by Gen Urobuchi. It is a prequel to the visual novels, set 10 years prior. An anime and manga adaptation of Fate/Zero were eventually produced, with the manga written by Urobuchi himself and the anime being animated by ufotable in 2011. A second season of Fate/Zero was also produced.

Here is a synopsis of Fate/stay night from MAL:

The Awa Dance Festival will be held from August 12th to the 15th in Shikoku’s Tokushima Prefecture. Keep an eye out on these Fate/stay night posters in the weeks leading up to the festival around Shikoku.