Here is the first commercial for the recently announced Angel Beats! Blu-ray Boxset. The boxset will contain all 13 episodes of the original anime and the OVA Stairway to Heaven. The boxset will also contain audio commentary of the voice actors and actresses as their respective characters, as well as a special box drawn by Na-Ga, the original character designer of the series, and a digipack designed by Hirata Yuzo, the anime character designer and animation director of Angel Beats! There will also be interviews and comments about the series, as well as all articles that were published in Dengeki G’s Magazine. Lastly, the boxset will contain a brand new OVA titled Hell’s Kitchen.

Here is some additional details about the box set: 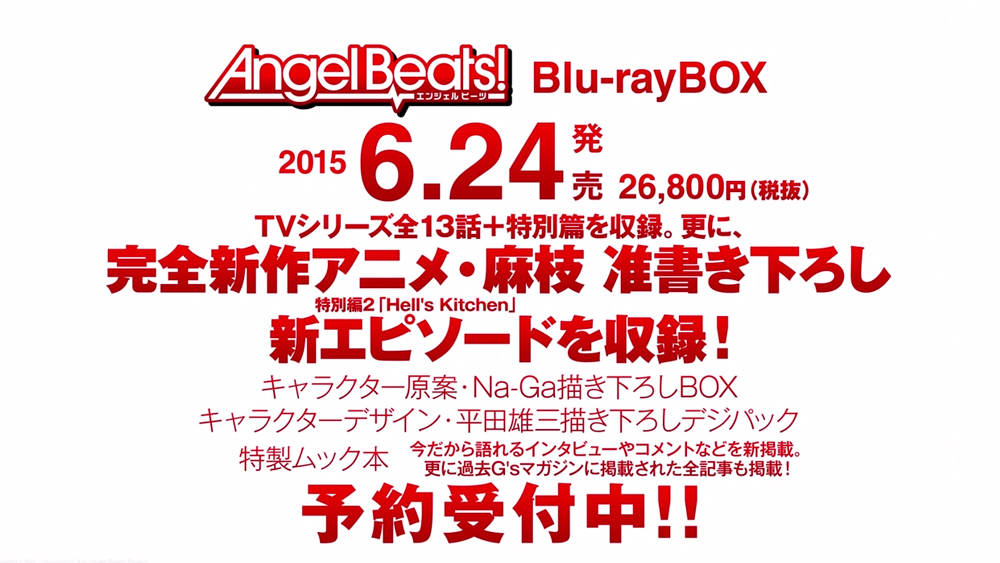 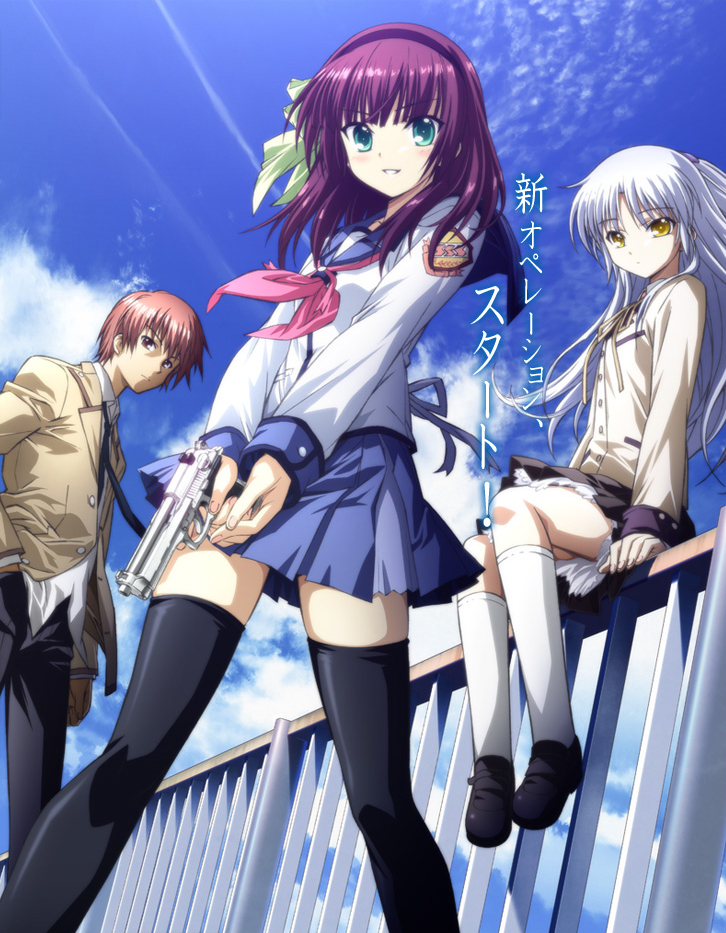