A brand new trailer has released for the upcoming live action film adaptation of Io Sakisaka’s manga Ao Haru Ride. The film is a slice of life that follows Futaba Yoshioka as she tries to start a new public image in high-school being as unladylike as possible. It will star Tsubasa Honda (Michiru Ando in Enoshima Prism) as Futaba Yoshioka and Masahiro Higashide (Shizuka Doumeki in the xxxHOLiC TV drama) as Kou Mabuchi. The film will be produced by Toho Films and directed by Takahiro Miki (Control Tower, We Were There).

The Ao Haru Ride movie will be releasing in Japanese theatres on December 13th.

Yoshioka Futaba has a few reasons why she wants to “reset” her image & life as a new high school student. Because she’s cute, she was ostracized by her female friends in junior high, and because of a misunderstanding, she couldn’t get her feeling across to the one boy she has ever liked, Tanaka-kun.

Now in high school, she is determined to be as unladylike as possible so that her friends won’t be jealous of her. While living her life this way contentedly, she meets Tanaka-kun again, but he now goes under the name of Mabuchi Kou. He tells her that he felt the same way as she did when they were younger, but now things can never be the same again. Will Futaba be able to continue her love that never even started from three years ago? 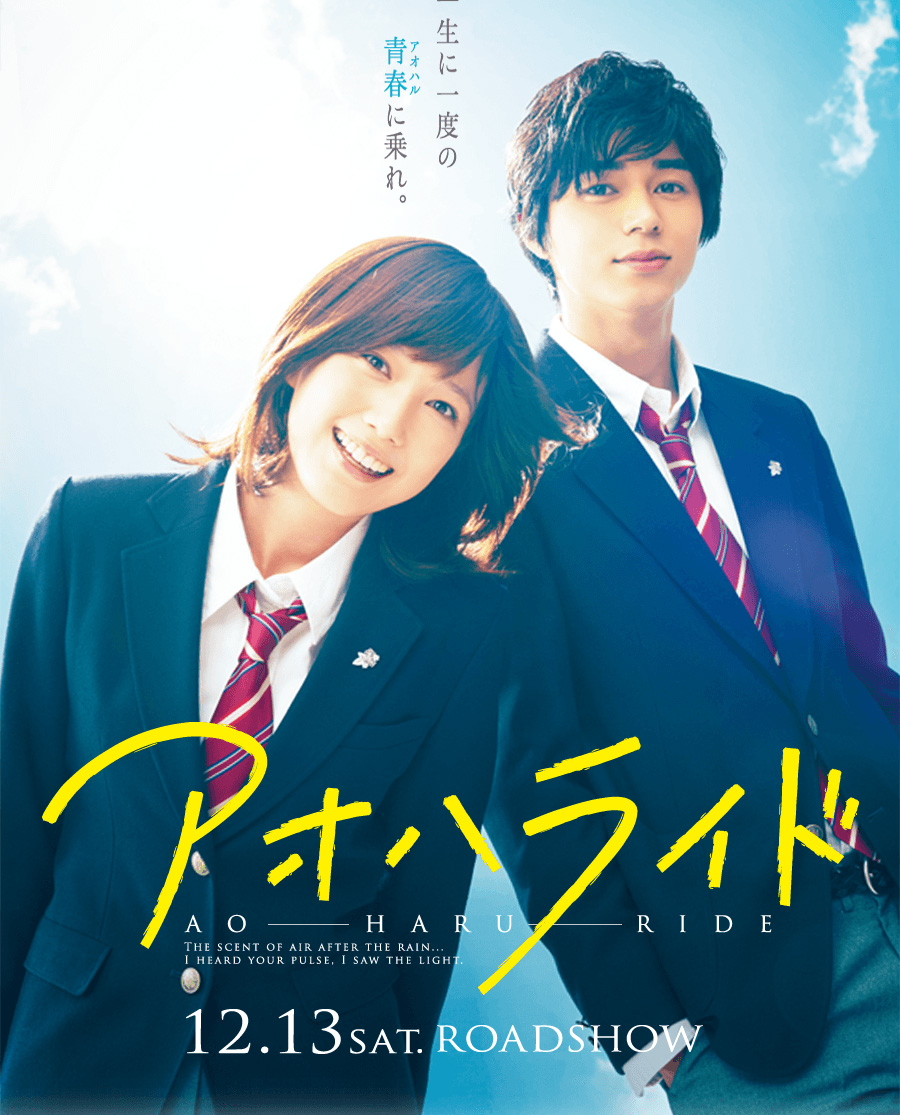