The current issue of Shueisha Comic News has announced that the manga Assassination Classroom will be receiving a TV anime adaptation for next year. Additionally, a live action film has also been announced to be in production. 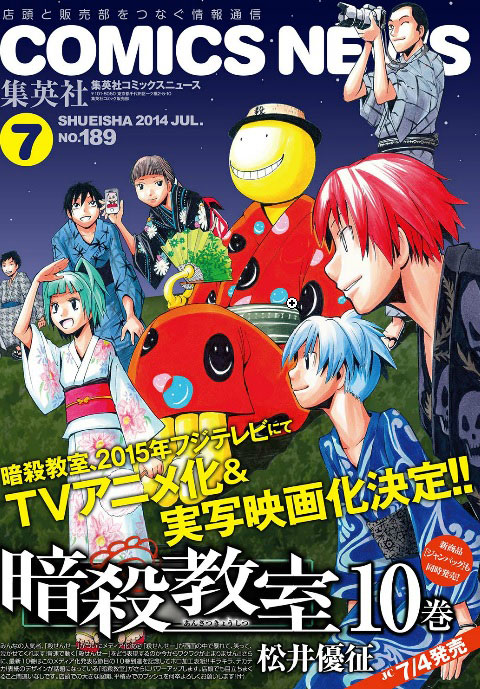 This will be the second anime adaptation of the manga, the first being an OVA that released last year from Bones (Fullmetal Alchemist: Brotherhood, Soul Eater). The anime had the following cast: 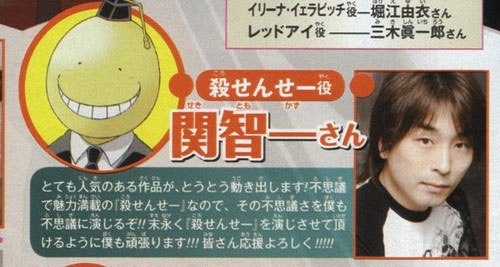 with the additional cast members of:

Assassination Classroom is a manga series from Yusei Matsui. The series began in 2012 in Shueisha’s Weekly Shonen Jump magazine, and was the 7th top selling manga in 2013. To date, a total of 9 compiled volumes have been released. An OVA of the manga released late last year.

The Assassination Classroom anime series will be airing sometime in 2015 along with the live action film. Additional information will release on the anime’s website: http://ansatsu-anime.com/, which is currently not live.