In a recent issue of a Japanese TV magazine, it was revealed that the upcoming anime adaptation of Yusei Matsui’s manga Assassination Classroom (Ansatsu Kyoushitsu) will be a 2 cour series, lasting from  the Winter 2014/2015 season till the Spring 2015 anime season. 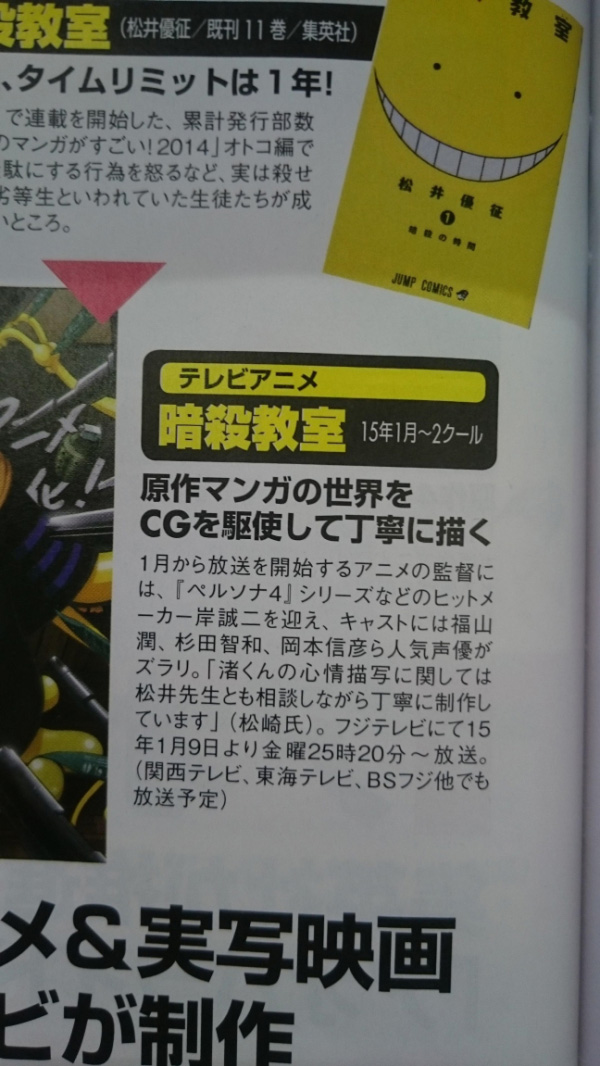 The magazine also reveals that the series will be using CGI in addition to computer animations. Additionally, the anime’s website has released a new visual for the Assassination Classroom anime. 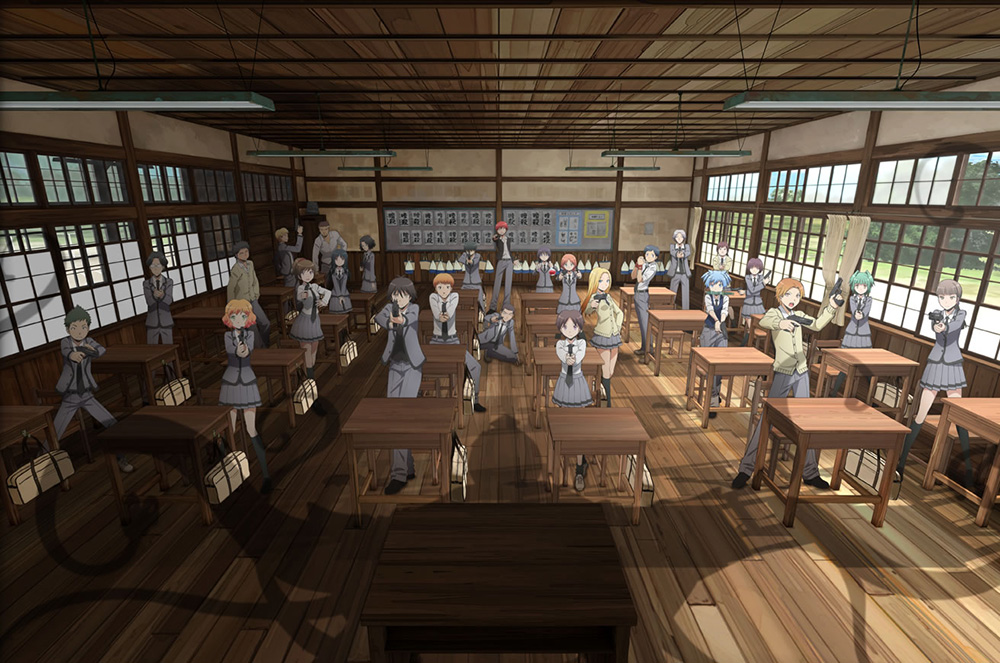 The main cast of the anime is as follows:

And the staff producing the anime includes:

And the latest promotional video for the series has also earlier released:

Assassination Classroom (Ansatsu Kyoushitsu) is a manga written and  illustrated by Yusei Matsui. The series began in 2012 in Shueisha’s Weekly Shonen Jump magazine, and was the 7th top selling manga in 2013 selling over 4.5 million copies. To date, a total of 10 compiled volumes have been released. An OVA of the manga released late last year that was produced by Brain’s Base (Baccano!, Natsume Yuujinchou).

Are you excited for the Assassination Classroom anime? Is 2 cours enough?