The first promotional video has released for the Attack on Titan: No Regrets OVAs, a prequel spin-off series to Hajime Isayama’s Attack on Titan (Shingeki no Kyojin) manga and anime. Based on the manga by Gan Sunaaku and Hikaru Suruga, the two OVAs will explore the past of the two strongest men in the Attack on Titan series, Levi and Erwin. The series will once again be animated by Studio Wit, directed by Tetsuro Araki (Death Note, Guilty Crown) and the return of Hiroshi Kamiya (Yuzuru Otonashi in Angel Beats!) as Levi and Daisuke Ono (Sebastian Michaelis from Black Butler) as Erwin.

Here is a synopsis of the manga:

This prequel to megahit Attack on Titan answers the questions: How did Captain Levi of the Survey Corps go from street tough to humanity’s strongest soldier? And how did Commander Erwin become a cold, calculating leader, ready to sacrifice anything to save the human race? The fires that forged this bond of loyalty and trust were intense indeed!

There will be two Attack on Titan: No Regrets OVAs, bundled with the upcoming limited edition volumes of Attack on Titan. The first OVA will release on December 9th in the 15th volume and the second OVA with the 16th volume on April 9th, 2015.

Here is a key visual of the spin-off manga: 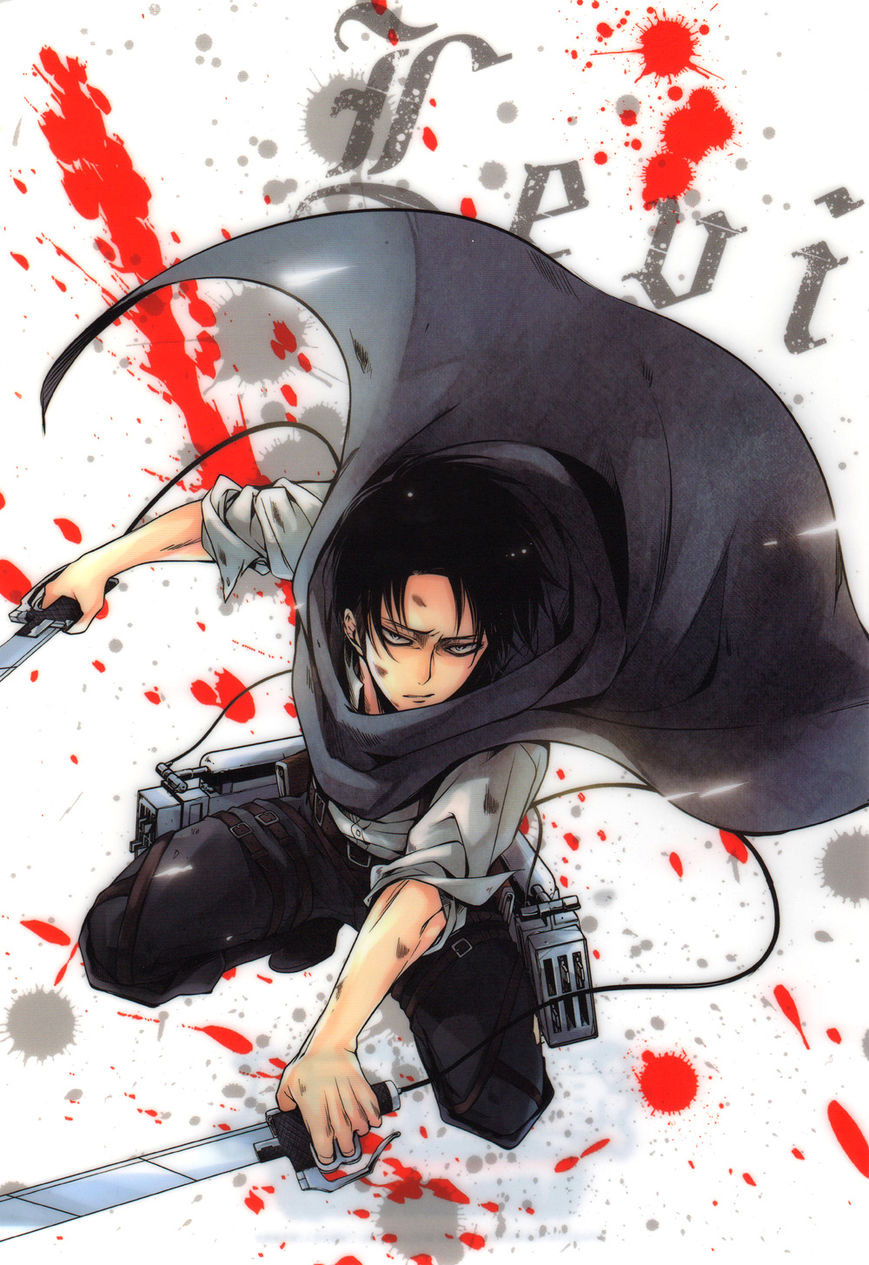