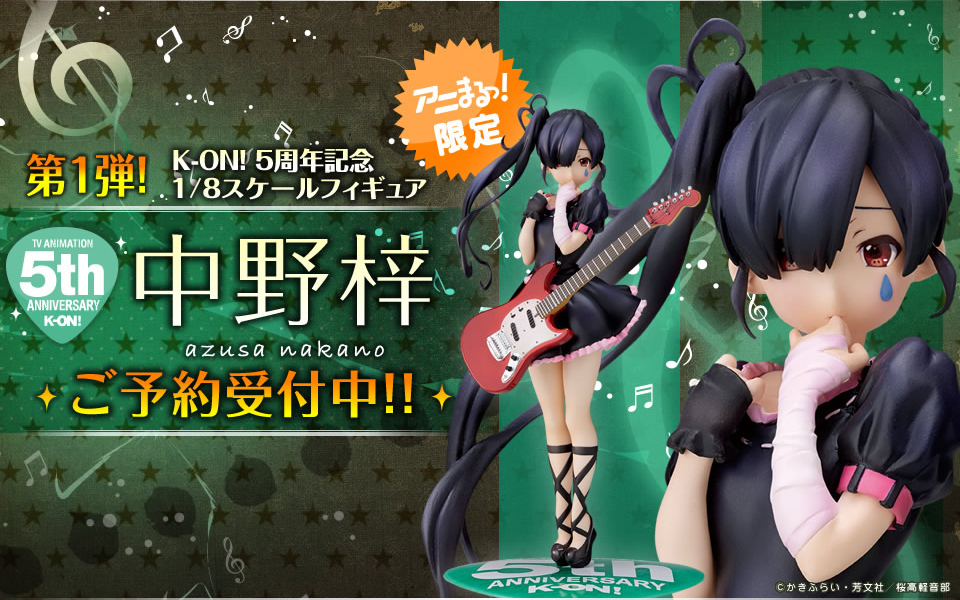 This brand new figure is of Azusa Nakano, the cute small guitarist from Ho-kago Tea Time . The figure is a 1/8 scale PVC figure designed and sculpted by figureneet. The figure itself will go on sale from July next year. The exact date and price of the Azusa Nakano K-ON! 5th anniversary figure has not been revealed so far. 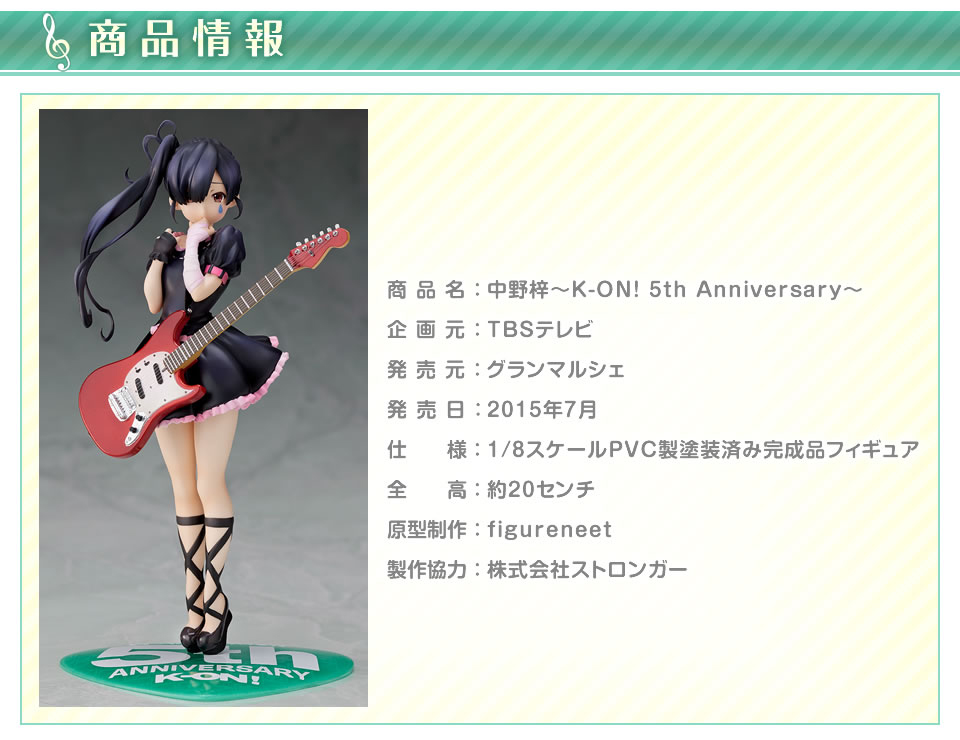 Here are some preview images for the complete figure, which comes with her guitar: 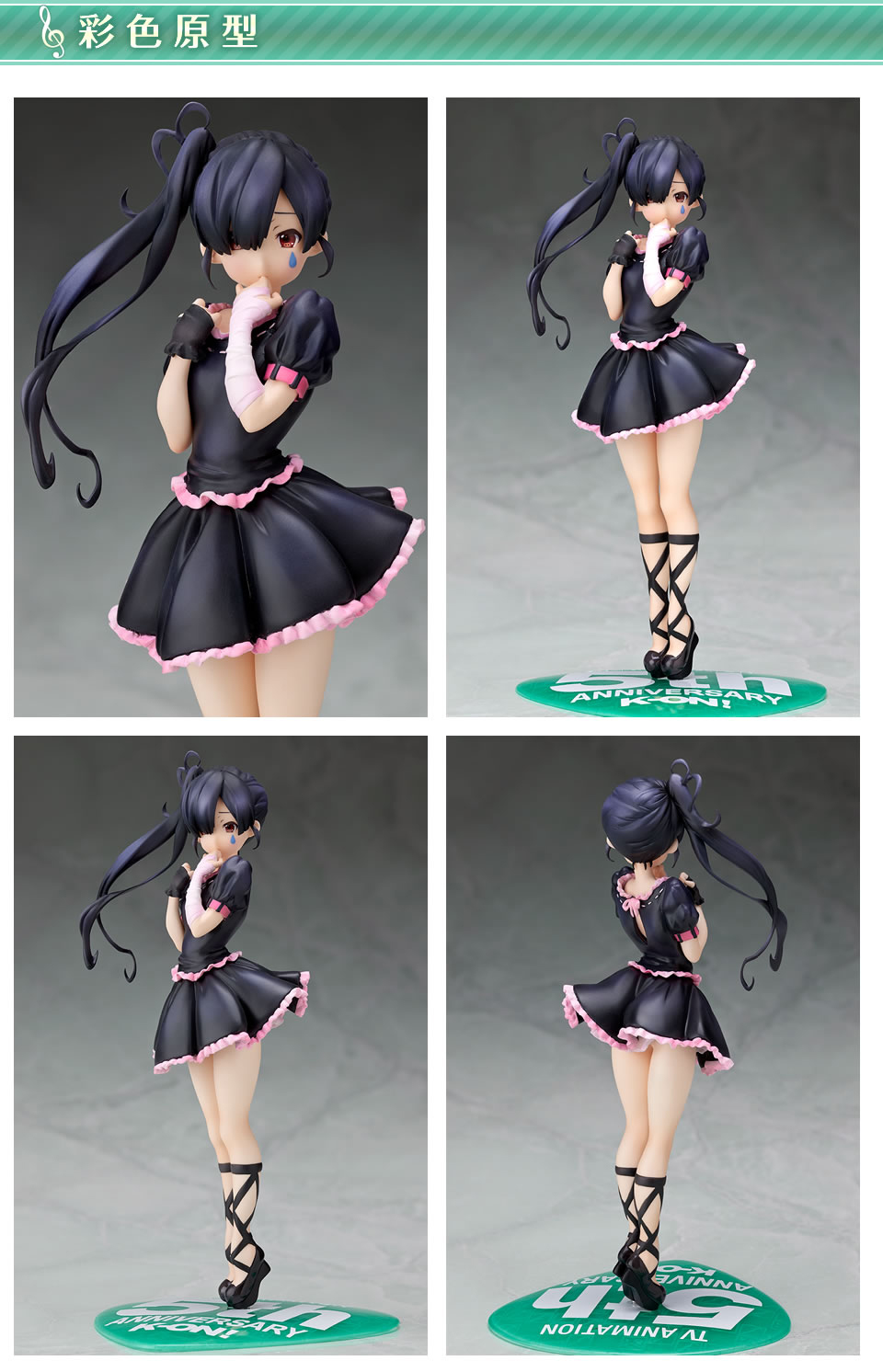 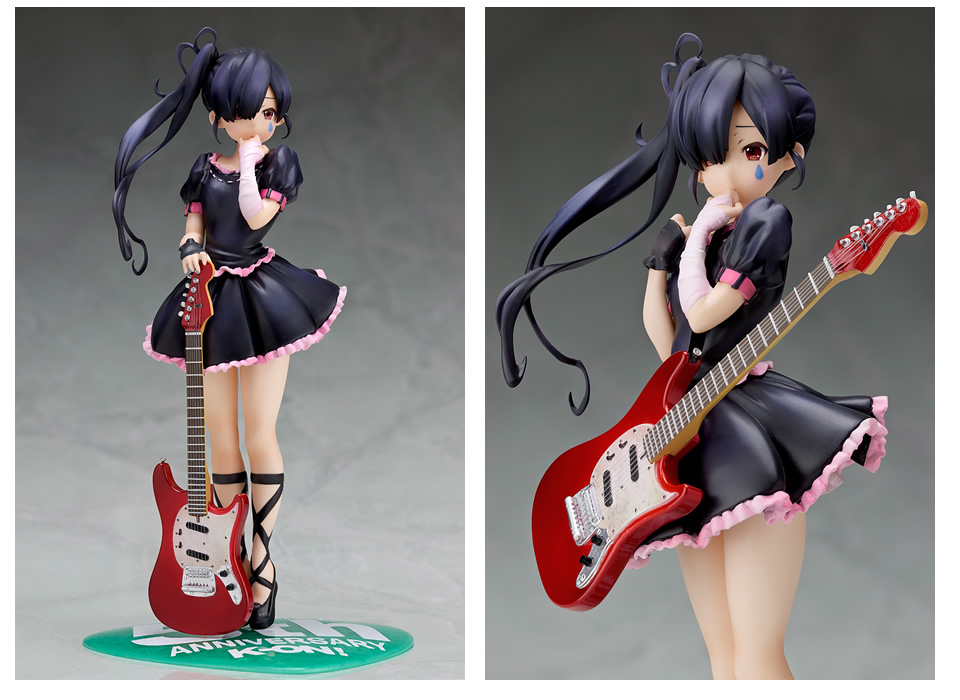 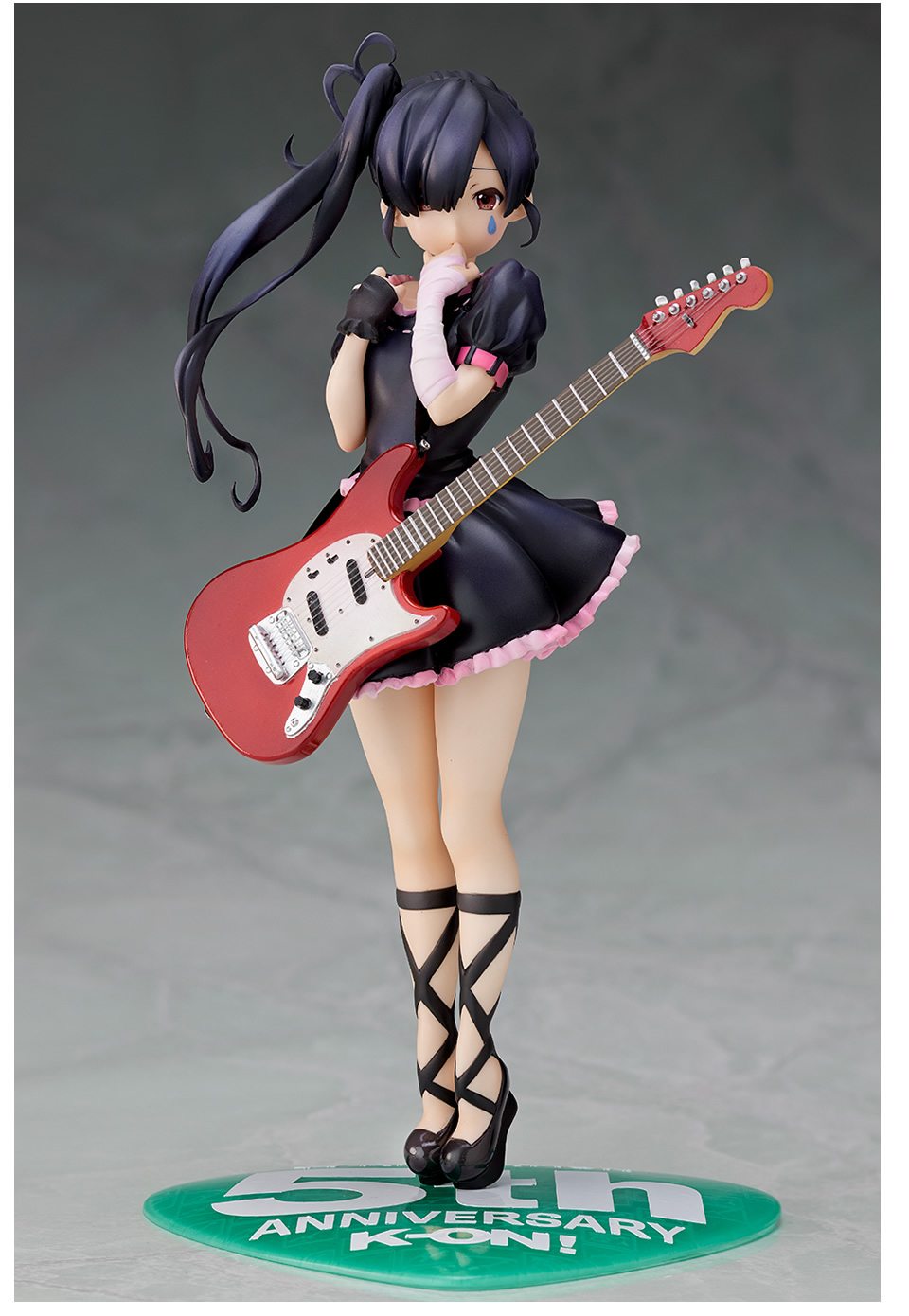 Azusa will only be the first limited edition PVC figure of the K-ON! 5th anniversary campaign. Additional figures of the remaining Ho-kago Tea Time members will also be revealed soon. There is also an interview with figureneet here: http://animaru.jp/shop/pages/k-on_figure_interview.aspx

K-ON! is a 4koma manga written and illustrated by Kakifly. The manga began in serialization in Houbunsha’s Manga Time Kirara magazine in 2007, and ended in 2012. A total of 6 volumes have released for the series and over 2.5 million copies have been sold. The series received an anime adaptation in 2009 by Kyoto Animation (The Melancholy of Haruhi Suzumiya, Free!) as well as a sequel series in 2010, and a film in 2012. The series also received many OVAs and specials since the anime’s release and two video games have released based on the series, including an Arcade Card Game. The series was also well known for its music, where over 3 million CDs have been sold. In addition a series of Live Concerts featuring the main voice actresses were also held. The entire franchise has grossed over 15 billion yen (~ $150 Million USD) as of 2011. 2014 marked the 5th anniversary of the anime.

The Azusa Nakano 5th anniversary figure will go on sale from July next year. The remaining figures of the other band members will be revealed from now till the figures’ release.

You can still purchase various items for the 5th anniversary campaign: http://animaru.jp/shop/e/e30001/
For more information about specific products on sale, visit our article on the campaign and don’t forget to read about the K-ON! credit cards.
And visit the anime’s official website: http://www.tbs.co.jp/anime/k-on/