The first commercial for the upcoming Black Butler: Book of Murder (Kuroshitsuji: Book of Murder) two part OVA has been released online. This new video gives you a small glimpse into the new world of Book of Murder, set after the anime Black Butler: Book of Circus. The OVAs themselves will be adapting the Phantomhive Manor Murder Case Arc from Yana Toboso’s original manga. The series will feature the returning cast and crew from the Book of Circus anime that aired last season. The OVA will be in 2 parts and the video has revealed that they will be releasing in Japanese theatres before its home media release.

Black Butler: Book of Murder will be shown in Japanese theatres on October 25 and November 15 respectively. They will be shown across Japan in select theatres on the day, before their release on Blu-ray and DVD on January 28 and February 25 next year.

Additionally, the anime’s official website has released two new visuals for the OVAs: 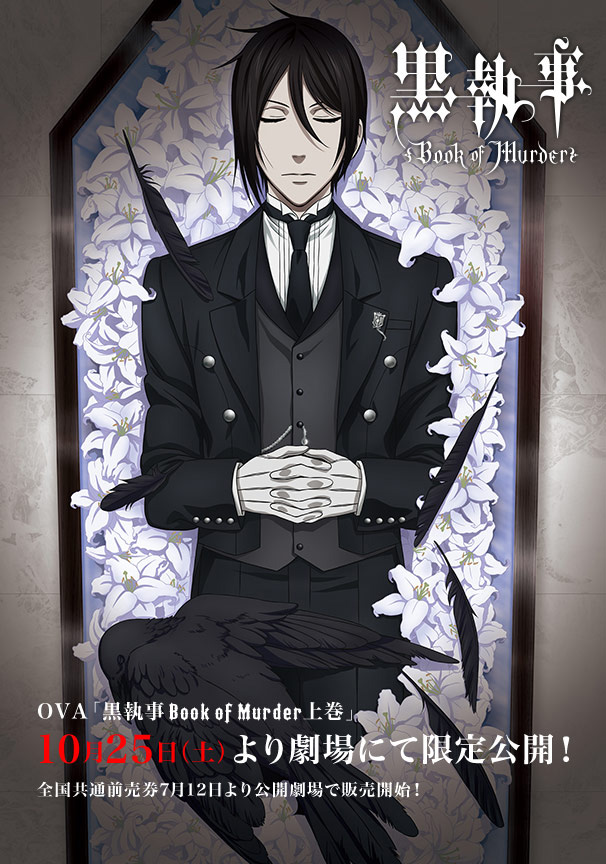 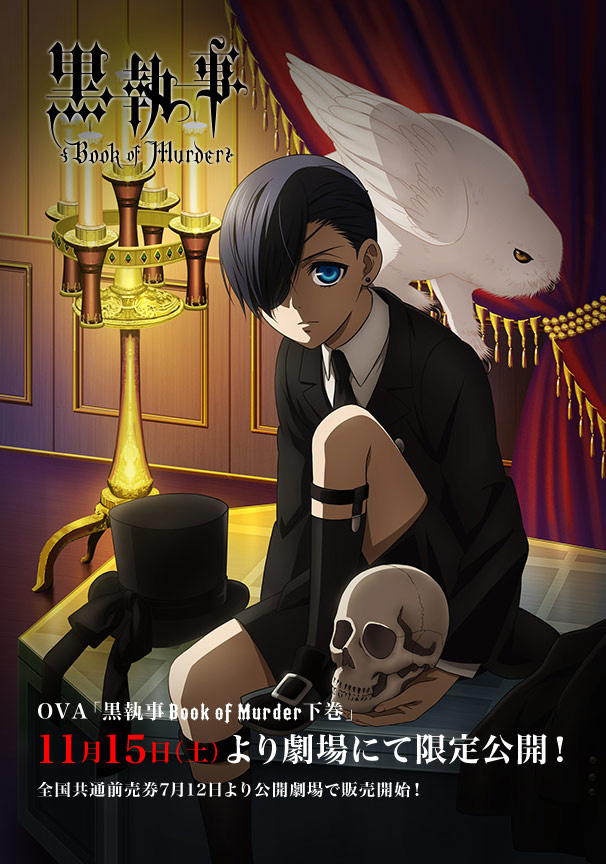