This is actually not an April Fools post. A new video was released by Dengeki Online showcasing some of the features found in Sword Art Online: Hollow Fragment. One such feature is the ability to romance a character, where you can hug the character, pick them up and lie in bed with them. Playing as Kirito, most of the time you would be inclined to do such things with a female character – especially with the harem he has, but Sword Art Online: Hollow Fragment allows you to live your wildest imaginations.

You are able to do such things with Klein: 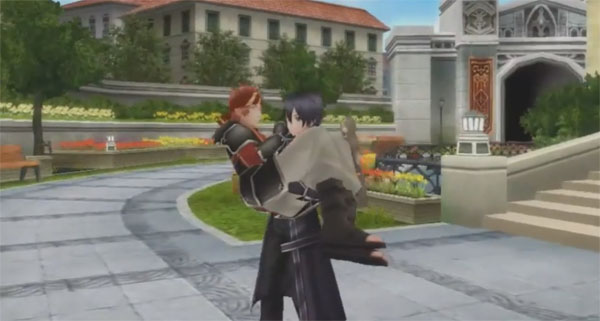 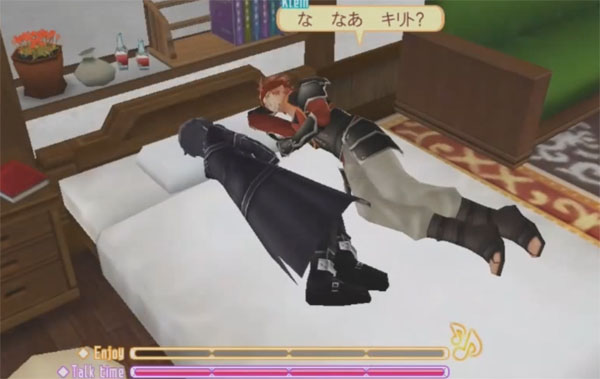 Here is a full video of the encounter between Kirito and Klein, it starts at 3:40.

Sword Art Online Hollow Fragment is an upcoming Action JRPG by Namco Bandai. The game is set in an alternate story from the main plot, and features characters that do not appear in the first arc of the anime and novels, which the game is based on. The game is releasing on the PlayStation Vita in Japan on April 24th.