The most recent issue of ASCII Media Works’ Dengeki G’s Magazine has had a feature article on the recently announced Charlotte anime. The magazine has revealed a small snippet of information about the upcoming original series and a first look at the two main characters. 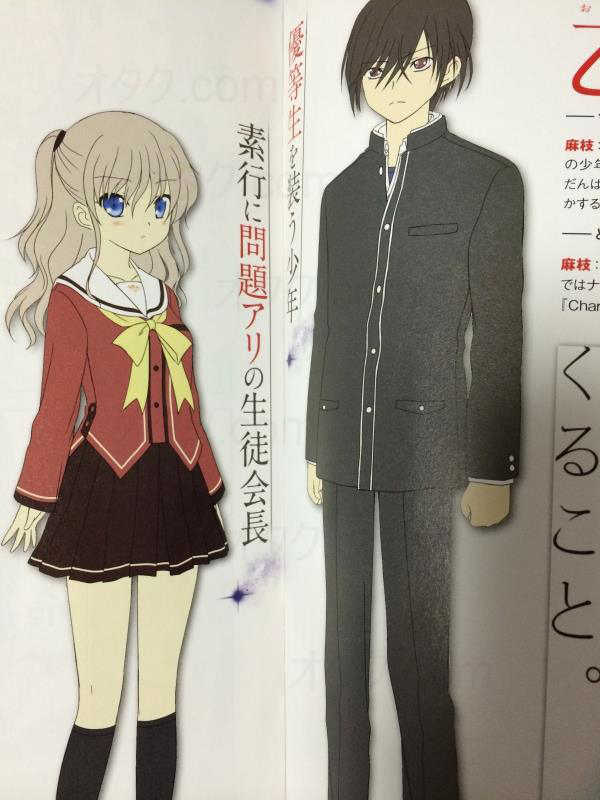 The latest Dengeki G’s Magazine issue has revealed the name of the anime’s two main characters: Nao Tomori and Yu Otosaka. Nao Tomori (left), the previously revealed character, is the president of the school’s student council. She is a stoic person. She studies very hard and has issues with problematic students. Yu Otosaka (right) is the leading character and hero of the Charlotte anime. He is an honors student that is quite stupid and does not study at all, often using mysterious techniques to cheat.

Some further details of the anime were also revealed in an interview with Jun Maeda. 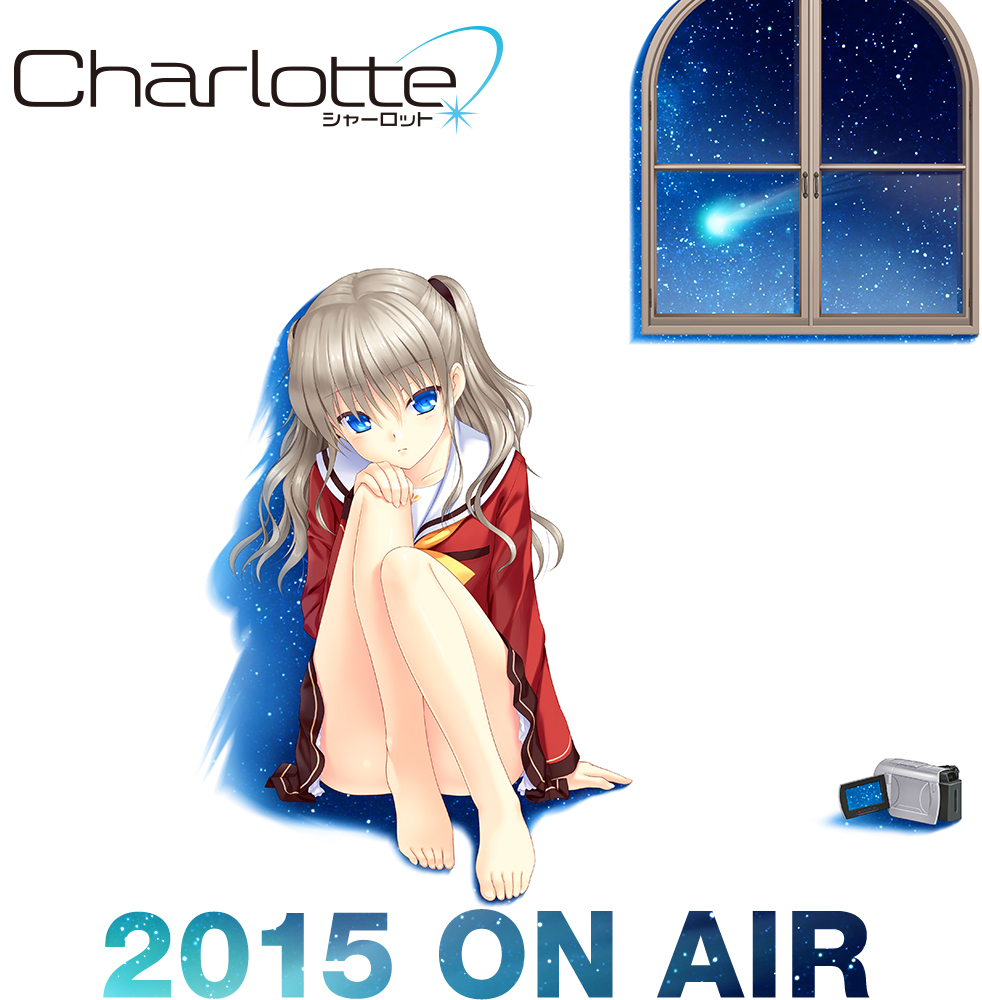 Still, not a lot of information about Charlotte has been revealed. More information will be revealed in the upcoming months in Dengeki G’s Magazine and the anime’s website.