It is almost that time of the year, just a week left until Japan’s, and possibly the world’s, largest anime, manga and doujin convention, Comic Market, which will be held at the Tokyo International Exhibition Center. Lots and lots of goodies will be on sale, so we will round up all the revealed figures, posters, dakimakuras, and much more, for Comiket 86, which will be held on August 15, 16 and the 17th. 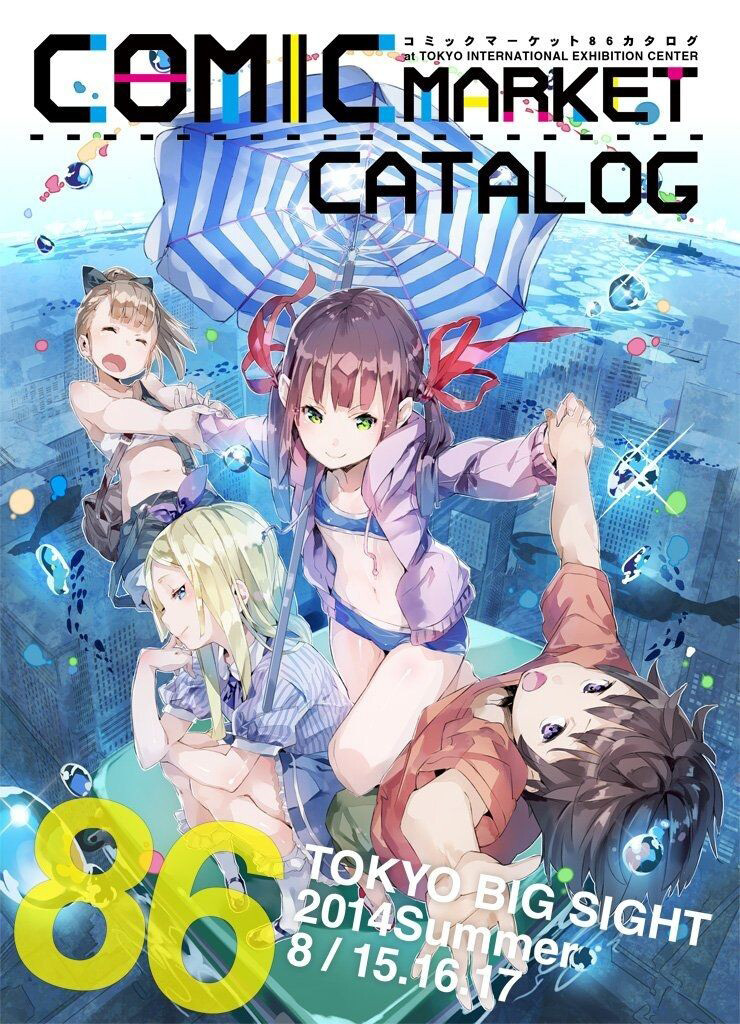 To start off with all the Comiket goodies are the dakimakura covers and T-shirt of Kill la Kill. Both products are being sold by Broccoli who will have a booth at the event selling other various goods and products. The dakimakura features Ryuuko Matoi on one side and Satsuki Kiryuuin on the other in the typical revealing positions. The dakimakura cover will cost ¥9,500 (~ $95.00 USD). 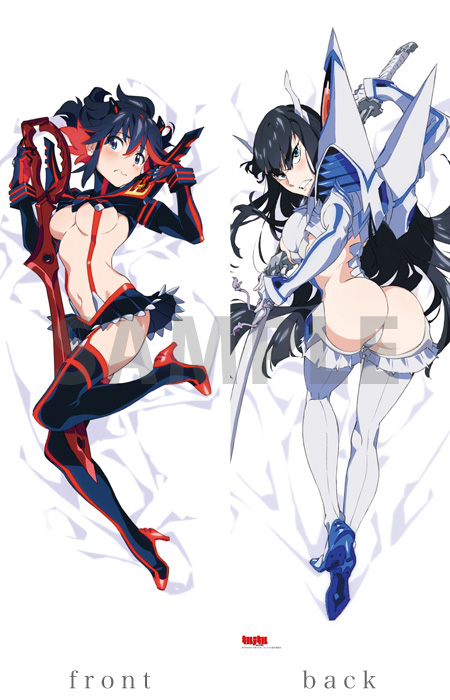 Another Kill la Kill product is a full double sided print T-shirt. Both sides of the shirt demonstrates the striking art and colours of the anime, and the series’ main characters in a face off between Ryuuko Matoi and Harime Nui. The shirt itself will cost ¥7,500 (~ $75.00 USD). Some other noteworthy products from Broccoli include a Love Live! School Idol Project season 2 curtain and various mats. The curtain itself features the main idols of μ and comes with a special tassel. The curtain is 100% polyester and will cost ¥17,000 (~ $170.00 USD). 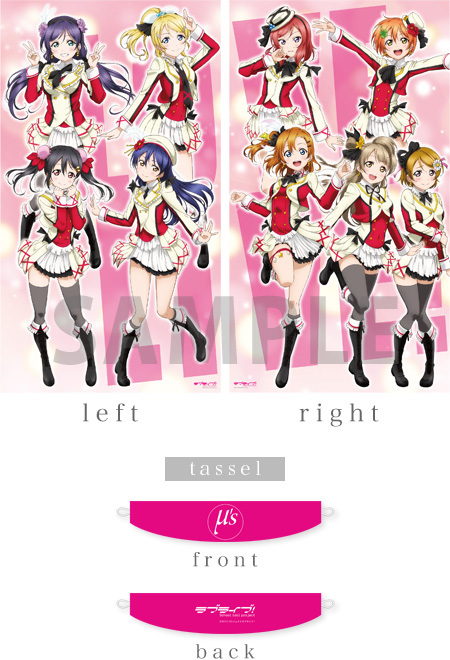 A total of 3 Love Live! School Idol Project mats are available. These mats can be placed on any terrain for you to sit on at your leisure. Each mat features a different set of characters and will cost ¥6,000 (~ $60.00 USD) 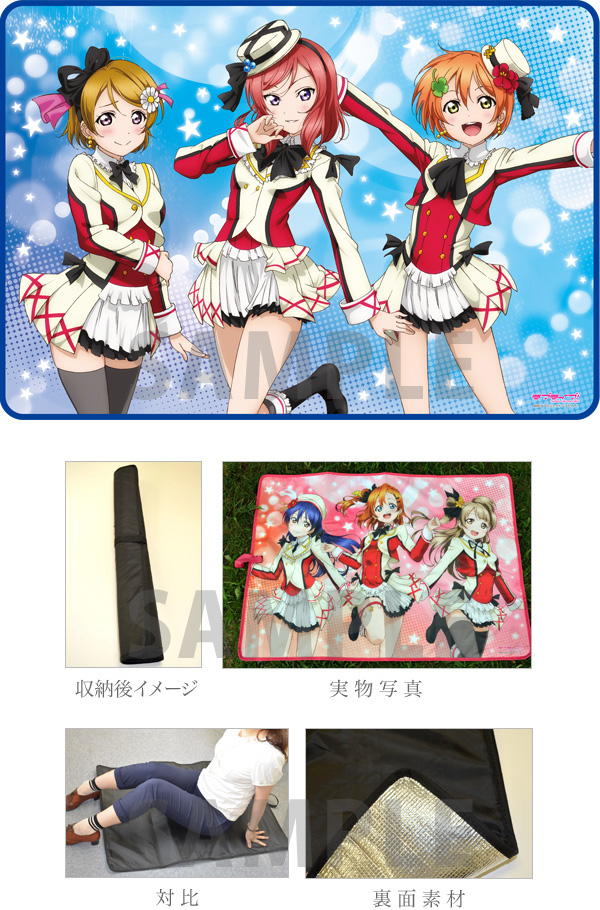 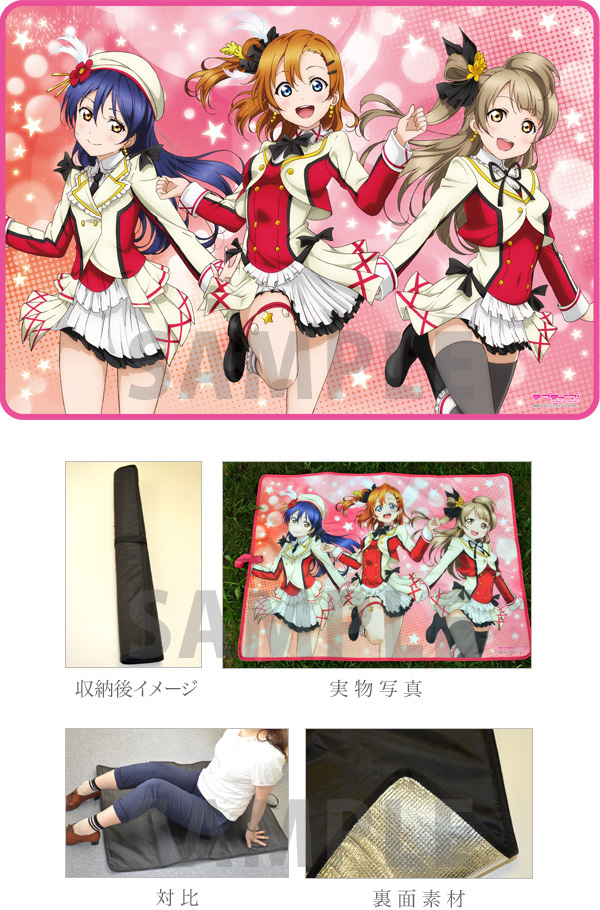 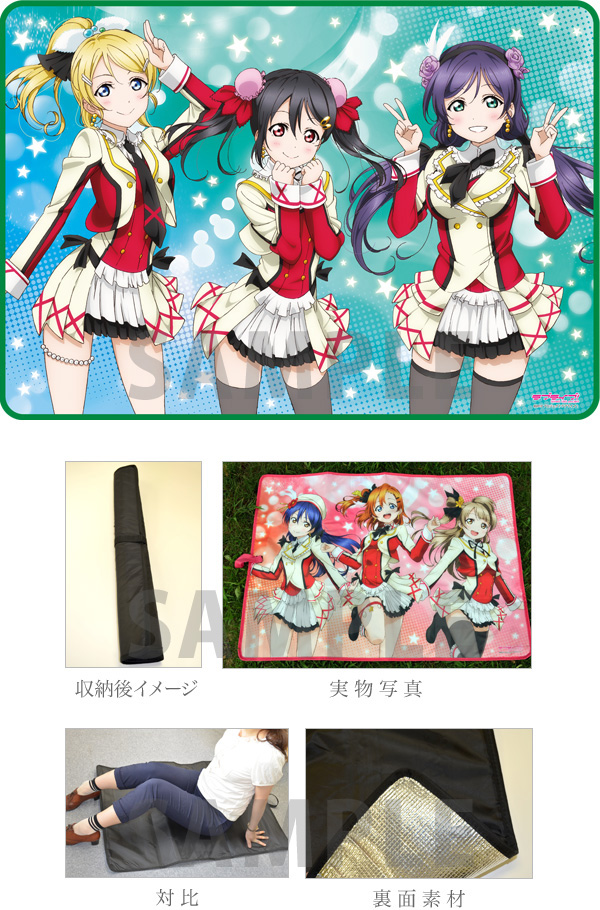 For more products from Broccoli, visit the their product page here: http://www.broccoli.co.jp/event_sp/comiket86/

Next up are some more dakimakuras from various anime. First up will be the covers from Sword Art Online II. Kadokawa will be offering this new dakimakura of Kirito’s Gun Gale Online avatar. 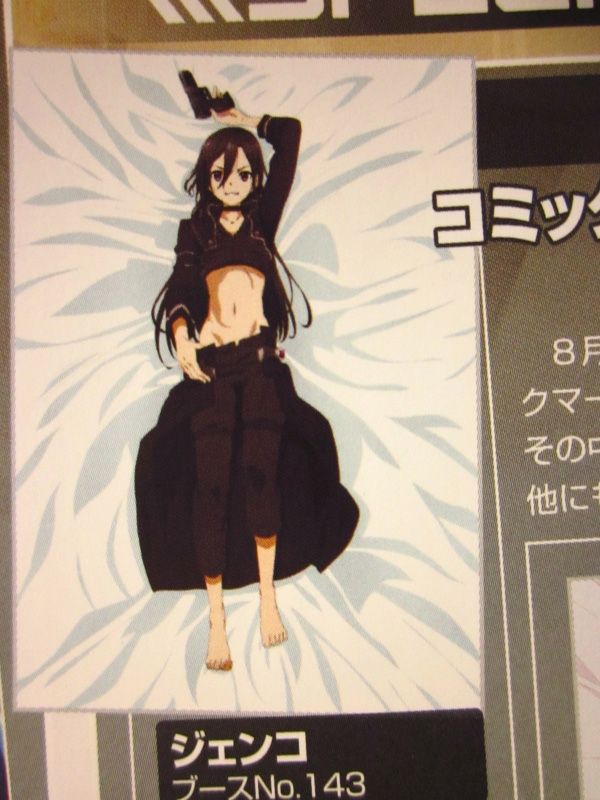 The next Sword Art Online II dakimakura covers is of Asuna Yuuki, with one side being her Alfheim Online avatar the other side being her normal real life attire. 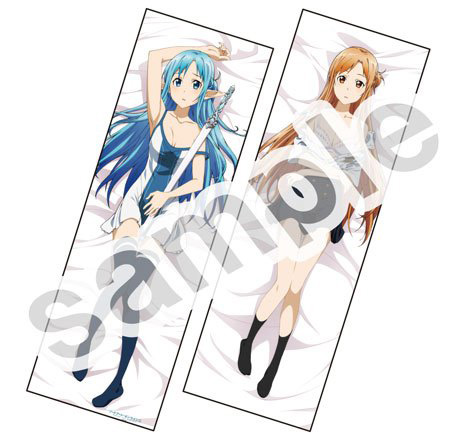 The final Sword Art Online II dakimakura cover is of the new main character of the series Asada Shino. The front has her avatar Shinon from Gun Gale Online and the back side has her real world appereance. 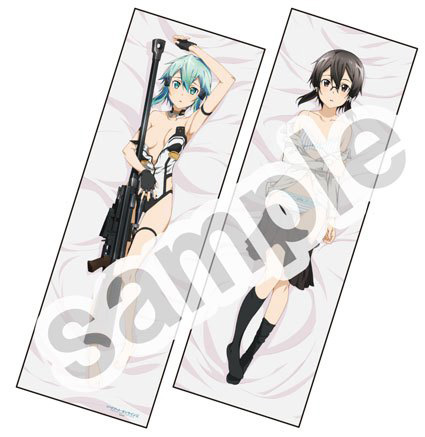 Next up is a hug pillow cover of the sleep loving Mako Reizei from Girls und Panzer. Kadokawa will be selling the cover at their booth at Comiket for ¥11,000 (~ $110.00 USD). 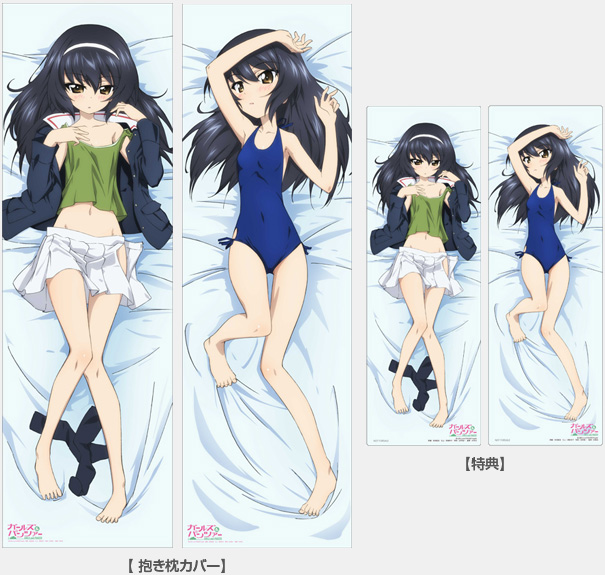 There will also be two new products from the Black Bullet anime. The first is of Kisara Tendo from the series in a lewd position.

The second dakimakura cover features two characters from the anime: Enju and Tina Tenchu. It is a limited edition cover that will cost ¥10,000 (~ $100.00 USD). 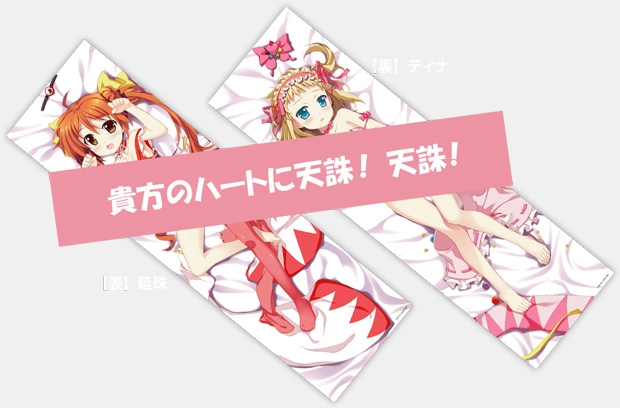 Now we move on from dakimakura covers onto bed sheets, not entirely different. The Rondo Robe booth will be selling two bed sheets from the Gochuumon wa Usagi Desu ka? anime. Each bed sheet will cost  ¥6,000 (~ $60.00 USD). 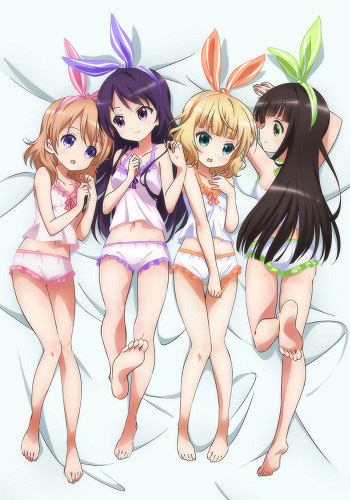 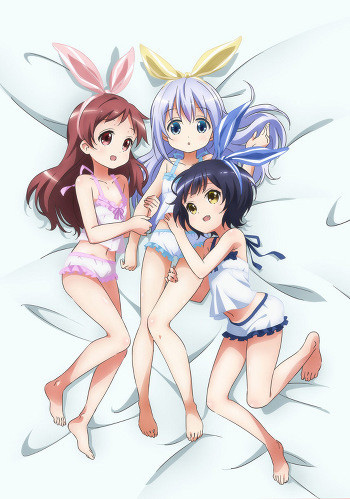 Rondo Robe are also selling other Gochuumon wa Usagi Desu ka? products. They will be offering a goodie bag that contains mobile phone cleaners, an A3 poster, a clear file, and a pack of cards themed on the anime. The bag of goodies will cost ¥5,000 (~ $50.00 USD). 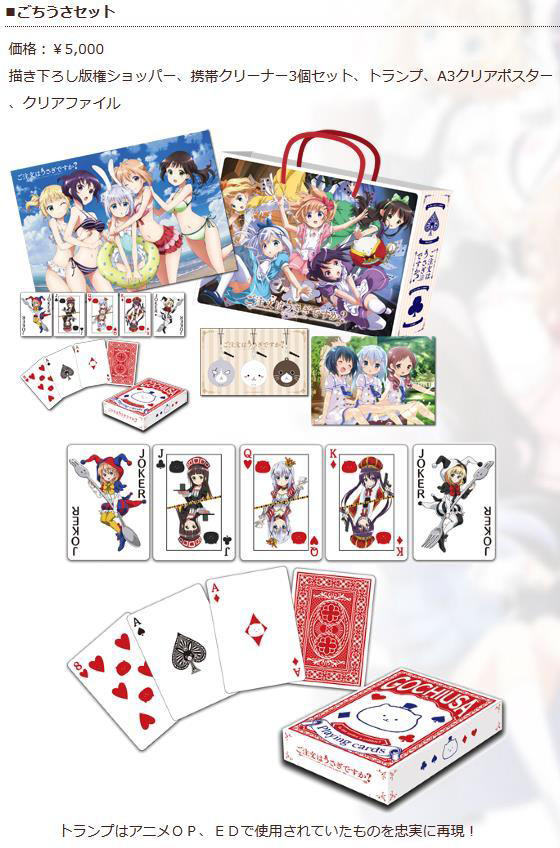 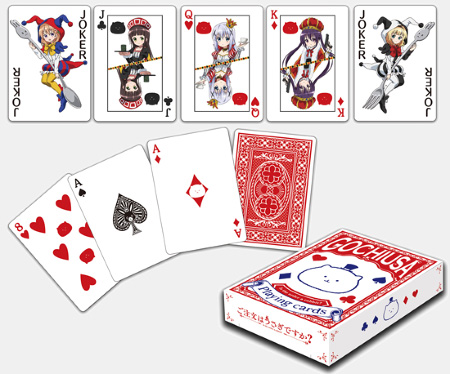 The last products on sale will be two mini tapestries of Gochuumon wa Usagi Desu ka? The first features the main cast in cheerleader uniforms and the second has them in their normal clothes. The tapestries are priced at ¥1,500 (~ $15.00 USD) each. Animation studio Dogakobo will also be present at Comiket 86. One such product they have for offer is an artbook of Mikakunin de Shinkoukei. The Mikakunin de Shinkoukei Dogakobo Official Animation Works contains a 96 page collection of storyboards, character designs and other production images. The artbook will be selling for ¥3,000 (~ $30.00 USD). 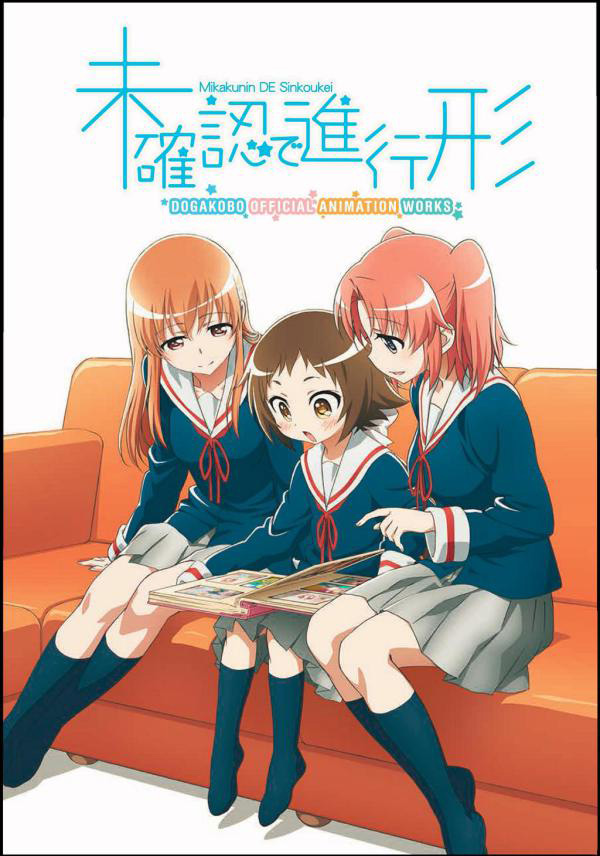 Dogakobo has also released a couple preview images of the artbook: 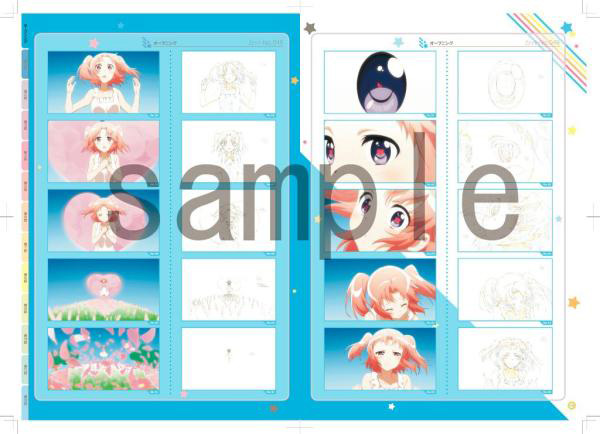 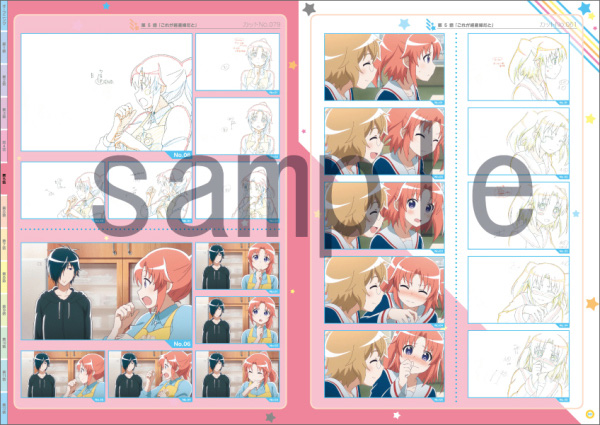 Kadokawa will also be selling various Kantai Collection products due to the high popularity of the game and the upcoming anime adaptation. They will be selling a shower curtain that features Yuudachi, Murasame, Shiratsuyu, and Shigure from the mobile game. The total price of the curtain is ¥14,000 (~ $140.00 USD). 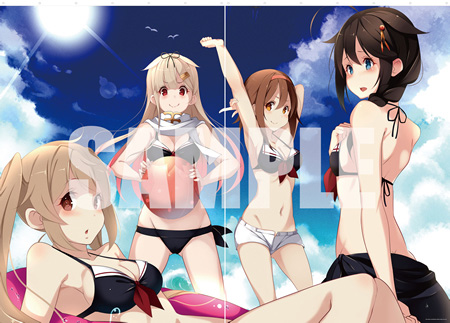 The next Kantai Collection item for sale at Comiket 86 is a collection of rubber medals. The medals are designed after the characters from the game and the entire collection of 11 medals will cost ¥7,000 (~ $70.00 USD). 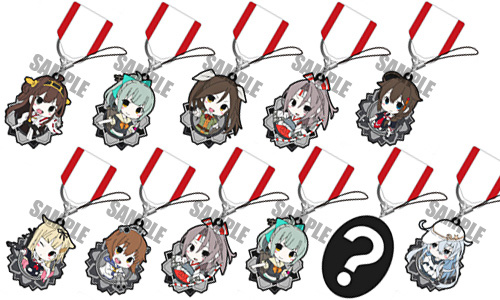 The next items based on the series are two towels. The first towel features I-168 and the second towel features Atago, both in conflict. Each towel will set you back ¥2,500 (~ $25.00 USD).

Kadokawa have also released some preview illustrations of some upcoming figures based on the Shiratsuyu class of ships: 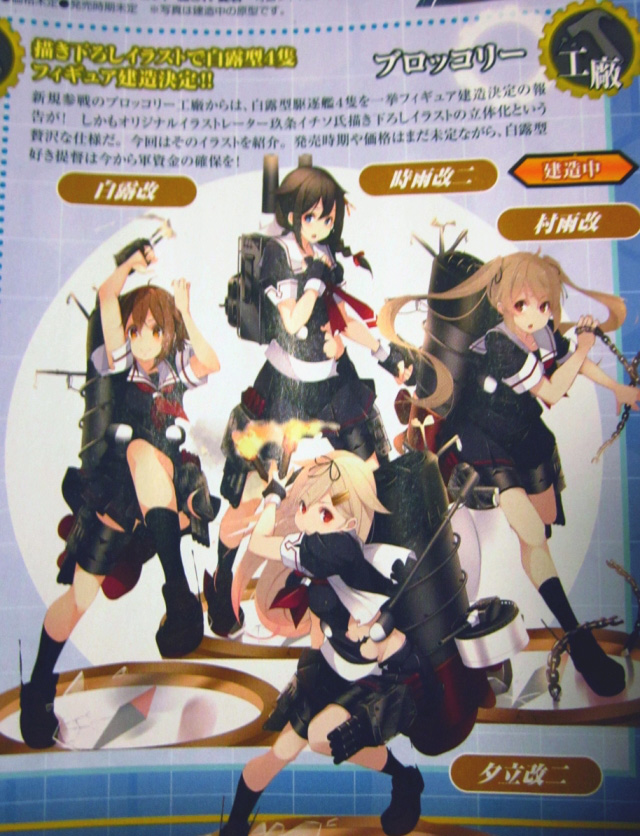 They also released a preview of a limited edition Kitakami resin cast figure. No price have been revealed for the preview products so far. 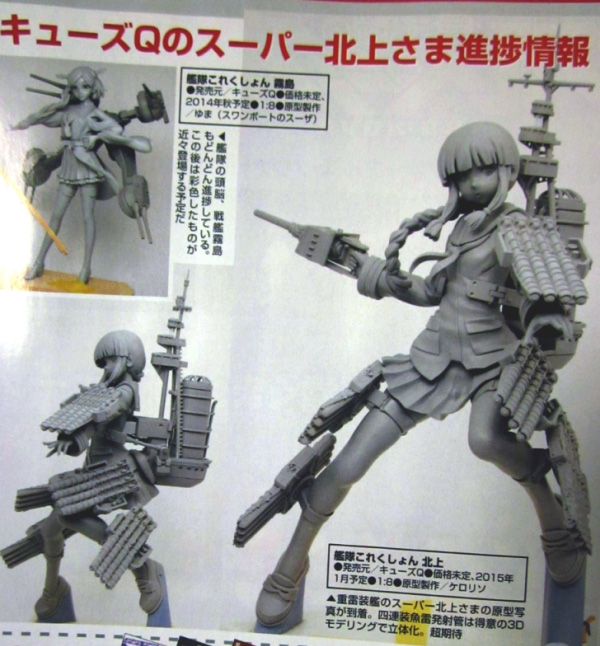 A new figure for the Armor Girls Project will also be sold at Comiket. The figure will be of Atago from Kantai Collection, and Kadokawa have released a teaser image for it: 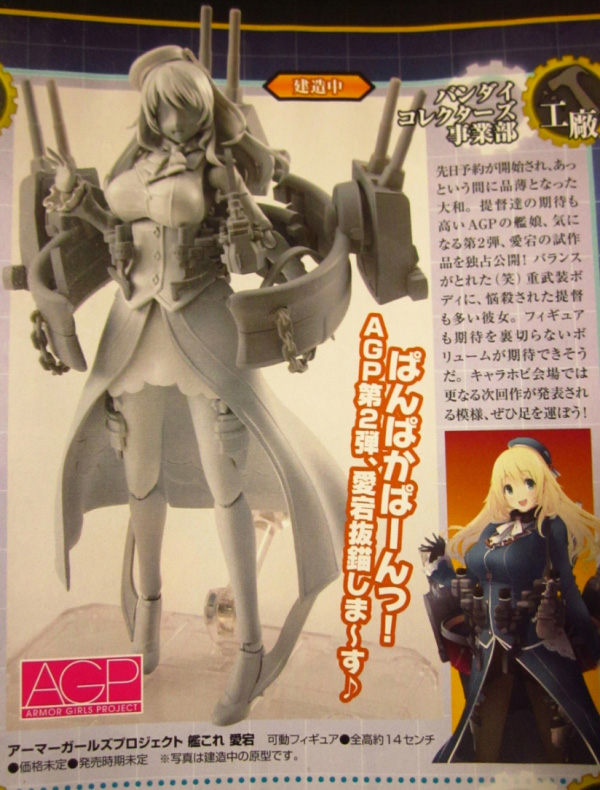 All of these products, and much more, will be sold at the upcoming Comic Market. Comiket 86 will be held on August 15, 16 and the 17th at the Tokyo International Exhibition Center. It is the biggest doujin convention in the world, with over 500,000 people attending each convention.