Publisher Bandai Namco has announced that a new HD version of From Software’s Dark Souls II will be releasing next year. Dark Souls II: Scholar of the First Sin will be a new re-release of the popular action RPG that will contain all major DLC, additional content, and will be making its debut on the new generation of consoles, for the PlayStation 4 and Xbox One, and existing platforms, in April next year. 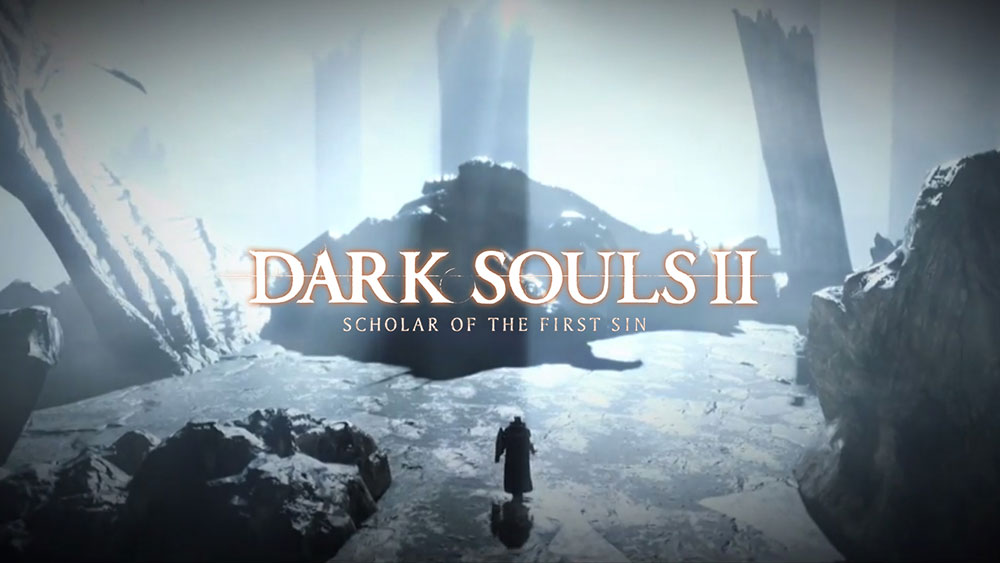 Dark Souls II: Scholar of the First Sin will contain all three of the The Lost Crowns trilogy: Crown of the Sunken King, Crown of the Old Iron King and Crown of the Ivory King. The game will be making its debut on the new generation of consoles and will use the additional power for upgraded visuals, performance and sound quality, for a HD experience. The game will also feature a maximum of 6 players per session, increasing it from 4. The PC version of the game will include DirectX11, in addition to the existing DirectX9 version of the game.

In addition to the DLC collection, the release will have changes and features to improve the game’s experience. There will be additional NPCs to flesh out more of the game’s setting and lore, changes to the stats of weapons, equipment and spells, changes to item descriptions and an increase performance for online matchmaking. These changes will be made for the Xbox 360 and PlayStation 3 owners of Dark Souls II via a patch update.

Here is the game’s announcement trailer:

And some screenshots of the game’s new visuals: 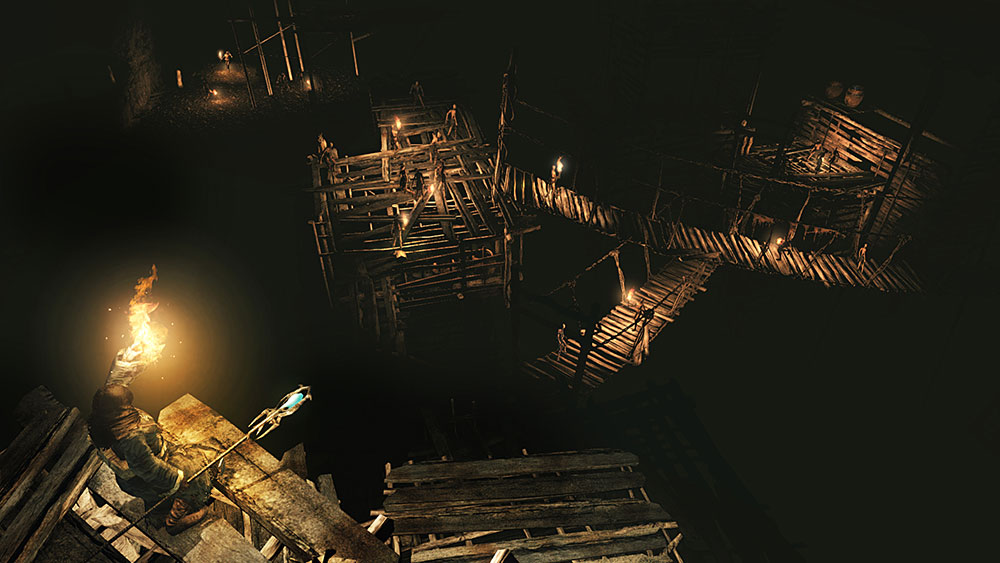 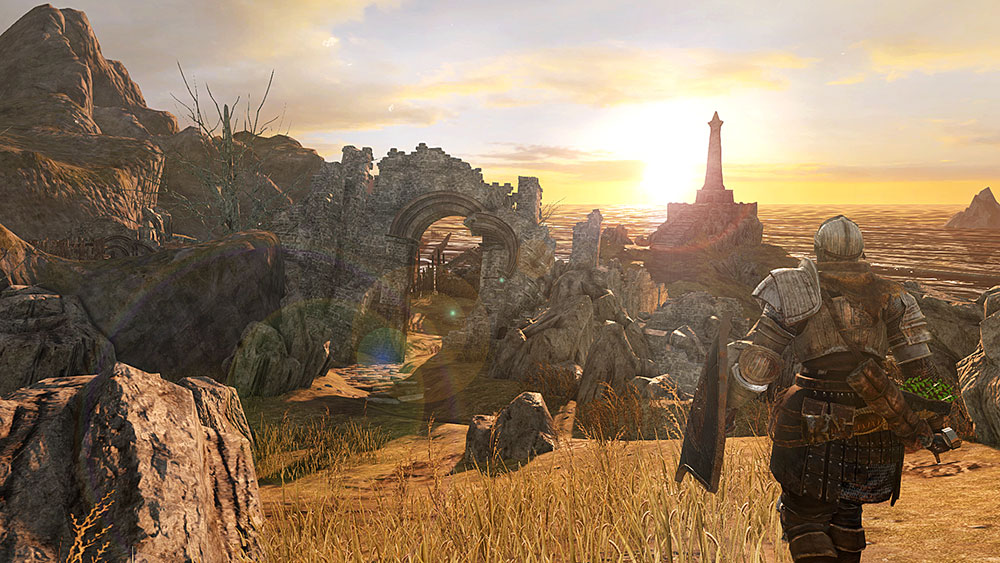 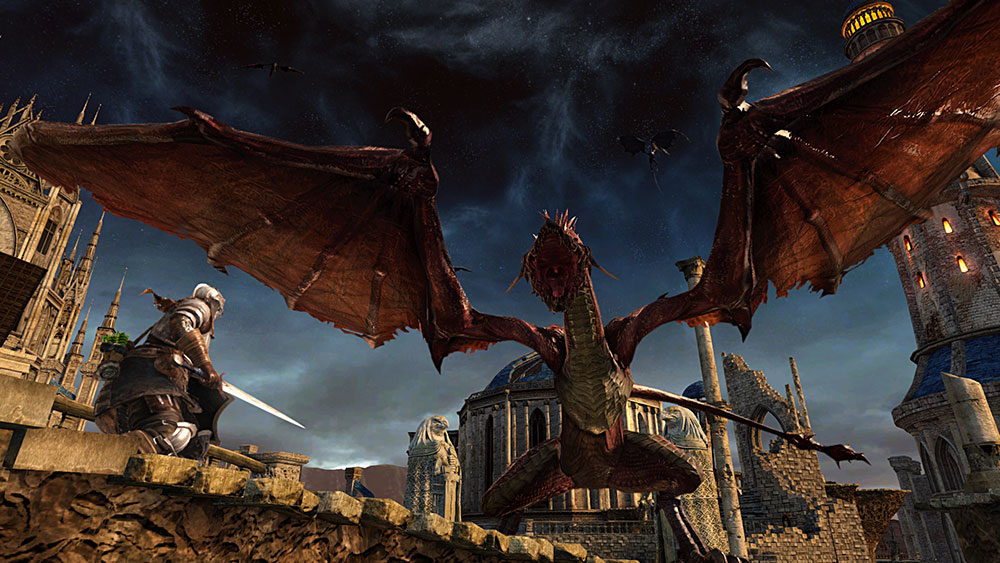 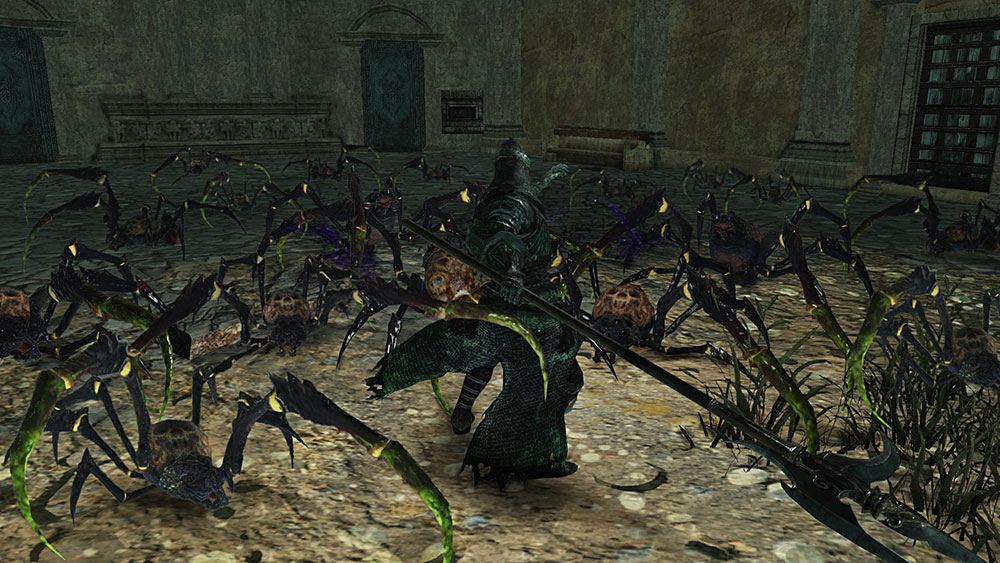 Bandai Namco Games have also released the box art of the game for PS4, X1 and PC: 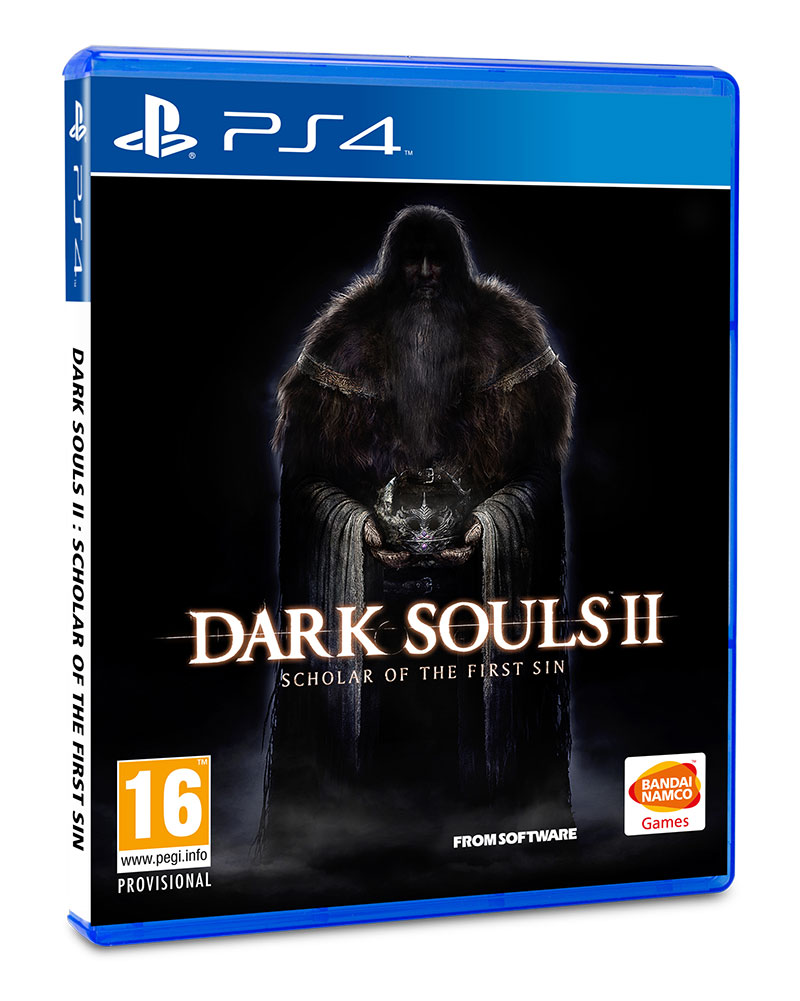 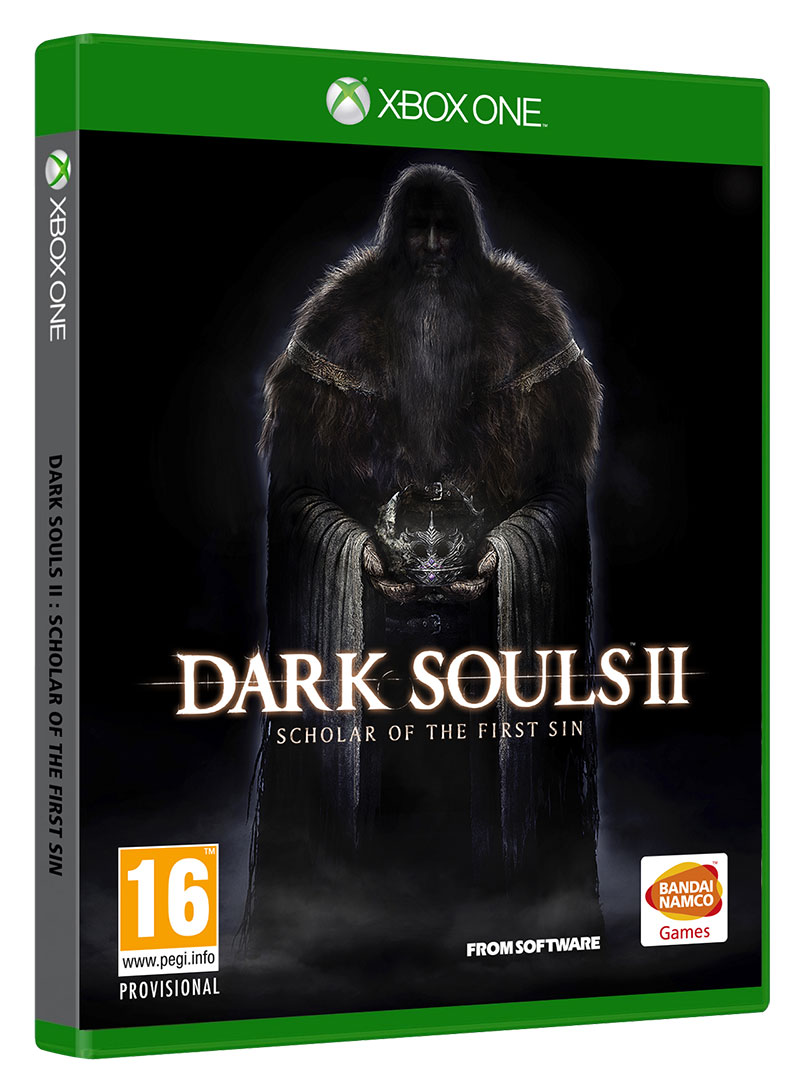 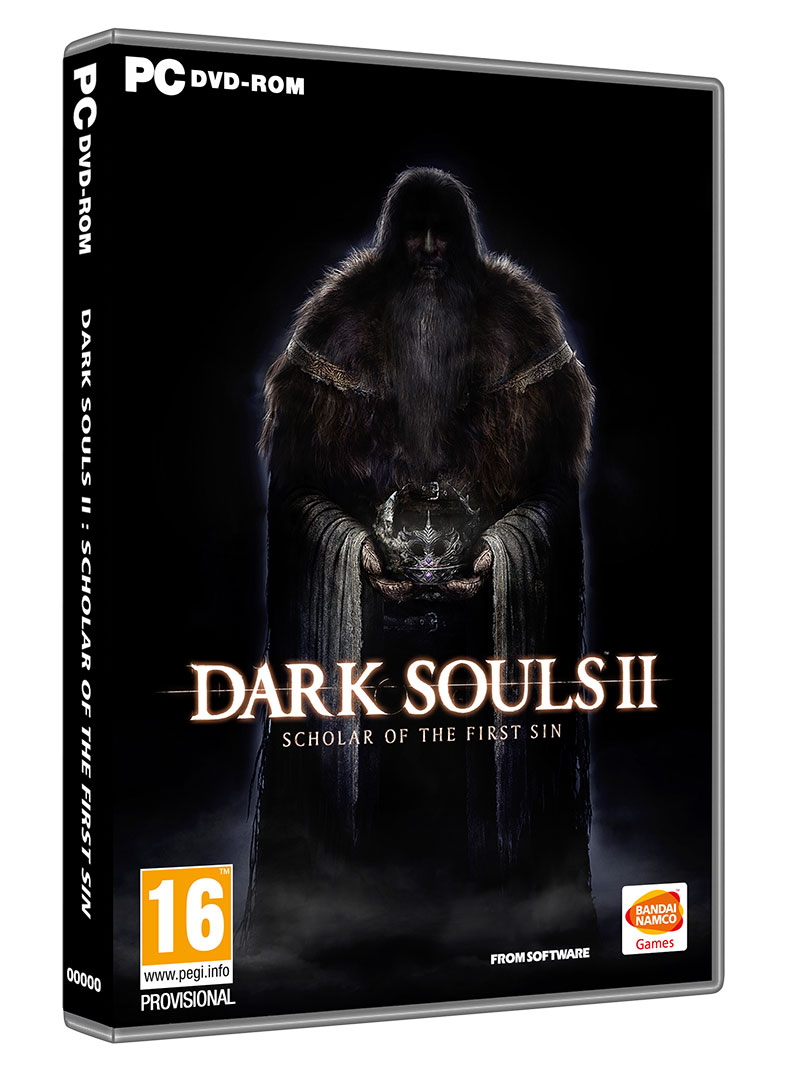 Dark Souls II the sequel to the 2011 surprise hit Dark Souls, developed by From Software, that released on Xbox 360 and PlayStation 3 in March this year, and on PC in April. The Japanese developer are also known for the Kings Field, Armored Core and Tenchu series across multiple platforms. In 2009 they produced Demon’s Souls for the PlayStation 3 which was published by Bandai Namco internationally(From approached Sony to publish the game but refused due to the game’s high difficulty). It gained high praise and a cult following and became famous for its notoriously hard difficulty yet still remained rewarding and satisfying. From Software then released their spiritual successor Dark Souls in 2011 on the PlayStation 3 and Xbox 360, with a PC port in 2012 due to popular demand. 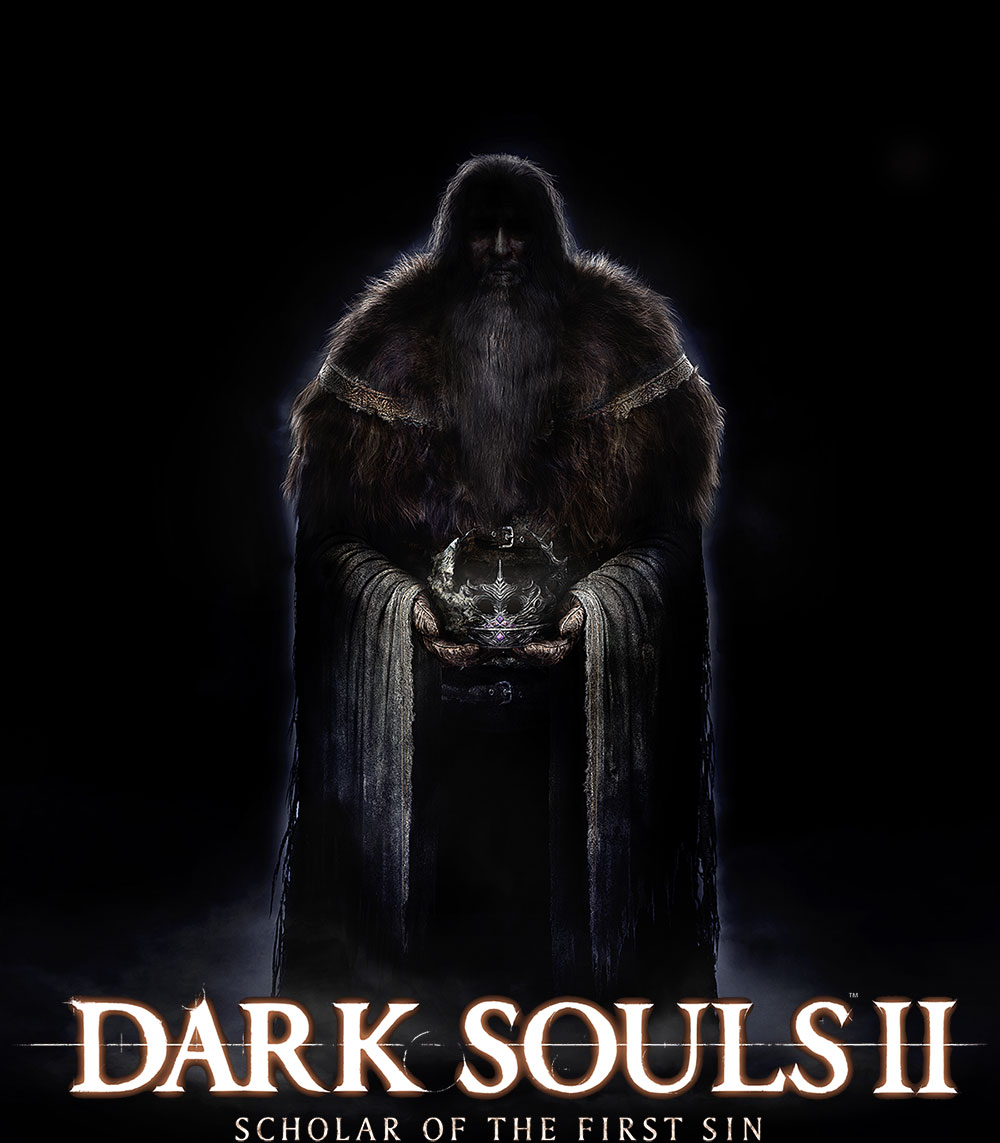 Dark Souls II: Scholar of the First Sin will be available on the new generation of consoles, the PlayStation 4 and Xbox One, and on the last generation of consoles, on the PlayStation 3 and Xbox 360. The release will also be out on the PC with a new DirectX11 version. The game will be out in America on April 7 and in European regions on April 3, next year.