Update: There will be an announcement regarding the Death Note 10th Anniversary project on March 3rd.

Time sure goes by quickly. The ever so popular franchise, Death Note, has recently turned 10. To commemorate this tremendous achievement a special new website has launched. Simply titled as Death Note 10th Anniversary (『DEATH NOTE』降誕10周年サイト) this new ominous website shows nothing more than the 10th anniversary logo and a coming soon: 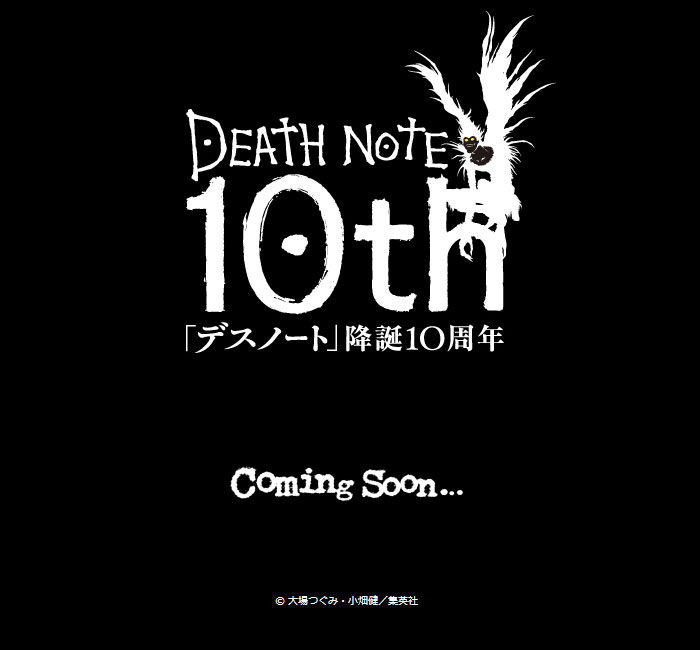 Apart from this new website, nothing else has been said about the 10th anniversary of Death Note so far. This website is presumably for a new project in the Death Note series, and what that entails can be anyones guess. The franchise has spread wide and far, with the original manga, anime series, light novels, and various movies and games. Each one of these media could be the next Death Note project. But here’s the kicker, Hollywood is also interested in Death Note.

Film studio Warner Bros. (the studio behind the DC Comic films) have won the rights to the film in 2009. In 2011 they announced Shane Black (Iron Man 3) would direct the film. There were reports of many planned changes to the original story of Death Note, such as the removal of the Shinigami and Yagami having a close friend dying at a young age. Production has been progressing very slowly, but Shane has confirmed he is still working on the film in an interview in April last year. 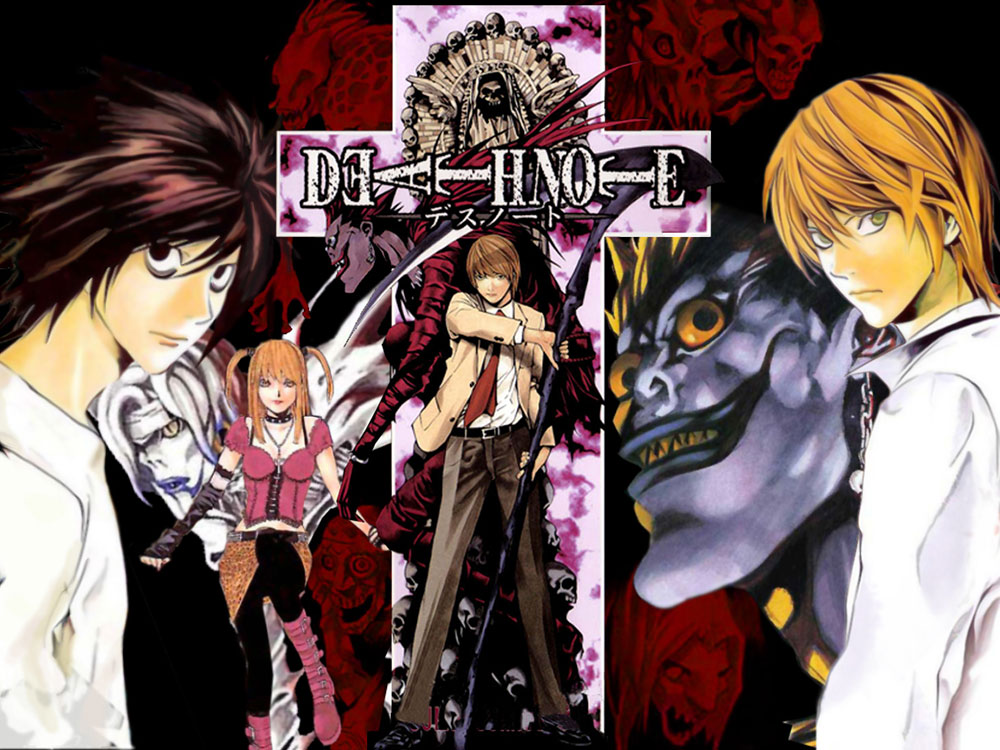 It is a big milestone for the series, and its creators: Tsugumi Ohba and Takeshi Obata. What this new 10th anniversary project will be, who knows. Only time will tell.

In the meantime, you can visit the 10th anniversary site for updates: http://www.j-deathnote.com/