Digimon All-Star Rumble has just released on the PlayStation and Xbox 360 and publisher Bandai Namco Games has the launch trailer for the 3D arena brawler.The game is a sequel to the two Digimon Rumble Arena games, but will be a 3D arena brawler. It will be featuring a total of 12 Digimon, from Digimon Adventure to Digimon Fusion, and all their evolutions, as well as a total of 10 playable stages. A total of 8 Digimon have been confirmed so far: Agumon, Biyomon, Dorulumon, Gabumon, Gatomon, Shoutmon, Tentomon, and Veemon. There will be an in-depth story mode where you will be able to travel across the Digital World as you climb the rankings of the Digimon Evolution Tournament.

Digimon All-Star Rumble will developed by Prope and published by Bandai Namco Games. The game is now available on PlayStation 3 and Xbox 360 in North America and Europe.

Here is the game’s boxart: 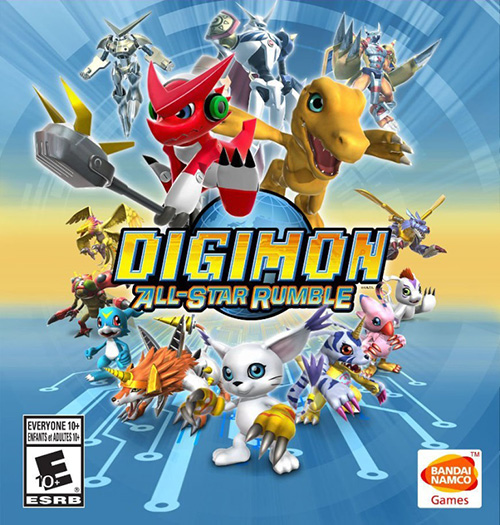