The first promotional video has been released for the second cour of ufotable’s Fate/stay night: Unlimited Blade Works anime just after the broadcast of the final episode. This new video teases what is expected to come in the concluding moments of the original visual novel, as the anime reaches its climax. The TV anime adaptation will follow the Unlimited Blade Works route of Type Moon’s original visual novel. The anime is a split cour series, the first half aired on October 4 and the second half will air in April next year. The anime’s cast from previous anime and visual novels will return to reprise their roles. The series will be directed by Takahiro Miura (Kara no Kyoukai 6: Boukyaku Rokuon) with Hideyuki Fukasawa (Vividred Operation) composing the music. The first Blu-ray boxset of the anime will release on March 25.

The second cour of the Fate/stay night: Unlimited Blade Works anime will be airing from April next year, during the Spring 2015 anime season. 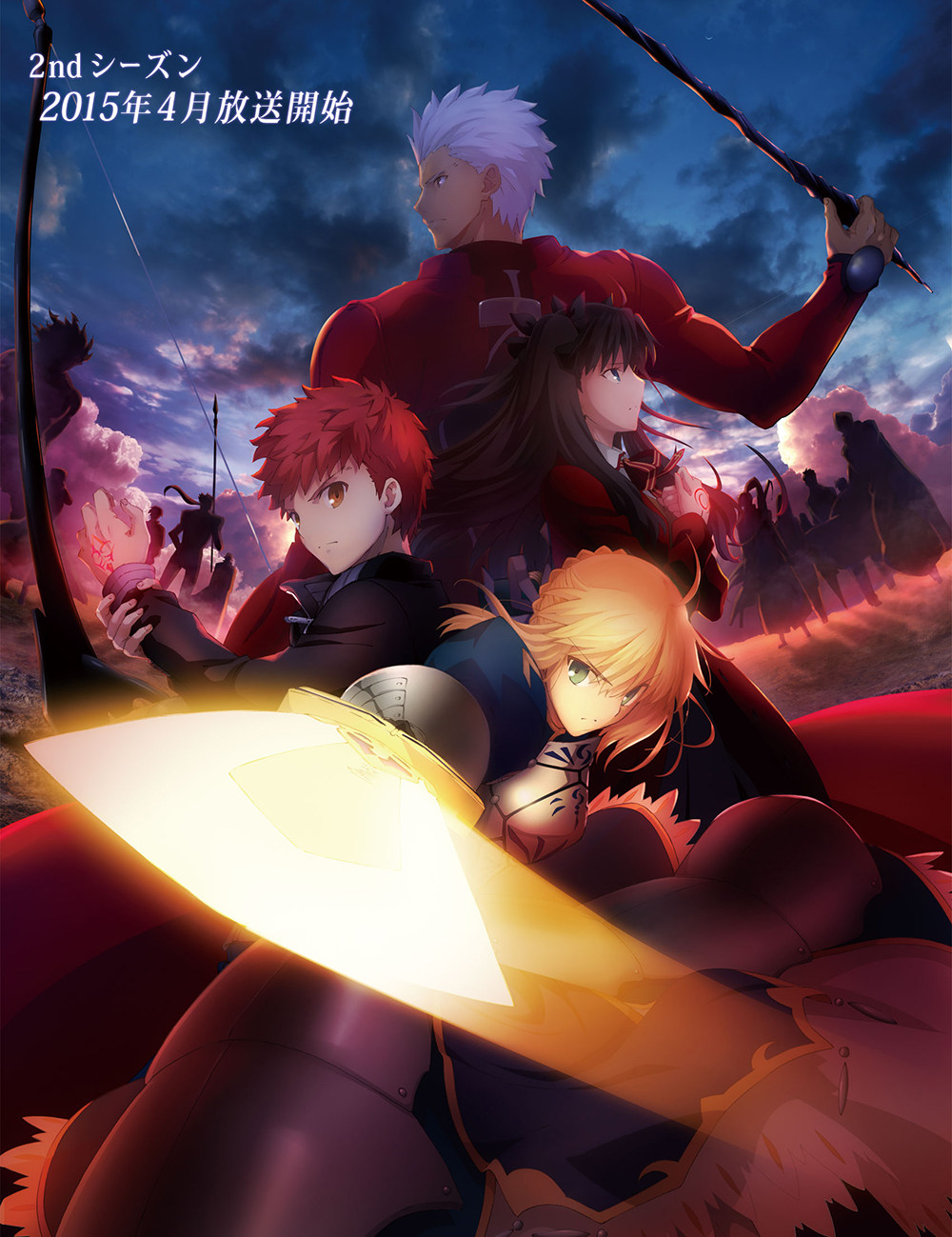