The second new trailer for the second season of Fate/kaleid liner Prisma☆Illya has released. Fate/kaleid liner Prisma☆Illya 2wei! was announced late last year at the end of the first season’s finale. It will be adapting the manga of the same name from Hiroshi Hiroyama. The anime will once again be animated by Silver Link (Kokoro Connect, Non Non Biyori) and Shin Oonuma (Baka to Test to Shoukanjuu, Kokoro Connect) will return to direct the second season.

About a month after the events of the first season, a new mission to normalize the Earth’s pulsations comes up. However, when Illlya tries to subdue the pulsations…

The anime will be airing this July, during the Summer 2014 anime season. 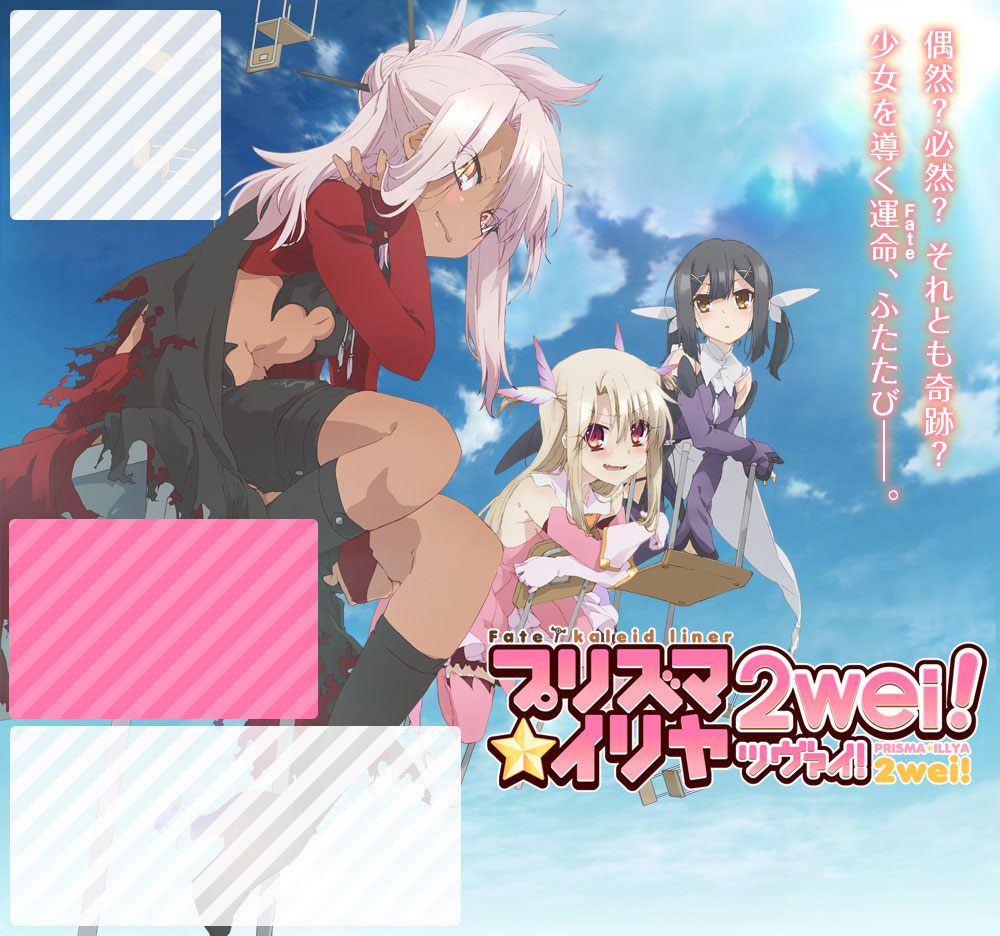 You can also visit the anime’s official website: http://anime.prisma-illya.jp/