Today at a special Tanabata exhibition in Akihabara, a new key visual was presented for Zokuowarimonogatari, the final novel in Nisio Isin and Vofan’s Monogatari light novel series. The key visual also revealed the release date for the novel, which will be releasing this August. 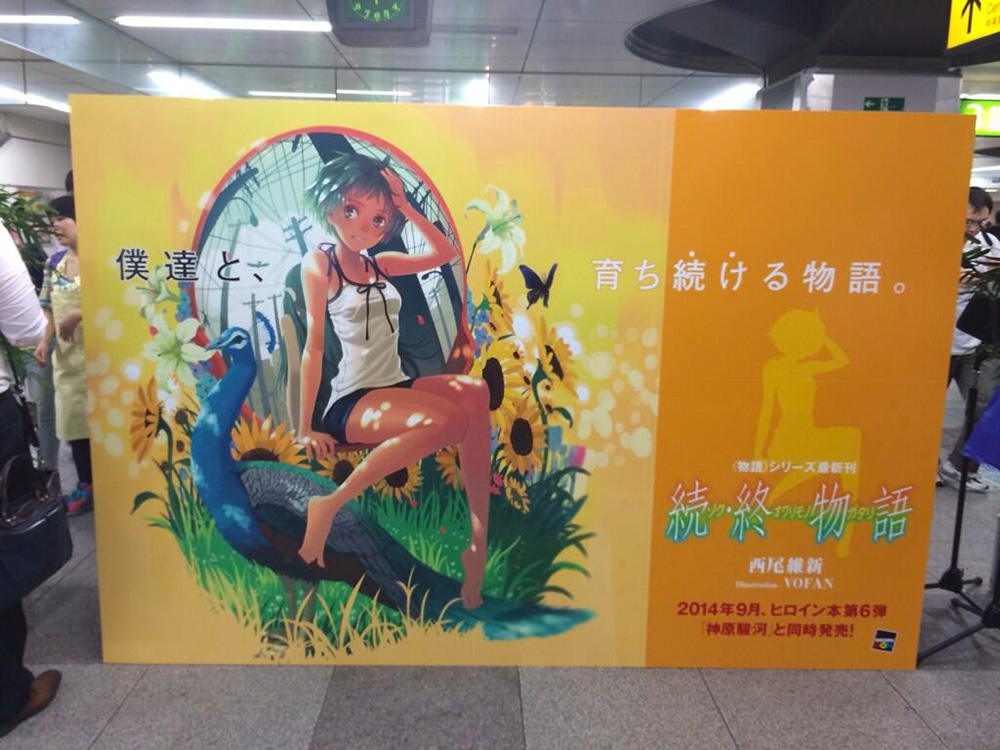 Zokuowarimonogatari will be the final novel in the series, bringing the total to 18 volumes. It is a continuation and side story of the previous novel and will contain the episode Koyomi Book.

The Monogatari series is a collection of light novels, written by Nisio Isin with illustrations from. The novels started in late 2005 and published under Kodansha’s Box imprint, where there has been a total of 16 volumes to date. The 17th volume will release on April 3rd, and the 18th and final volume releasing this August The light novels have received and anime adaptation titled Bakemonogatari, after the first volume, in 2009 from the animation studio Shaft. Since then a total of 11 novels has been animated by the same studio. It has been reported that there has been over a million sales of the Bakemonogatari and Nisemonogatari anime. In addition, a drama CD, a PlayStation Portable game and many figures and figurines have been made based on the series. 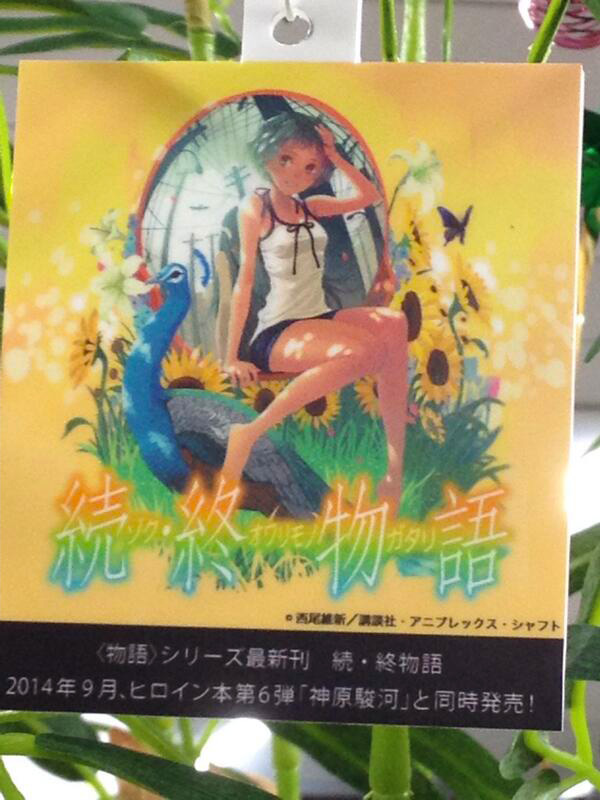 Zokuowarimonogatari will be releasing this September. It will contain the episode Koyomi Book and will be the final novel of the entire series.