Disney’s Frozen was without a doubt one of the holiday’s biggest film, grossing over a billion dollars worldwide and becoming one of the highest grossing film of all time. It released last in Japan this March, but with the largest fanfare where it broke numerous records. And now, Sony Japan has just released a Frozen themed PlayStation 4 on its online store. 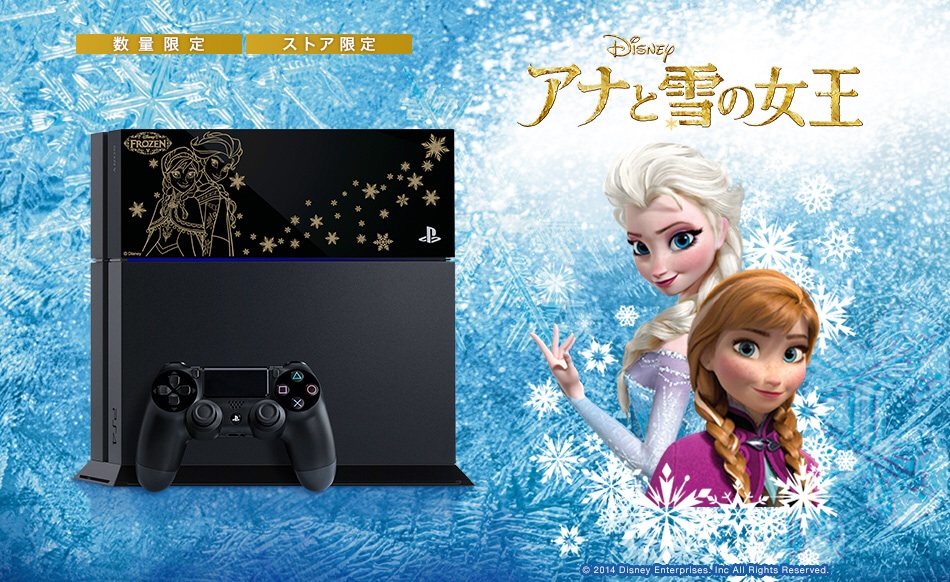 This Frozen themed PS4 has an laser engraved etch of the two protagonists of the film, Elsa and Anna, onto the console’s hard drive case. The hard drive itself is 500GB and the Frozen limited edition PlayStation 4 is priced at ¥42,980 (~$429.80 USD) and will be bundled with the typical accessories. 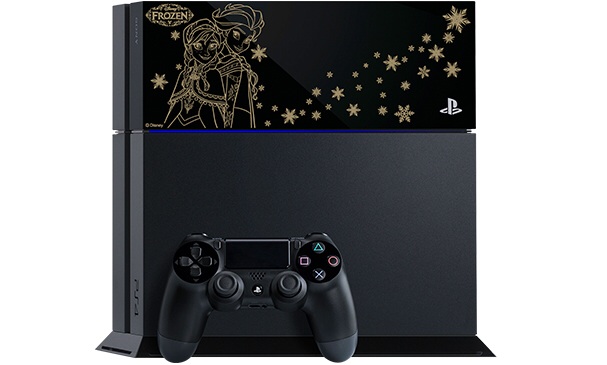 Sony has released many limited edition consoles for Japan as well as unique accessories, such as the PlayStation 3 bento box, that never see an international release. Many of these are custom etches or vinyls, but nonetheless having more options, instead of just the jet black, is always welcome.

Frozen has been constantly number one at the Japanese box office and first place in Amazon Japan’s home media sales since it’s release. It has grossed $243,533,423 USD over in Japan alone and still continues to dominate many community sites, such as Pixiv and Tumblr.

You can purchase the Frozen themed PlayStation 4 from the online Sony Store here: http://store.sony.jp/Special/Game/Ps4/Frozen/