The 60th volume of Katsu Aki’s manga Futari Ecchi has revealed that a new anime OVA series has been green lit. The OVAs will air this Fall/Autumn, 10 years since the first set of OVAs aired. 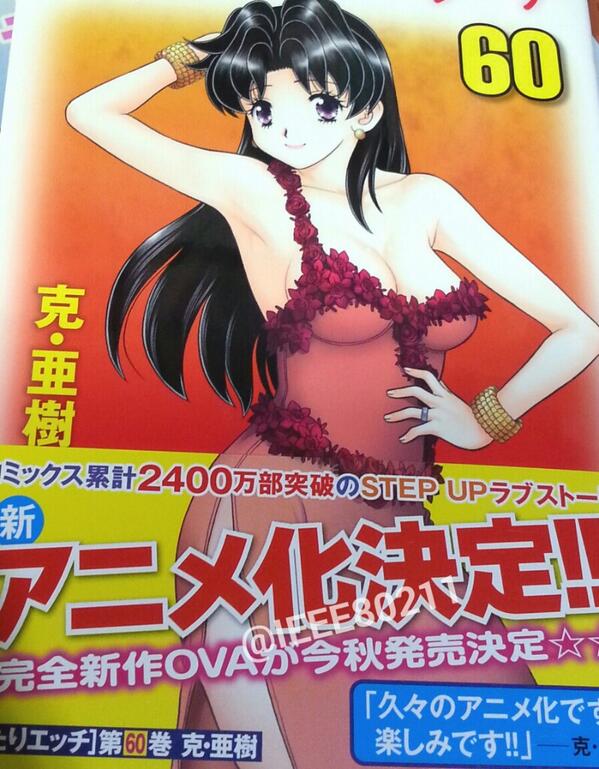 Futari Ecchi is a manga series from Katsu Aki, that began serialization in Hakusensha’s Young Animal magazine. The series is notable for featuring sex, where a virgin newlywed couple delve into sexual explorations – do note it contains nudity. The series combines these erotic moments with facts and statistics as well, providing the reader with helpful information. The manga has a total of 60 volumes. The series received a TV drama adaptation in 2000, which was followed by an OVA series in 2002. The OVAs were produced by Chaos Project. During that same time, Aki created another manga titled Futari Ecchi For Ladies, which focused on women. Since then a series of live action movies were released in 2011 and 2012.

Here is a plot synopsis from MAL:

Nothing else is known about the upcoming OVA series of Futari Ecchi other than its scheduled release of Fall/Autumn 2014. Expect more information in the upcoming weeks.