The production crew of the anime adaptation of Front Wing’s visual novel Grisaia no Kajitsu, has been revealed in the recent June issue of Megami Magazine. The director, character designer, series composer and production studio were revealed.

The people handling the Grisaia no Kajitsu anime are as follows:

The first key visual of the anime released in December last year: 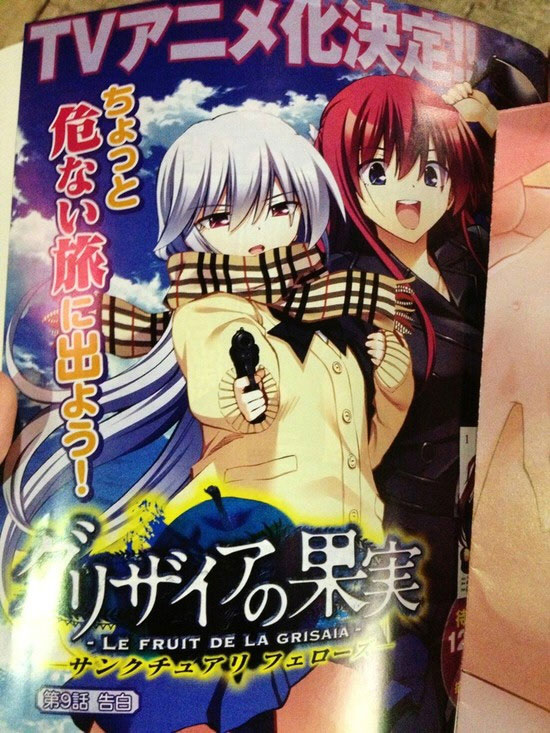 Information on the Grisaia no Kajitsu anime is still scarce. While the animation studio has been revealed, the release window and whether the VN cast will return has not been announced. Expect more information in the near future.

There is an official website of the anime, but it is currently closed off: http://www.grisaia-anime.com/

Source Article and Image – Yaraon
“Grisaia no Kajitsu”, images and all associated brands and titles © 2014 Front Wing and 8-Bit