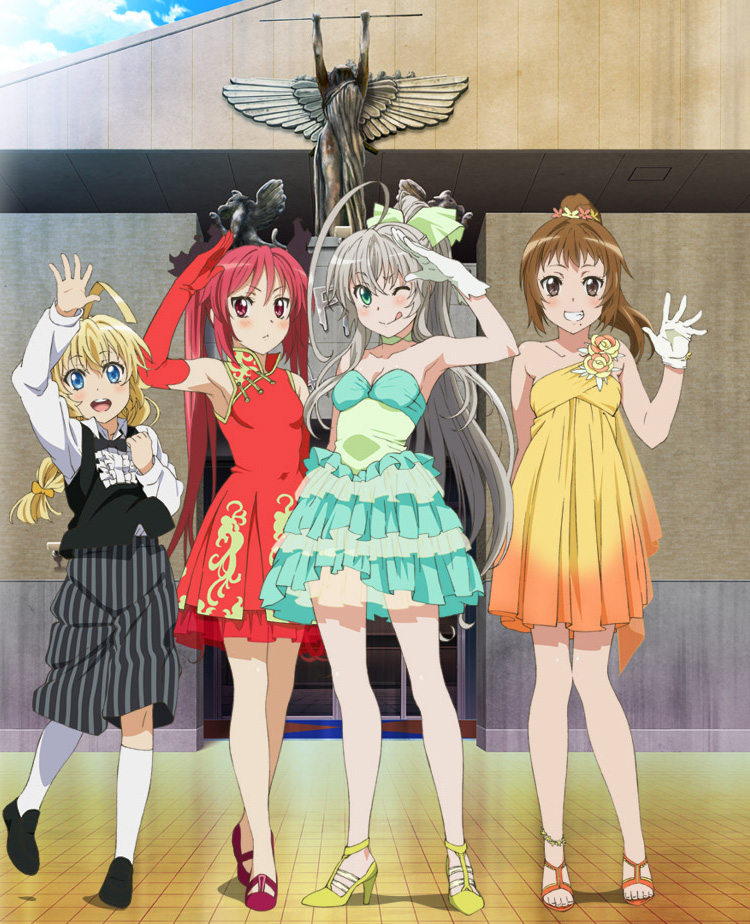 The OVA was announced at the first Haiyore! Nyaruko-san event at the Differ Ariake Arena in Tokyo. The event featured the voice cast of the anime appearing on stage and performing some live dubs from the anime: Kana Asumi (Nyaruko in the anime), Eri Kitamura (Mahiro Yasaka), Miyu Matsuki (Cthuko), Wataru Hatano (Takehiko Yoichi), Yuka Ootsubo (Tamao Kurei) and Rie Kugimiya (Hasta). The cast also hosted a Q&A session and gave out some gifts to members of the audience. 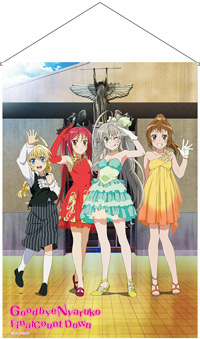 Haiyore! Nyaruko-san (Nyaruko: Crawling with Love) is a light novel series written by Manta Aisora and illustrated by Koin. The series ran from April 2009 till March 2014 in SoftBank Creative’s GA Magazine, and has a total of 12 volumes published by GA Bunko imprint. The series received an anime adaptation in 2009 as a series of OVAs, followed by an anime series titled Haiyoru! Nyaruani: Remember My Love in the following year; each episode was 4 minutes long. The series was produced by DLE (Thermae Romae, Honto ni Atta! Reibai Sensei). Two manga adaptations were produced in 2011, including a 4koma titled Haiyore! Super Nyaruko-chan Time. The series received a full TV anime adaptation in 2012 from Xebec (To Love-Ru , Rio: Rainbow Gate!) and a second season, titled Haiyore! Nyaruko-san W, in 2013. A video game adaptation of the series was released earlier this year for the PlayStation Vita.

The story centers around Nyaruko, a formless Cthulhu deity of Chaos (Nyarlathotep) who can take on the shape of a seemingly ordinary silver-haired girl. Mahiro Yasaka is a normal high school boy who is being chased by a fearsome black alien one night, until Nyaruko saves him. She explains that the creatures from H. P. Lovecraft’s works are actually races of aliens, and that she has been sent to Earth to protect him from being kidnapped by an alien trafficker. Eventually, Nyaruko and two other Lovecraft-creatures, Cthugha and Hastur, ends up being freeloaders at Mahiro’s place.

Not a lot of information about the Haiyore! Nyaruko-san F OVA has been revealed. Further information will be released at a later date.