The official website for Ichiei Ishibumi and Miyama-Zero’s High School DxD light novel series has announced that a Blu-ray collection of the first anime adaptation will be releasing on March 15th. In addition, the site also revealed that the release will contain a bonus unaired episode. 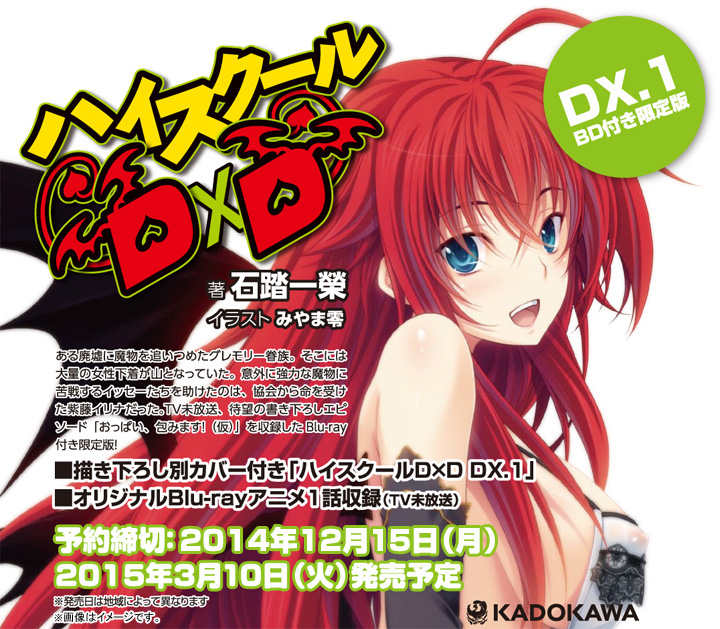 The Blu-ray release of the High School DxD anime will be titled DxD.1. It will be bundled with a new unaired episode at a full 24 minutes. The episode itself was drafted by Ichiei Ishibumi, the writer of the light novels. In addition, the Blu-ray will come with in a tall special edition case. Pre-orders for High School DxD DxD.1 open on December 15th and will cost ¥4,860 (~ $48.60 USD) from the Kadokawa Shop. Postage to local addresses in Japan are free.

Will you be buying the Blu-ray? And what does this mean about the upcoming third season? Let us know below.