When an anime adaptation is produced, it usually tries to follow the source material as close as possible. Of course there will be changes here and there to fit the director’s interpretation and TV regulations. Sometimes censorship can ruin an adaptation, but in this instance the anime is much suggestive than the original manga…

We have here some images to compare the original manga and the anime adaptation for Norio Tsukudani’s 4koma crossdressing manga Himegoto. The anime itself is produced by Asahi Productions (Medaka Box, Nihonbashi Koukashita R Keikaku) and is directed by Takeyuki Yanase (Kiba). The anime is currently airing during the Summer 2014 anime season.

The original manga is on the left and the anime adaptation is on the right. Click on the image for the full resolution: 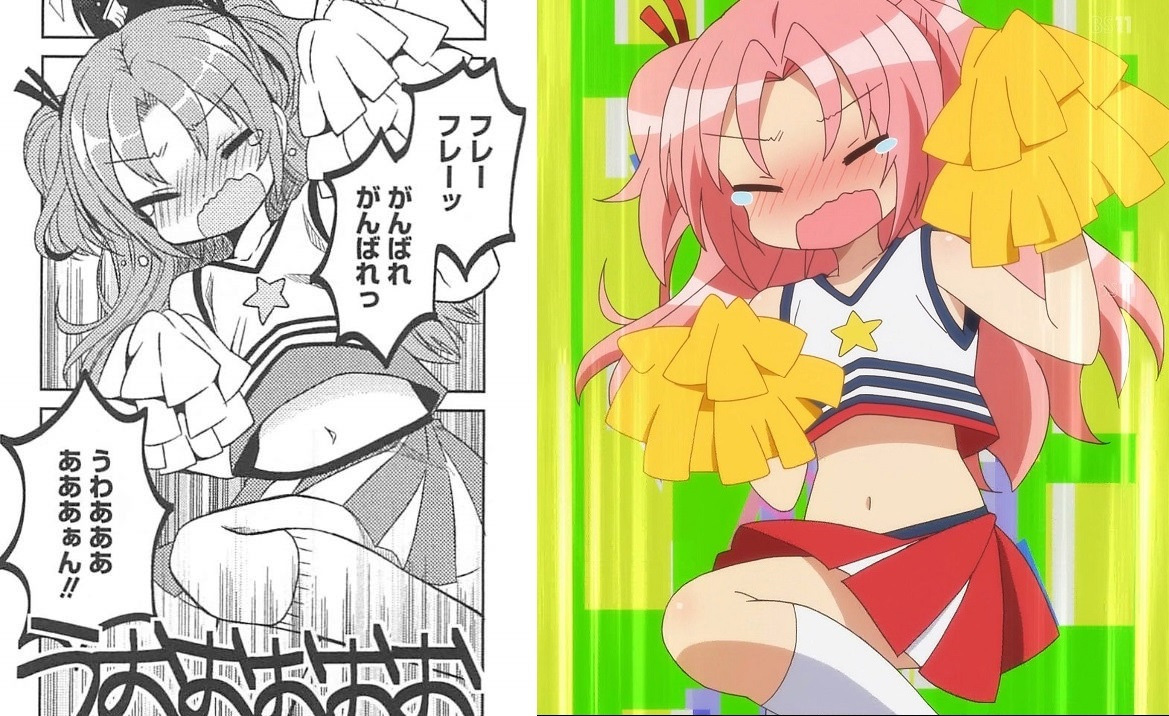 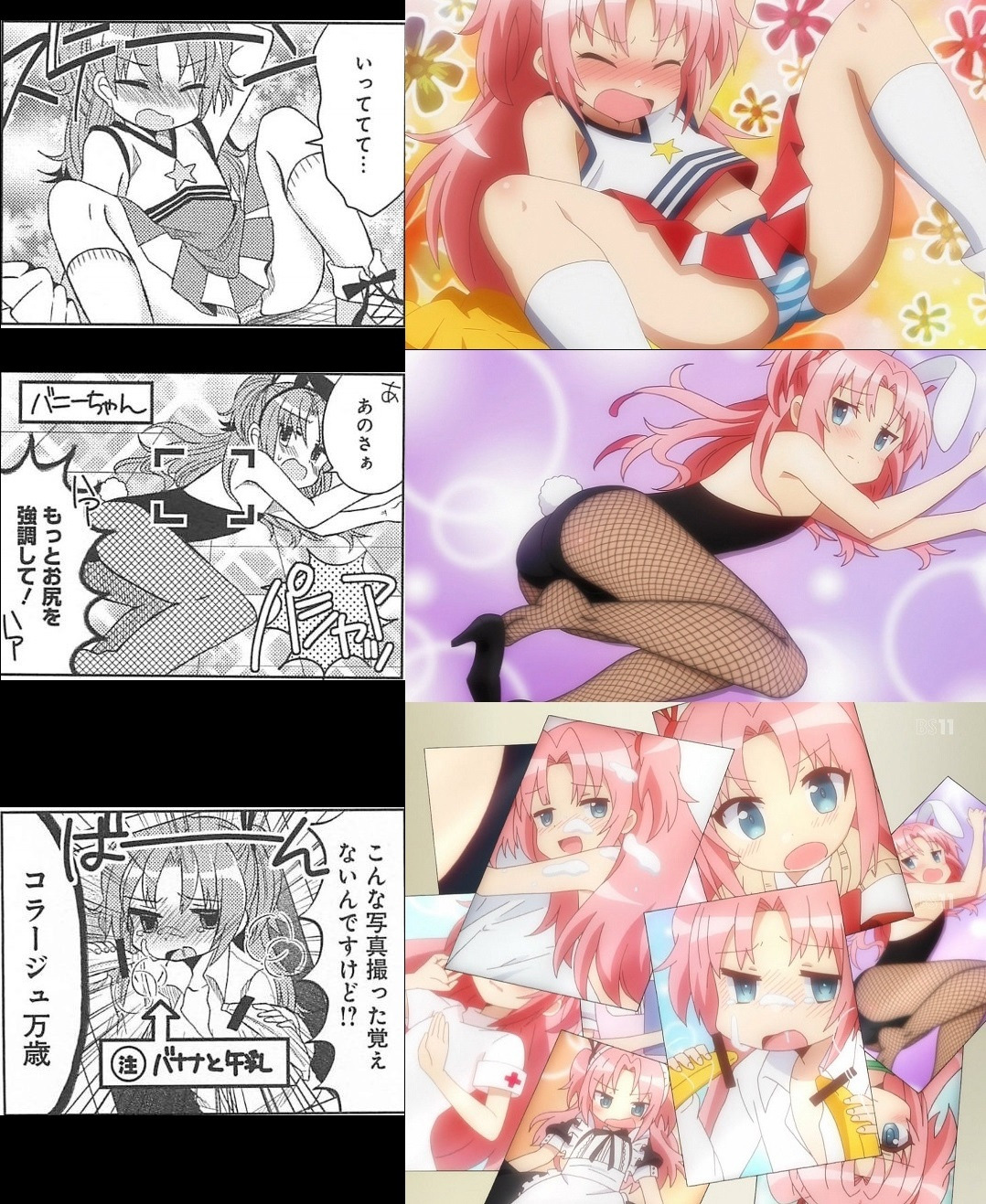 Himegoto (Secret Princess Himegoto) is a 4 panel manga series from Norio Tsukudani that began in 2011. The series is published in Ichijinsha’s Wai! magazine (a magazine dedicated to cross dressing manga) and ended in February this year for a total of 3 volumes. A spin-off manga titled Himegoto+ released in Ichijinsha’s Waai! Mahalo magazine from April 2012 to December 2013. A manga adaptation from Norio Tsukudani began in December 2013 in Ichijinsha’s Comic Rex magazine. An Internet radio show was produced in April to promote the upcoming anime season.

Here is a synopsis of Himegoto from MAL:

Himegoto follows Hime Arikawa, a second-year student at Shimoshina High School. Forced to assume a large amount of debt from by his now-absent parents, Hime is saved by the three girls of his school’s student council after he is chased down by debt collectors. In return for paying off his debt, Hime agrees to their conditions of becoming the student council’s “dog” and spending his high school life dressed as a girl.

So what do you make of the comparisons?