The official website of the anime adaptation of Akira Suzuki and Niθ’s light novel Hyakka Ryouran: Samurai Girls has announced that a new OVA of the series will be bundled with Niθ’s second volume of his Art Book, releasing on December 19th. 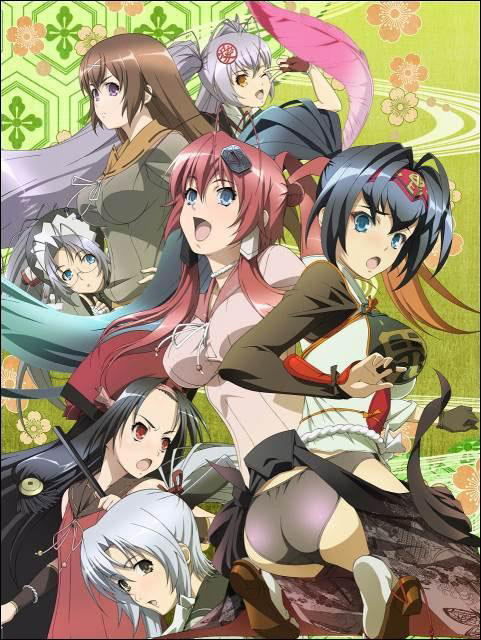 The OVA will be titled Hyakka Ryouran: Samurai After and will be 2 episodes long. The first 30 minute episode will be on a Blu-ray bundled with the Niθ ART WORKS Volume 2 art book and is set a year after the anime’s second season, Hyakka Ryouran: Samurai Bride. The episode will feature new character Uesugi Kagekatsu as she joins the crew at the Yagyu Dojo. The Blu-ray will also contain another anime short that showcases what it would be like to be married to one of the girls in the anime from a first person perspective. You can pre-order the art book on Amazon Japan: http://www.amazon.co.jp/gp/product/4798608920/

The art book itself is 64 pages long and contains 50 illustrations of designs, storyboards and art featuring Hyakka Ryouran. A second part of the art book will be releasing in March next year, which will also contain the second episode of the OVA.

Hyakka Ryouran: Samurai Girls is a light novel series written by Akira Suzuki and illustrated by Niθ. The series began publication in 2009 in Hobby Japan’s HJ Bunko imprint where a total of 15 volumes have been released to date. A total of 3 manga adaptations of the series have been produced so far. The light novels received an anime adaptation in 2010 from studio Arms (Elfen Lied, Genshiken) and directed by Koubun Shizuno (Knights of Sidonia, Detective Conan Movies). The anime received a second season that aired last year.

Here is a synopsis of the originals series from MAL:

The story takes place in Japan in the early 21st century, in an alternate reality where the Tokugawa Shogunate has remained in power. In this reality, student councils are tasked with oppressing schools. Yagyuu Muneakira is a high school student who rebels against his student council with the help of girls who’ve had the names of famous samurai heroes passed on to them.

The Hyakka Ryouran: Samurai After 2 episode OVA will begin in Niθ ART WORKS Volume 2 that will be releasing on December 19. The second OVA will then release in the next Niθ ART WORKS in March next year. You can pre-order the first book on Amazon Japan.

You can visit the anime’s official website here: http://hyakka-ryoran.net/

Are you excited for more Hyakka Ryouran? Will it provide more sexy entertainment?