Three new commercials have released for K Missing Kings, the sequel film to the 2012 anime K. It will follow Kuroh Yatogami and Neko as they try to find Shiro, whilst an incident lures all the remaining Kings together. The film will be produced by the same studio that animated the TV series, GoHands and written by GoRa. There will also be two tie-in drama CDs, with the Blu-ray and DVD boxsets of the original series going on sale on August 6.

K Missing Kings will be releasing in Japanese theatres on July 12.

Here is the latest visual from the 100 Days of Visuals: 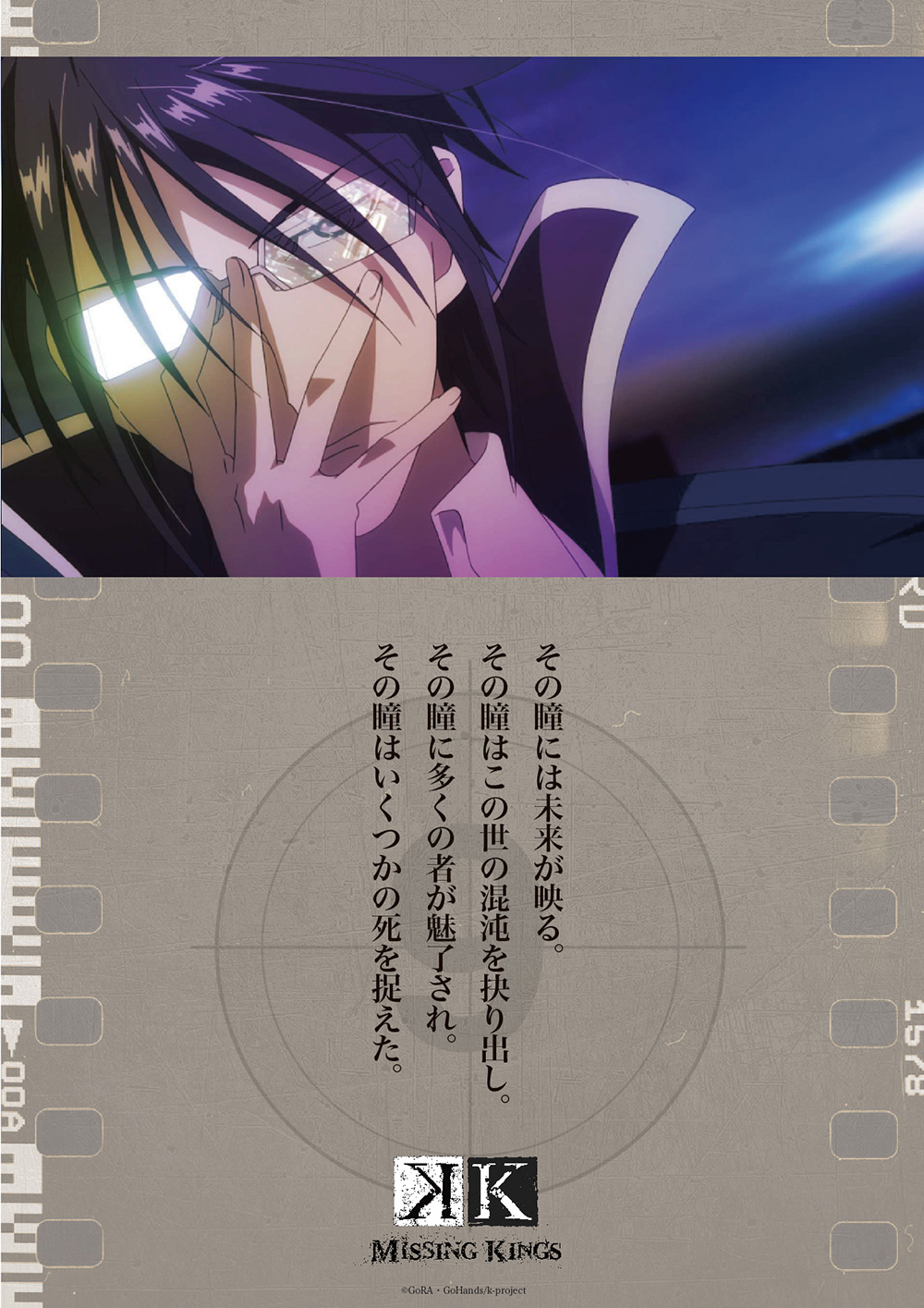