Update: The first visual and the title of the second season has been revealed.

The official Twitter account for the anime Kiniro Mosaic has announced that a second season of the anime is coming out.  In addition to the announcement, the official website of the series has updated to reveal that there will be a live concert being hosted on May 5th.

The live Kiniro Mosaic concert is titled Hello Konnichiwa!! and will be performed by the group Rhodanthe*, who are the voice actresses of the main characters of the anime. The concert will be held at the Zepp Tokyo on May 4th at 5pm. Tickets for the event will go on sale on March 21st. 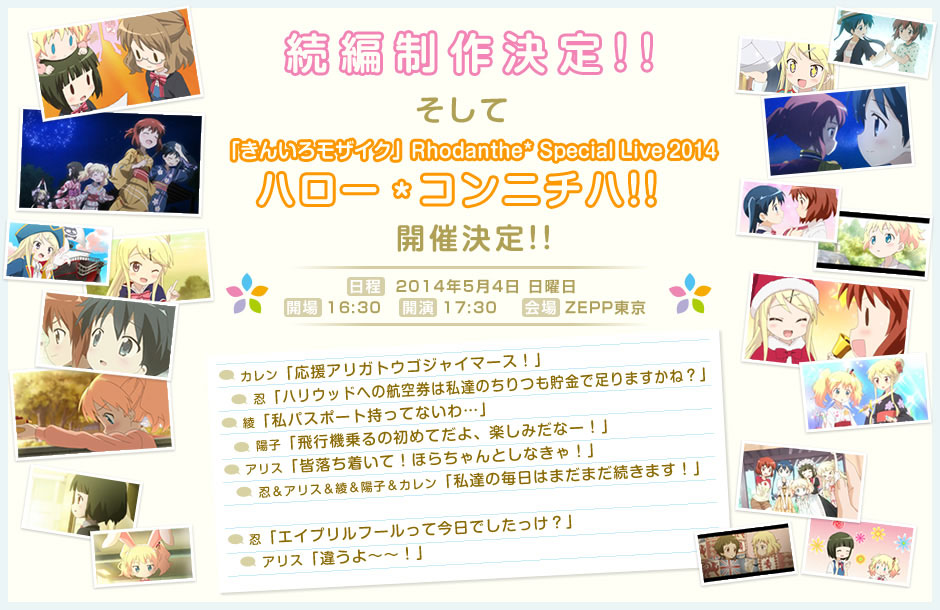 Kiniro Mosaic (Kinmoza!) is a 4 panel manga created by Yui Hara. The manga began in mid 2010, where it is being published by Houbunsha’s Manga Time Kirara Max magazine. To date the manga has a total of 4 volumes. The series received an anime adaption in July 2013 from Studio Gokumi. The series also featured the debut of Rhodanthe*, an idol group featuring the main seiyuus of the anime. 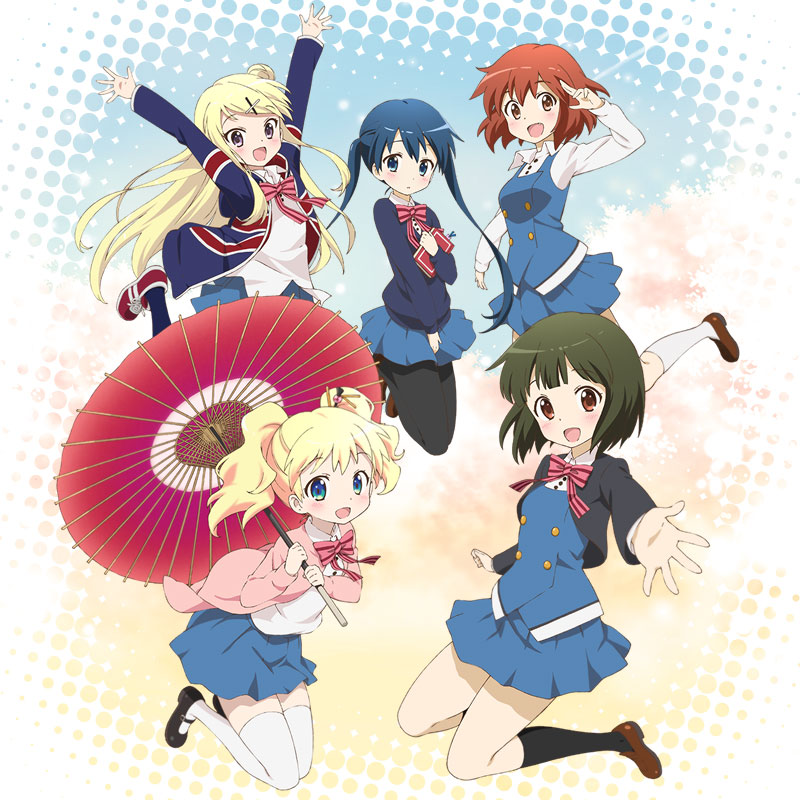 Not much is currently known about the second season of Kiniro Mosaic. Expect more information about the series in the upcoming weeks.

In the meantime you can visit the anime’s official website: http://www.kinmosa.com/