The official website of the anime adaptation of Makoto Kawai’s Koufuku Graffiti (Happy Cooking Graffiti) has revealed that the upcoming series will be airing from January 8th next year. In addition, a brand new visual has been released as well as new cast members, and the Opening and Ending themes of the anime. 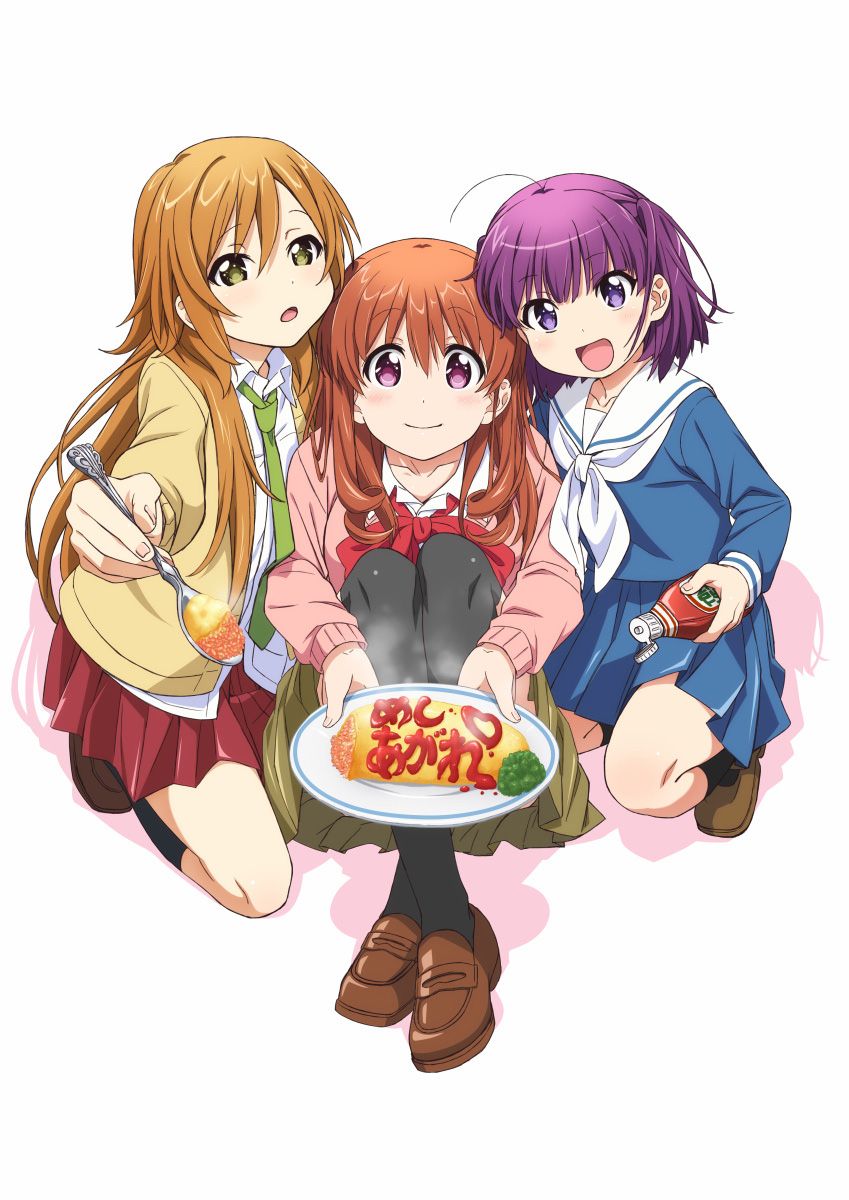 The website has revealed three new voice actresses that will be joining the main cast of the Koufuku Graffiti anime. They include:

The remainder of the main cast was earlier revealed on the series’ website and are as follows: 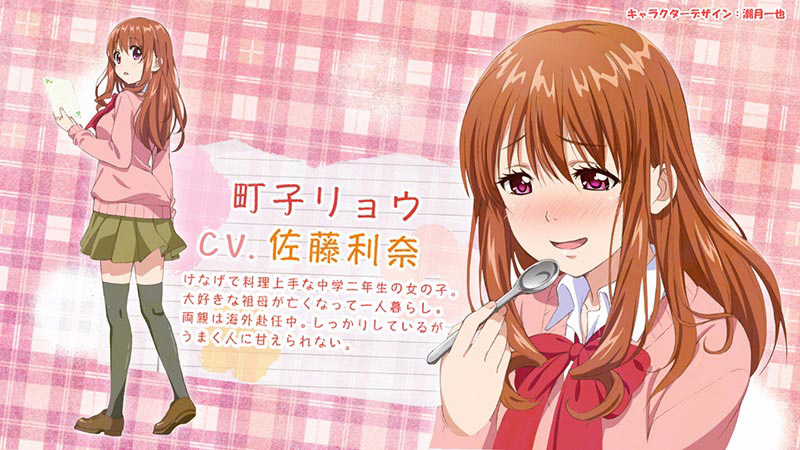 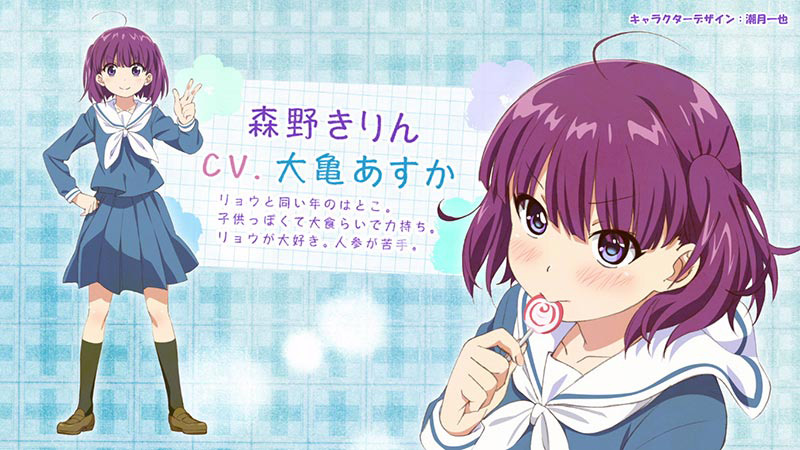 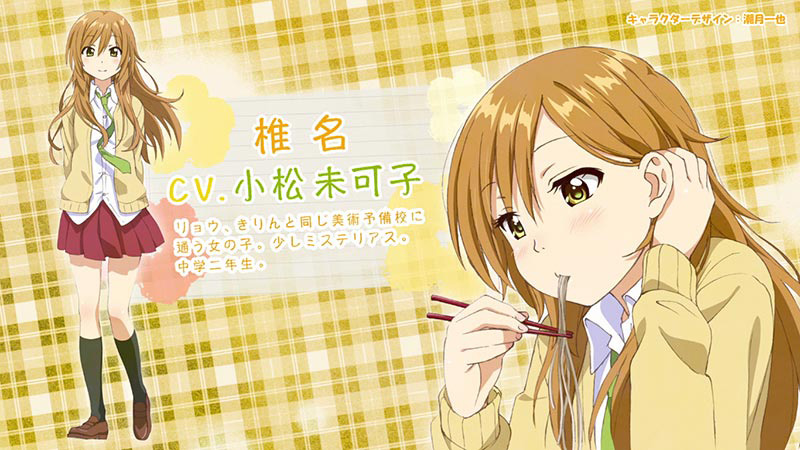 The Opening and Ending themes of the anime were also revealed. The OP will be Shiawase ni Tsuite Watashi ga Shitteiru Itsutsu no Houhou performed by Maaya Sakamoto and the ED will be Egao ni Naru by Ryou Machiko and Kirin Morino.

The site has also revealed various visuals for the celebration of Yakiniku Day on August 30: 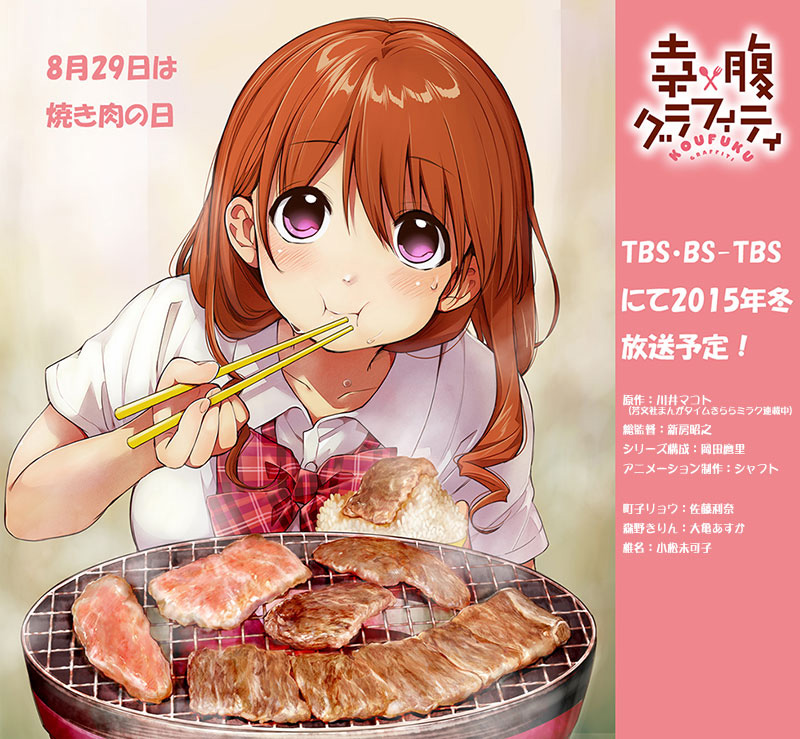 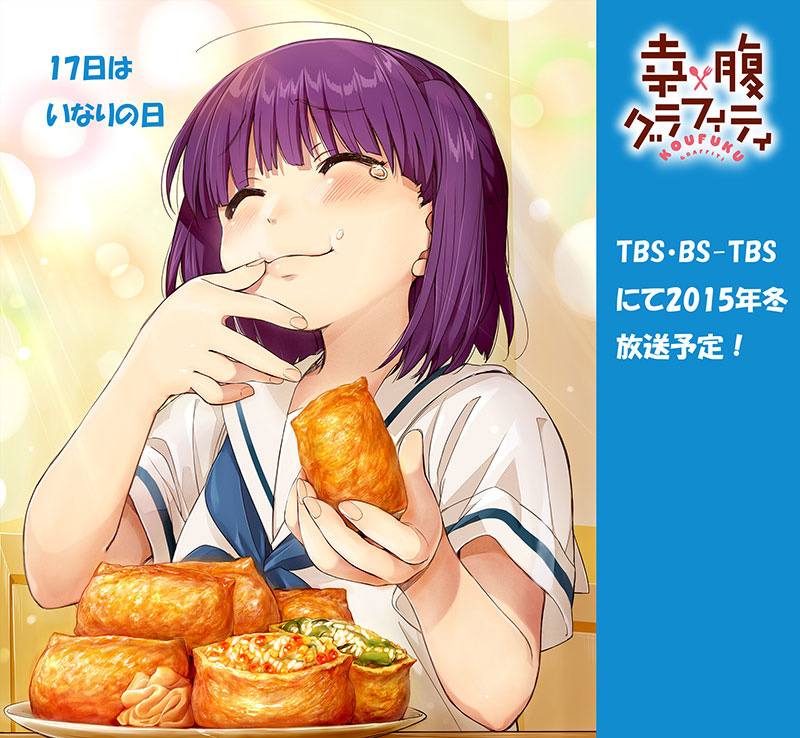 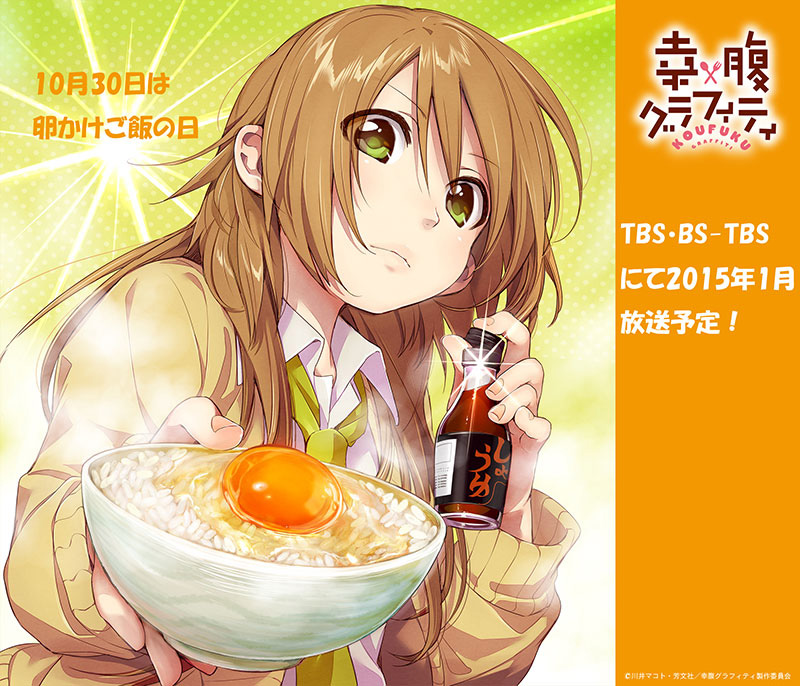 Koufuku Graffiti (Happy Cooking Graffiti) is a 4koma manga series by Makoto Kawai. It began serialization in March 2012 in Houbunsha’s Manga Time Kirara Miracle! magazine and to date has a total of 3 compiled volumes, with the third releasing on March 27. 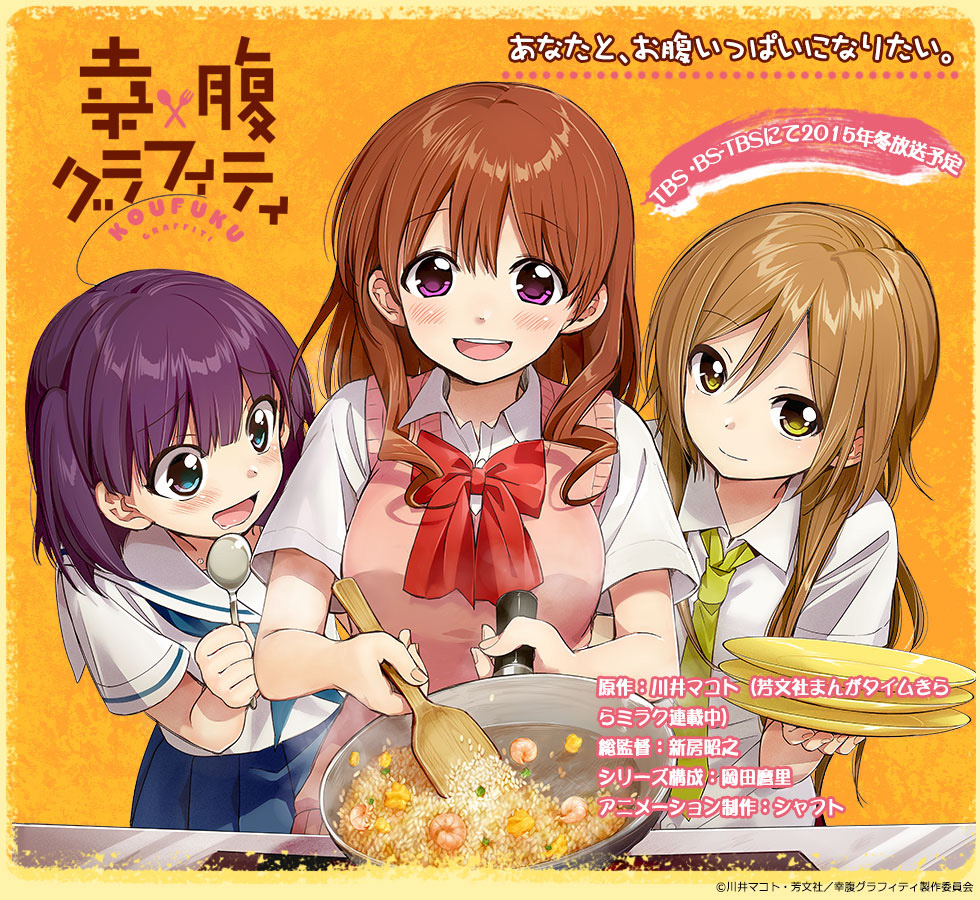 The Koufuku Graffiti anime will be airing from January 8 on TBS at 23:46am (effectively January 9th 1:46am), followed by MBS, CBC and BS-TBS, during the Winter 2014/2015 anime season. Further information about the anime will release soon.