The official website of Fujimi Shobo has announced that an anime adaptation of Yu Moroboshi and Mikihiro Amami’s light novel series Kusen Madoushi Kouhosei no Kyoukan (The Instructor of Aerial Combat Wizard Candidates) is currently in production. 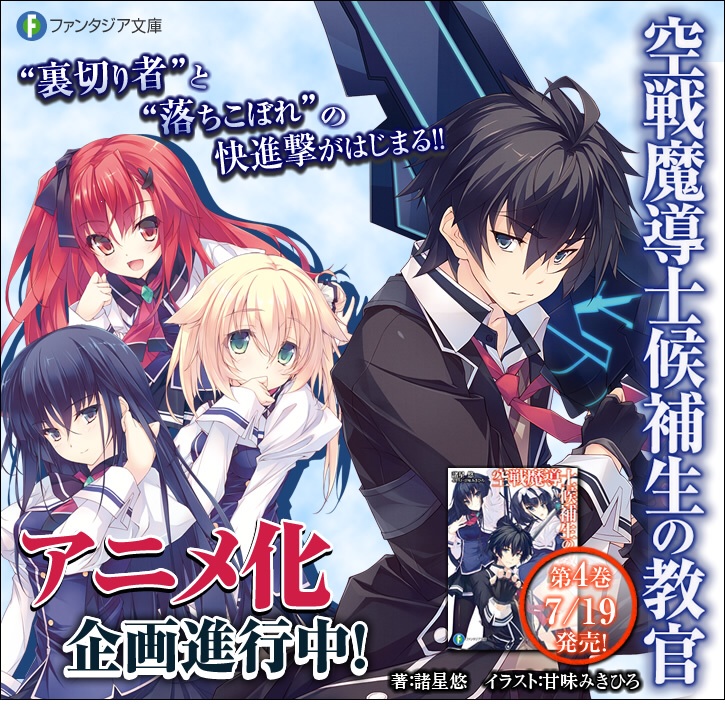 Kusen Madoushi Kouhosei no Kyoukan (The Instructor of Aerial Combat Wizard Candidates) is a fantasy action light novel series written by Yu Moroboshi with illustrations from Mikihiro Amani. The series started in July 2013 in Fujimi Shobo’s Fantasia Bunko imprint. To date a total of 3 compiled volumes have been released, with the 4th volume releasing on the 19th. A manga adaptation of Kusen Madoushi Kouhosei no Kyoukan was earlier announced and will debut on July 26 in Media Factory’s Monthly Comic Alive magazine. The manga will be based on Moroboshi’s story and illustrated by Arisu Shidou. 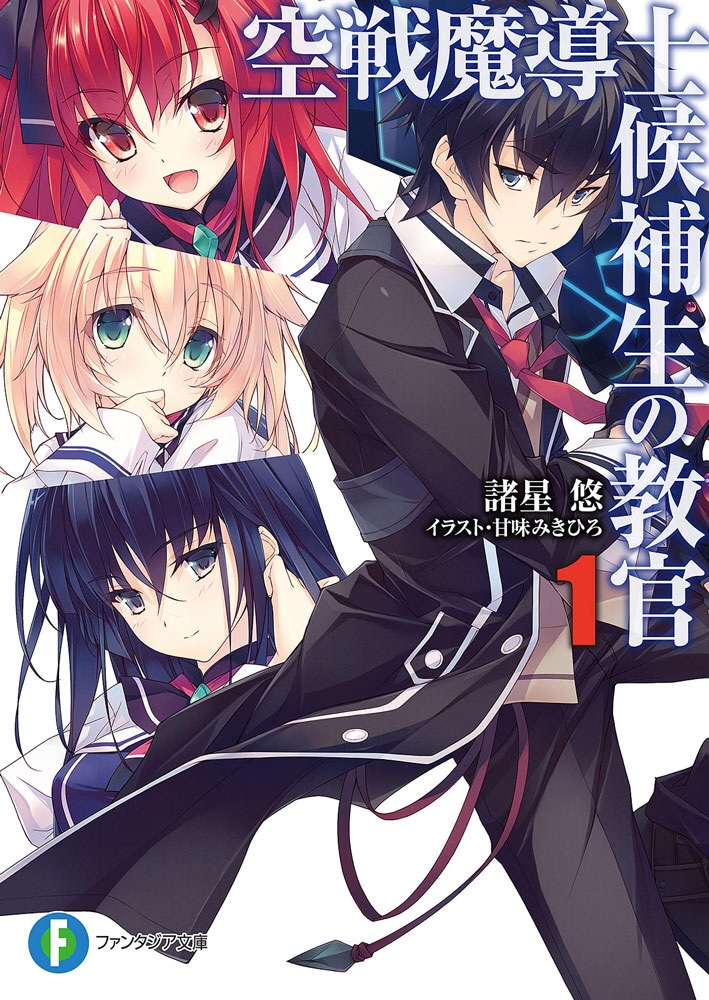 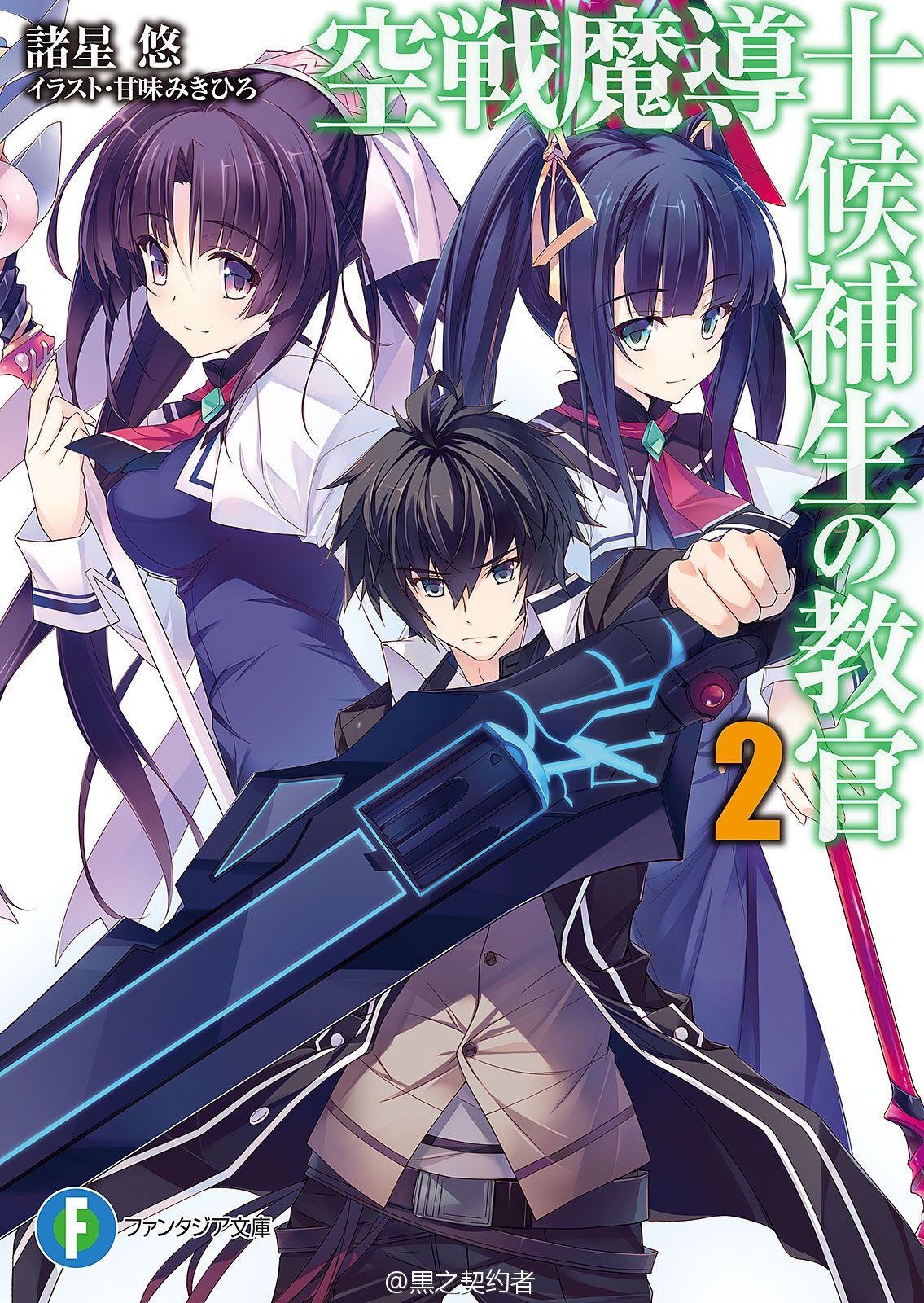 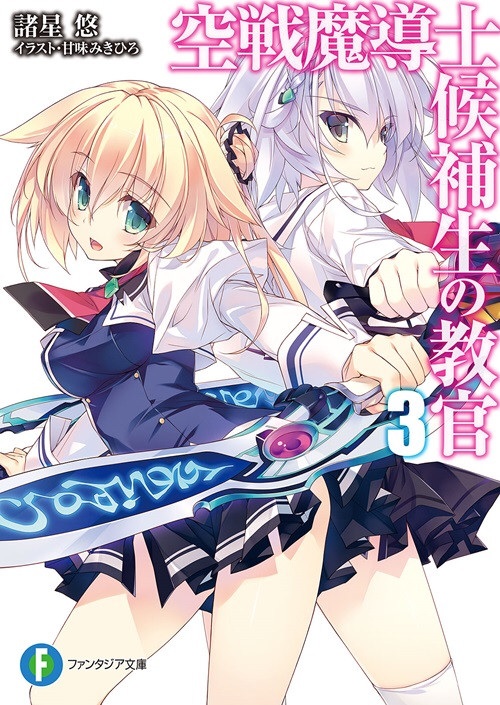 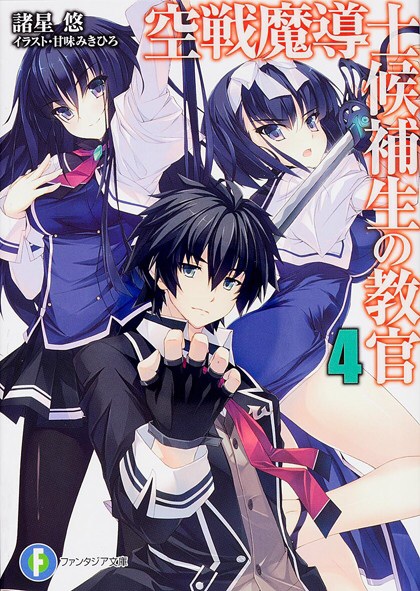 Here is a commercial for the light novel’s 4th volume:

Kanata Age is a young man who lives on the floating wizard academy city of ‘Misutogan.’ He was once celebrated as the ‘Black Master Swordsman,’ the elite ace of the S128 special team. However, he is now despised as the ‘traitor of the special team.’ One day, he is assigned as the instructor of E601, a team that has suffered 10 consecutive defeats. E601 has three girls—Misora Whitale, Lecty Eisenach, and Rico Flamel—with one or two peculiar quirks. 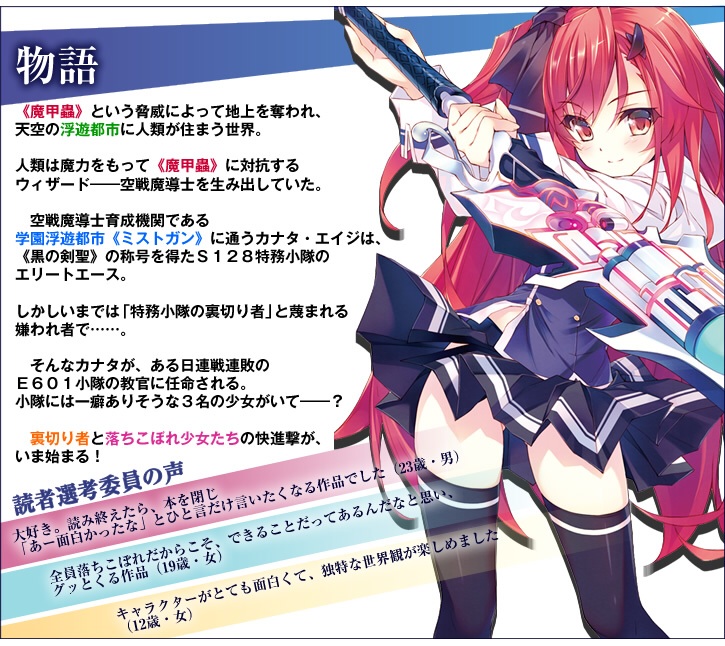 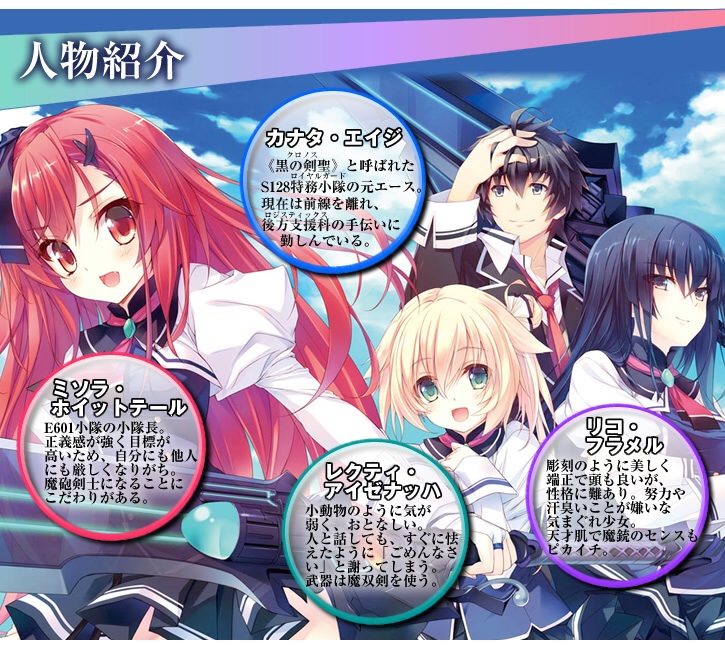 Further information about the Kusen Madoushi Kouhosei no Kyoukan anime, such as the animation studio and cast, will release in future issues of Fujimi Shobo’s magazines and imprints.