Weekly Shonen Jump has announced that a live action film of Bakuman has been green-lit and in production. The film based on Tsugumi Ohba and Takeshi Obata’s manga will be releasing in 2015. 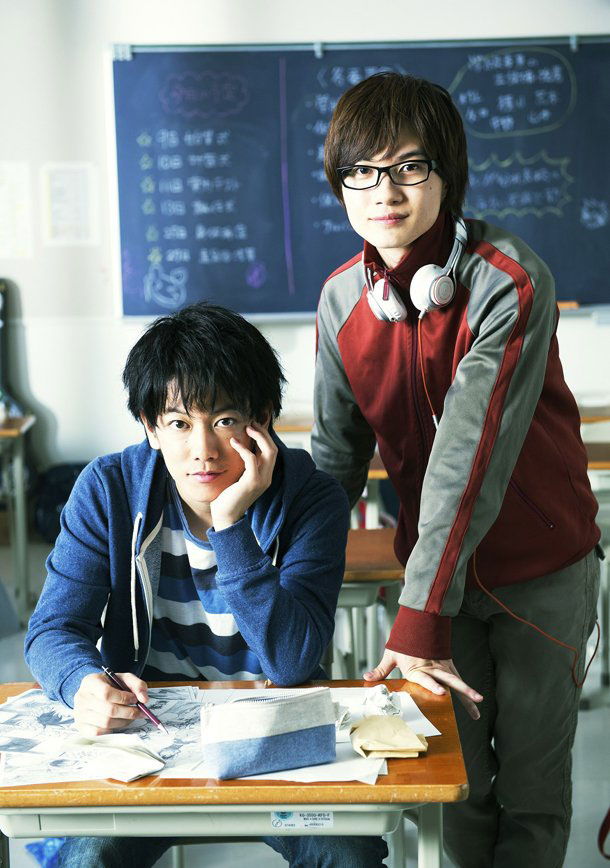 The film will be directed by Hitoshi Ohne, who has directed the Moteki live action film adaptation and the 2013 film Koi no uzu. The adaptation will star Takeru Satoh (Kenshin Himura in the live action Rurouni Kenshin films) as Moritaka Mashiro, an aspiring manga artist. Alongside Satoh will be Ryunosuke Kamiki (Kenji Koiso in Summer Wars and Sojiro Seta from the Rurouni Kenshin: Kyoto Taika-hen movie) who will play Akito Takagi. 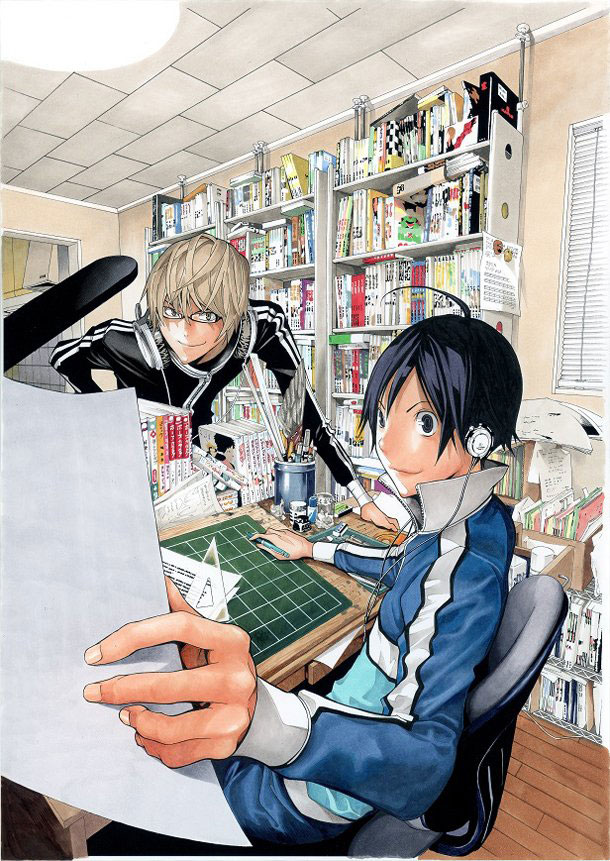 Bakuman is a manga series that started 2008  and ended in mid 2012. The series is written by Tsugumi Ohba and illustrated by Takeshi Obata, the same duo behind the original Death Note manga. The series ran in Shueisha’s Weekly Shounen Jump for a total of 20 volumes. To date the manga has sold over 15 million copies. The manga follows two students who wish to become manga artists. An anime adaptation starting airing in 2010 and was produced by J.C. Staff. Two sequel seasons aired in the 3 following years. A video game based on the series released on the Nintendo DS in 2011.

Here is a synopsis of Bakuman from MAL:

Moritaka Mashiro and Akito Takagi are pretty much foils of each other. Mashiro, an average 9th grade student but talented artist, and Takagi, an overall advanced 9th grader and aspiring writer. After great convincing, Takagi convinces Mashiro to join him in becoming the greatest mangakas Japan has ever seen. Takagi, with his gift of writing, hopes to become a successful mangaka, and Mashiro, with his gift of art, hopes to marry the girl of his dreams, Azuki Miho.

The live action film adaptation of Bakuman will be out in Japanese theatres next year. More information about the film will be released in the upcoming months.

You can visit the film’s official website here: http://www.bakuman-movie.com/