Mobile developers and publishers KLabGames and Bushiroad announced earlier in the year that the mobile game Love Live! School Idol Festival would be releasing in English this season. And thus, the game is now out on the IOS App Store and the Google Play Store worldwide in English, though Japan, China, Taiwan, Hong Kong, and South Korea will have the game available in their local languages. 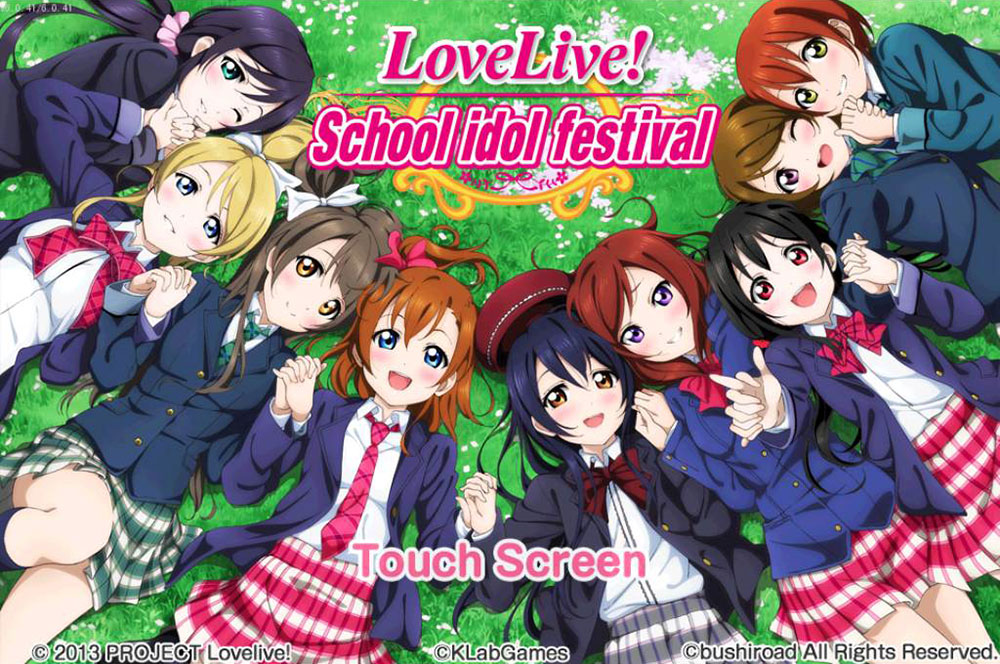 The game is released as School Idol Festival on the respective stores, dropping the Love Live! title. The free to play title is ~40MB on both IOS and Android. Love Live! School Idol Festival is a game hybrid of the Rhythm and adventure genres, where you play songs from the series’ idol group μ’s, and interact with the characters from the anime. The game also has a form of social integration, where you build your idol group based on what cards you have. The main portion of the game is split up into chapters, with chapter 15 being the most recent addition. It released in Japan April last year and it was reported that the app had over 2 million users.

Here are some images and screenshots of the game. 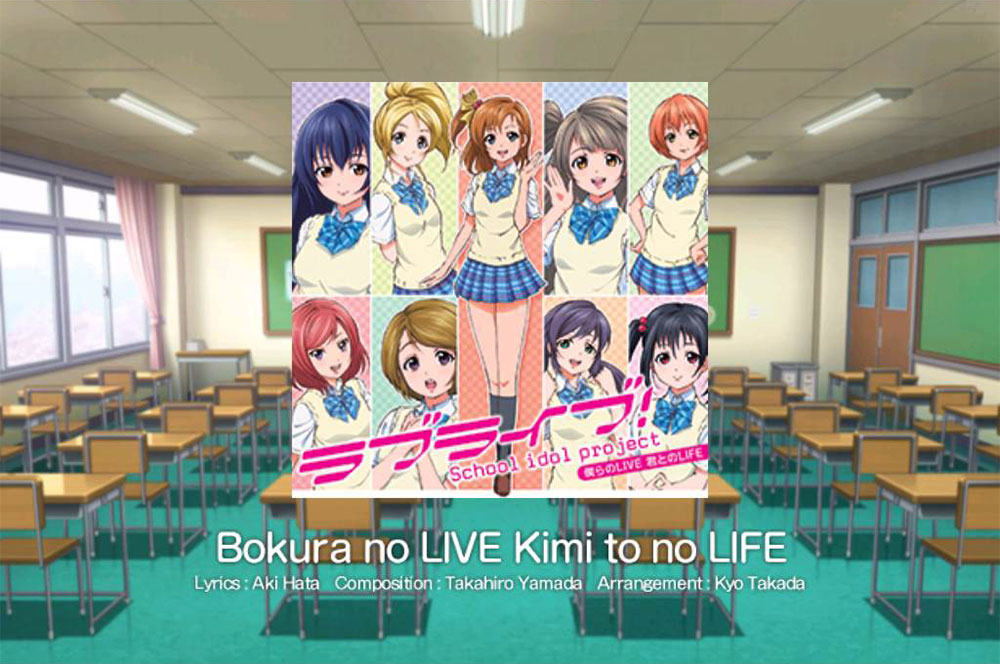 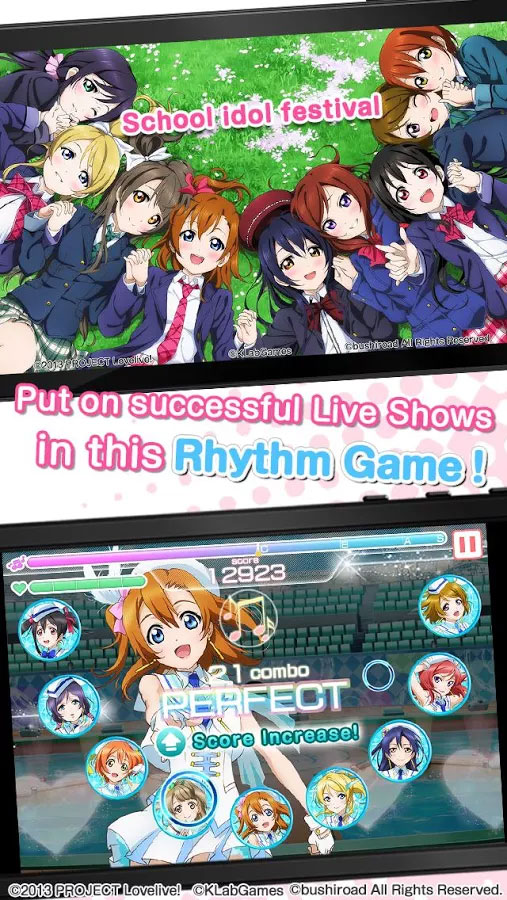 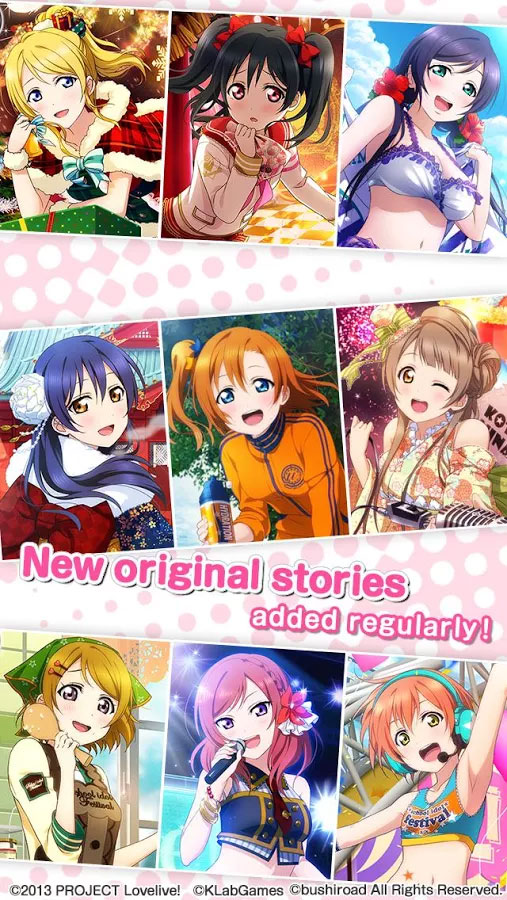 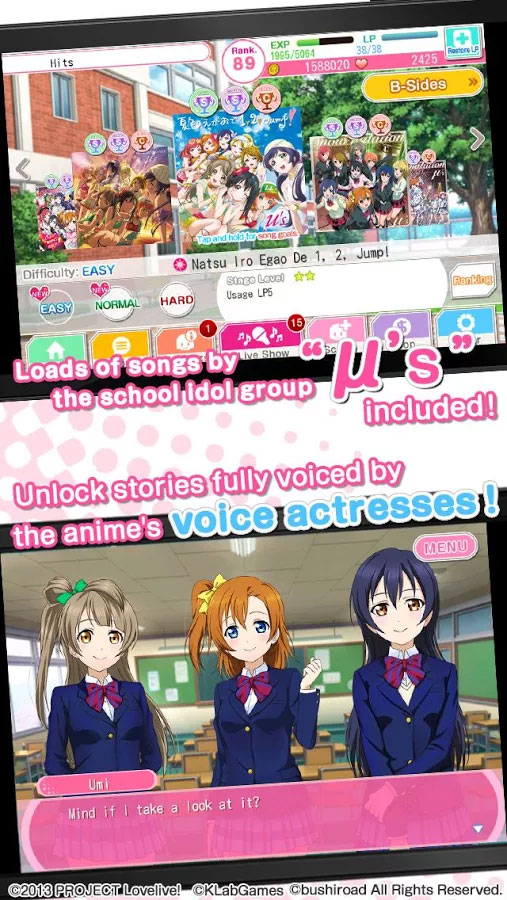 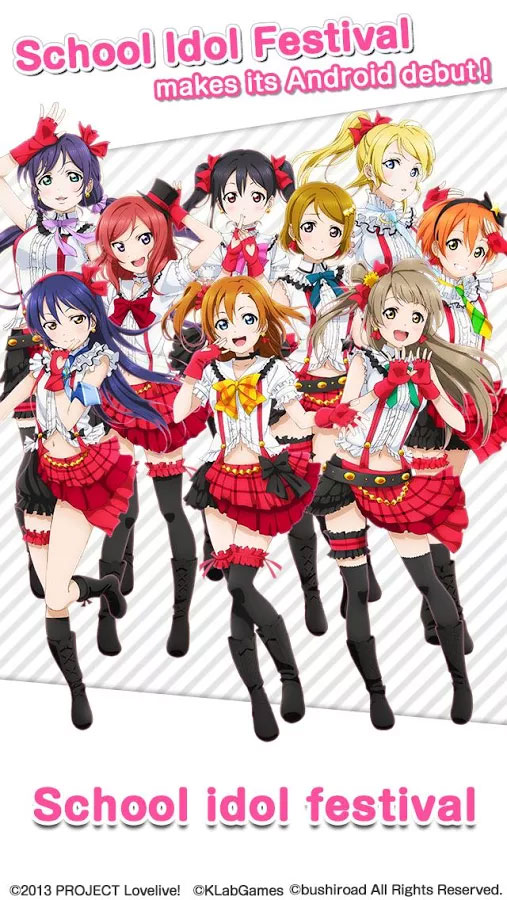 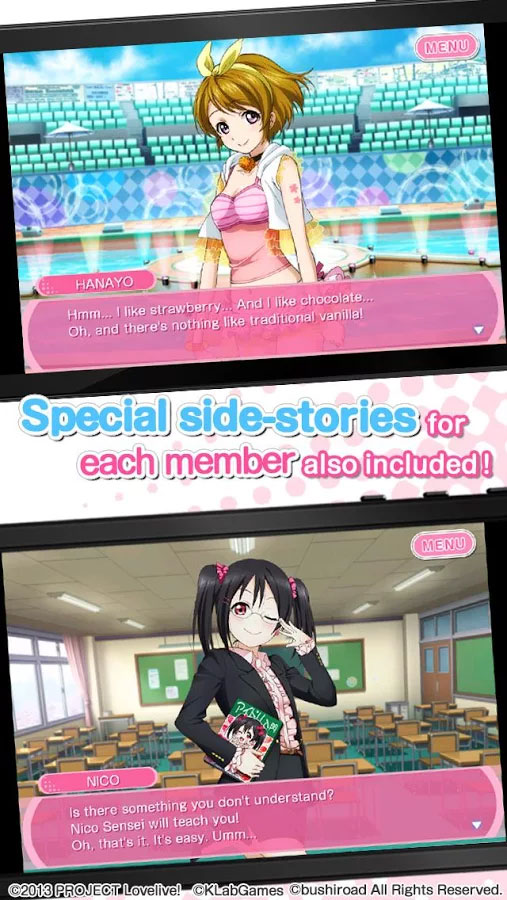 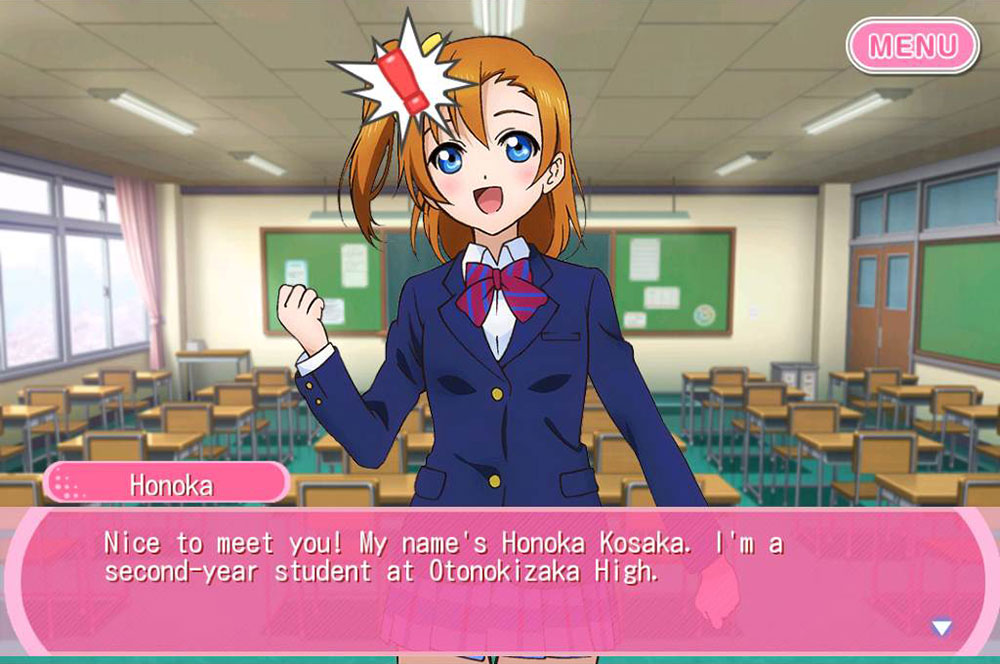 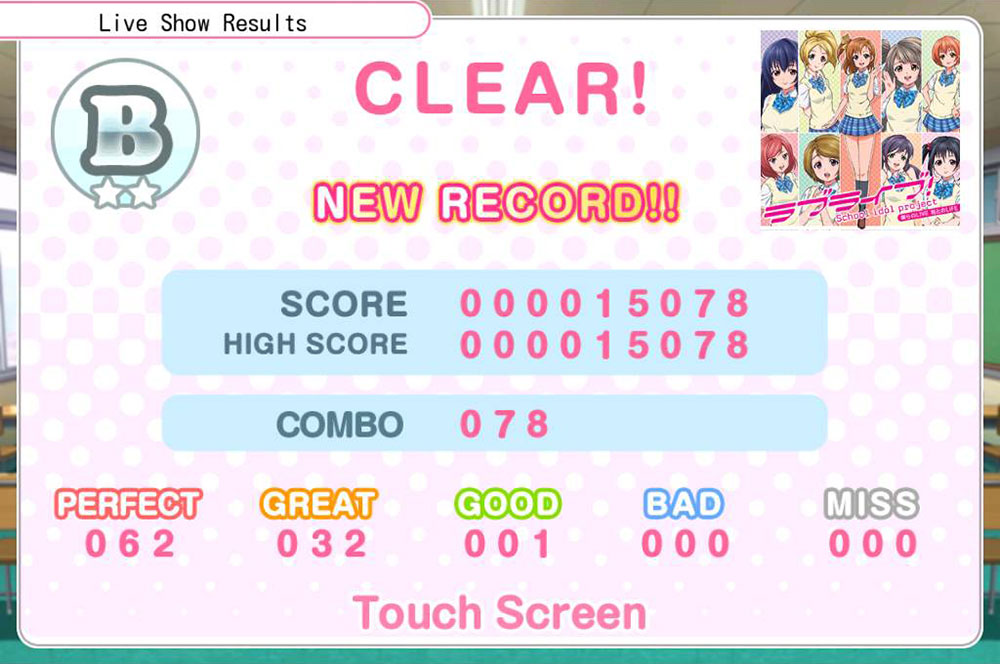 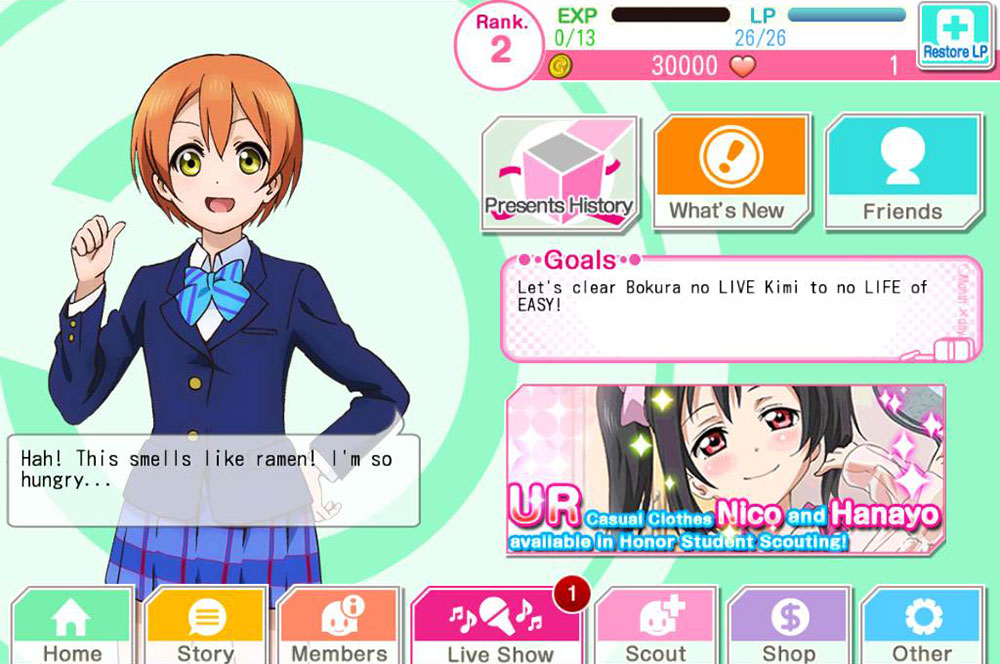 Love Live! School Idol Project is an original anime produced by Sunrise studios that aired in January 2013. The conception of the anime project started in 2010 by Dengeki G’s Magazine. The editors wanted the project to be heavily influenced by fans, such as the costumes, hairstyles and names. Throughout this process, a manga of the project simply called Love Live! began in early 2012 by Sakurako Kimino and Arumi Tokita. The next part in the project was the anime series, followed by this app and an OVA. The second season of Love Live! School Idol Project started airing early last month, with a PlayStation Vita game releasing later this year. 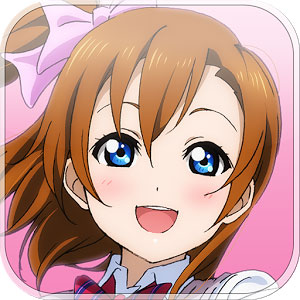 School Idol Festival features Japanese audio with English subtitles. The game is free to play, and you can find it on the Apple App Store and the Google Play Store.