Japanese and South Korean social media app Line has released a new series of stamps, based on The Melancholy of Haruhi Suzumiya. Users of the apps will be able to send various images of the series’ characters, drawn by Noizi Ito – the artist of the light novels- herself. 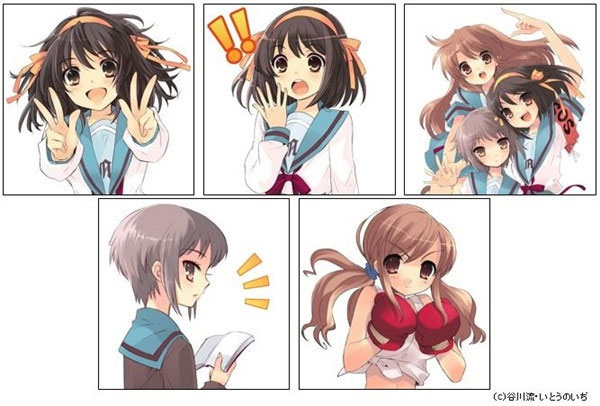 Users on Line can purchase this stamp collection of The Melancholy of Haruhi Suzumiya where they will be able to attach it to messages and send to friends who also use the app. The collection itself costs ¥200 (~$2 USD) and contains 40 stamps. Line itself is one of East Asia’s most popular social media apps, with over 400 million users.

In related news, the first pamphlets for the Haruhi Pachinko machine from Sankyo has been sighted. The machine, which is releasing in August, is a part of the current Haruhi Hunting campaign. 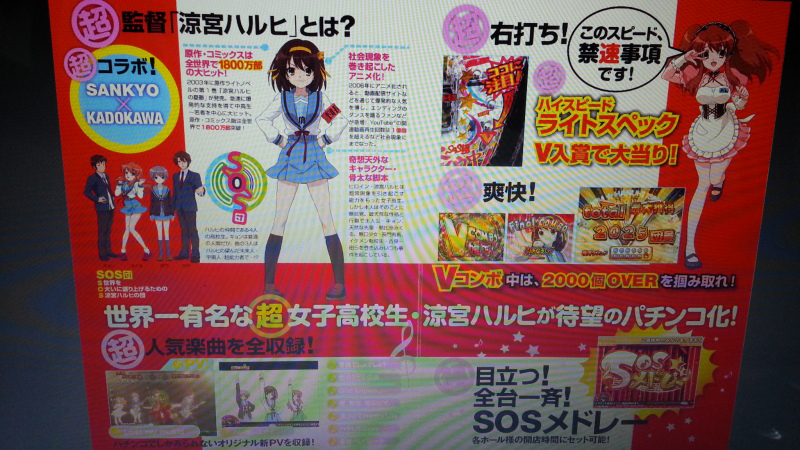 The Line stamps are currently available for ¥200 (~$2 USD) on IOS and Android. The Sankyo pachinko machine based on The Melancholy of Haruhi Suzumiya will be out next month.

To find out more information about the Line app, visit their website: http://line.me/en/