The official website for the anime adaptation of Hideki Ohwada’s Mobile Suit Gundam-san has opened and has released lots of new media ahead of the anime’s July 6 premiere. The cast of the anime, the character designs and the first visual were all released. 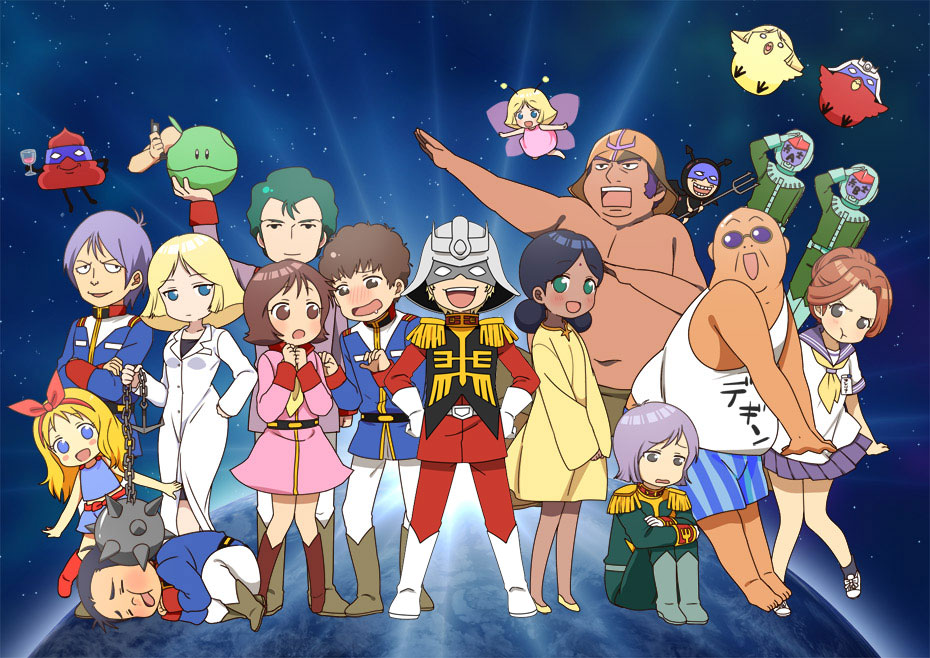 The cast of the upcoming comedy anime have been revealed, and are as follows:

With the following additional cast members:

Mobile Suit Gundam-san is a comedy 4-koma manga written and illustrated by Hideki Ohwada. It features many of the main characters from the Gundam series in various gags. The manga began serialization in 2001 in Kadokawa Shoten’s Gundam Ace, Comic Charge and Kerokero Ace magazines. The 11th volume of the series was released in March this year.

The Mobile Suit Gundam-san anime will be airing on July 6 during the Summer 2014 anime season.