Ever wanted to know how tall a certain female anime character was? Well now you don’t have to wonder about it since there is now a fan made height comparison chart for all of the moe girls. Well not really all of them, but the main girls from Yuru Yuri, Gochuumon wa Usagi Desu ka?, Sakura Trick, A-Channel, Kiniro Mosaic, Non Non Biyori and Yuyushiki.

The chart starts from the top left and continues to the rights. You can click on the image for the full resolution. All measurements are in centimeters. 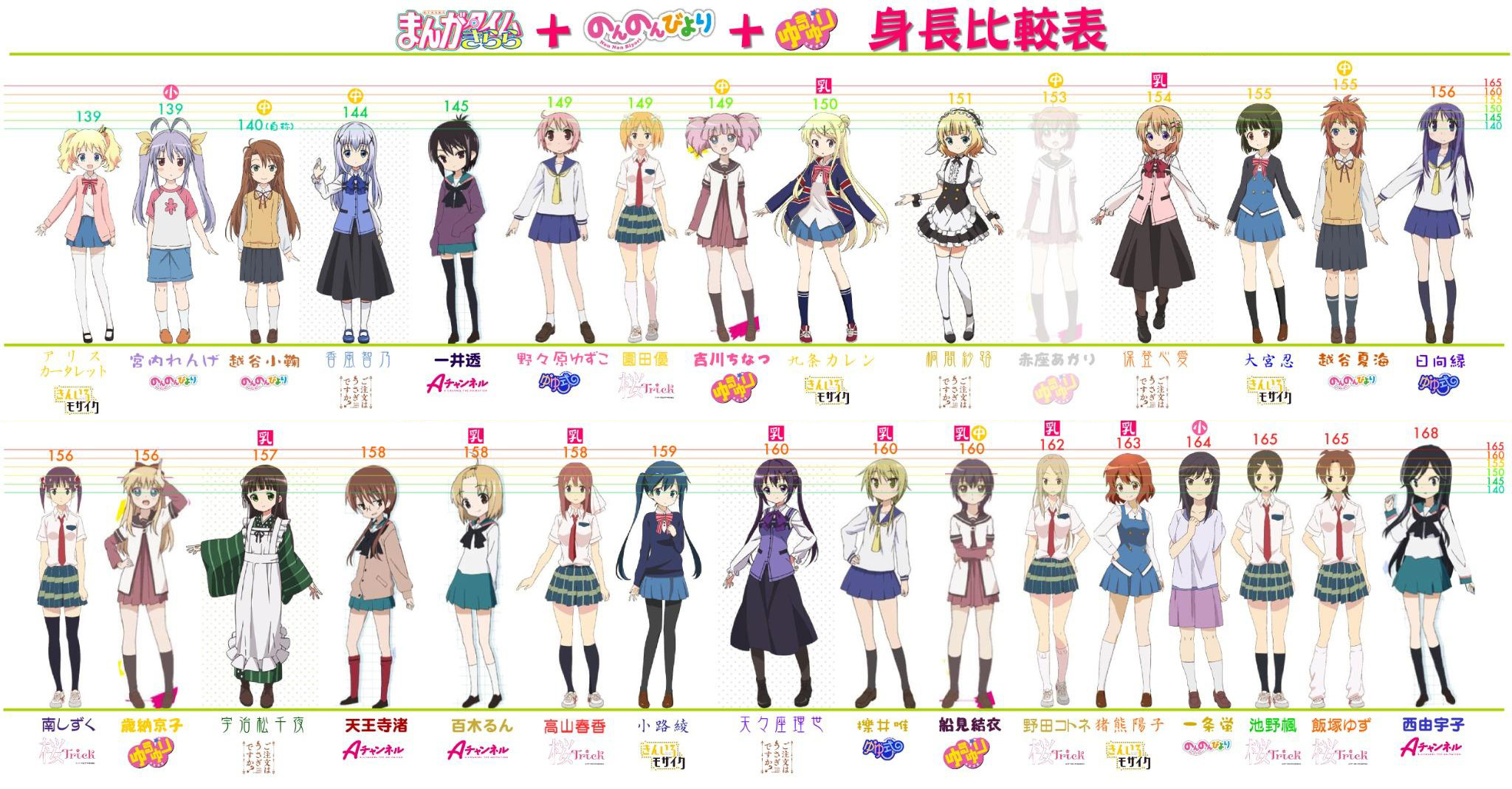 Here are some older comparison charts:

For mechs, robots and other machinery:

So how is it to see the height of your favourite moe girls? Are they shorter than expected? Could they be a portable arm rest, or will you be that portable arm rest? Let us know your thoughts in the comments below.