Fairy Tail creator Hiro Mashima has announced on Twitter that he will be launching a new monthly magazine solely focusing on his current manga. The Monthly Fairy Tail magazine will costs ¥2,980 (~ $29.80USD) and will include a DVD containing 4 episodes of the Fairy Tail anime. Whether it will contain the new upcoming anime, or episodes of the original series has not been cleared up. This is a follow up to the news that more Fairy Tail content will be coming in April.

Launching in the first issue of the magazine will be a new spin off manga tentatively titled Fairy Tail Zero. The manga is set to cover the origins of the Fairy Tail guild and its founder, Mavis Vermilion. This means that Mashima will be producing two manga series at the same time. Mashima has also revealed a sneak peak of Fairy Tail Zero. 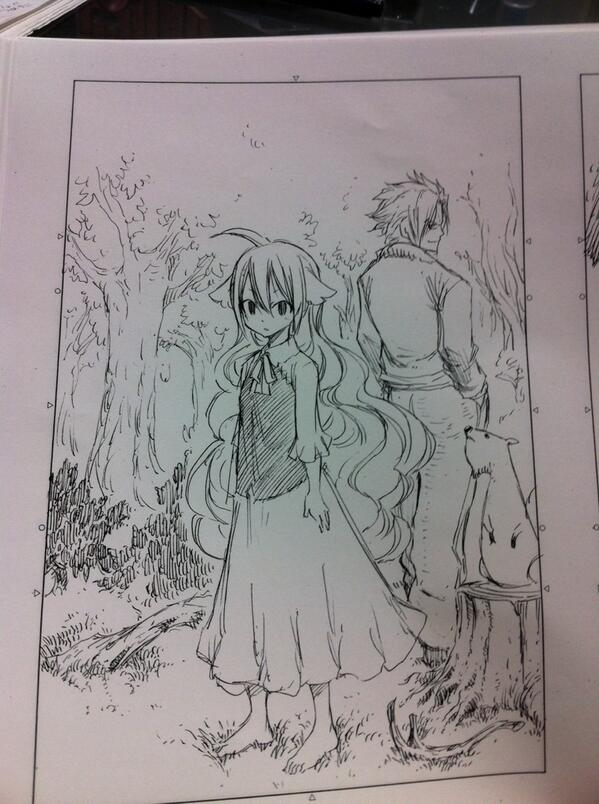 The Fairy Tail manga was created by Hiro Mashima in 2006, being his second major publication after RAVE. An anime adaptation was then started airing in 2009 and ended on March 30 2013 by studio A-1 Pictures. Over the last 3 1/2 years, the series has grown in popularity, being the fourth highest selling manga in 2011. 7 OVAs have been released thus far and a feature film, Fairy Tail: Houou no Miko, that released in August last year. The manga itself is currently passed its 42nd volume, which released earlier this month.

While there hasn’t been a release date announced for the Monthly Fairy Tail Magazine, it will be out in the near future – with indications pointing to April. More information about the new magazine, and the spin off manga Fairy Tail Zero, will be revealed in the upcoming weeks.