The recent issue of Shueisha’s V Jump magazine has revealed that there will be a new anime film for Akira Toriyama’s Dragon Ball Z. The film will air in Golden Week next year. 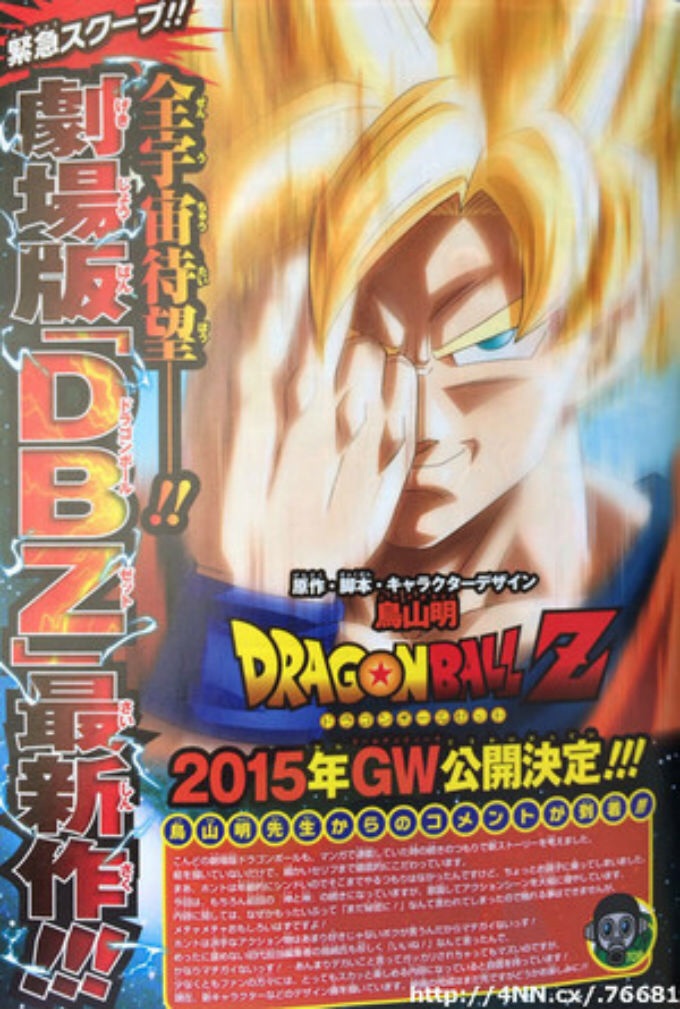 The upcoming movie will be the 15th overall theatrical film in the Dragon Ball Z franchise. It will be an new original story written by Toriyama, similar to the 2012 Dragon Ball Z: Battle of Gods film. Toriyama will be more involved with the upcoming film, being credited with the original concept, screenplay and character designs.

The new upcoming Dragon Ball Z film will be airing during Golden Week next year, throughout the Spring 2015 season. More information on the film will release in upcoming Jump magazines.