In a recent tweet from the anime’s official twitter, it has been announced that a new YuruYuri anime is currently in production. The new anime will most likely be a continuation of the previous anime series, being the third season, based on Namori’s moe slice of life manga of the same name. There were reports of a possible third season of the anime last year but there was no official confirmation. A new image about the new anime was also released. 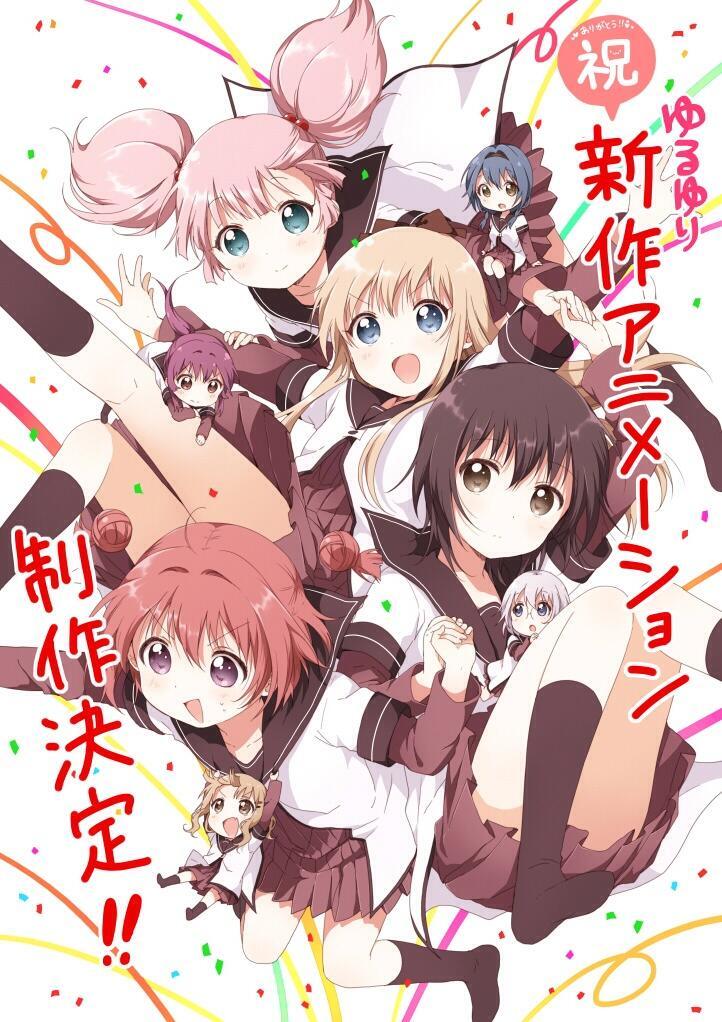 YuruYuri, known as YuruYuri: Happy Go Lily, is a manga series created by Namori that released in June 2008 and is still running. The manga has a total of 11 volumes thus far and has sold over 1 million copies as of December 2011. Namori has also created two more manga series alongside YuruYuri; YuruYuri Reset!, which is currently on hiatus and YuruYuri Ohmuroke, a web manga that started in July 2012. The series also received an anime adaptation in July 2011 by animation studio Dogakobo. The second season of the anime titled YuruYuri♪♪ aired in 2012, also in July.

The super cute and moe series of girls will be coming back. If it follows the previous trend of the first two seasons, the new anime production of YuruYuri will air in July this year.