Blu-rays are generally higher quality than their TV counterpart. This is since they have time to reproduce scenes of the anime that may or not have been rushed to make their schedules and deadlines. They may redraw scenes, add new ones, include flashier effects or just make it less sucky. Unfortunately for some Blu-ray releases it isn’t always a step up, case in point with the Wake Up, Girls! blu-rays. Of course, other reasons for having better blu-ray releases include having uncensored content, such as in Pupa and Saikin, Imouto no Yousu ga Chotto Okashiinda ga.

With the recent releases of the Non Non Biyori blu-ray set why don’t we take a look at the comparisons between the TV release and the Blu-ray?  And with the second season recently announced, what better time too!

All the images below are from the 5th volume, which cover episodes 9 and 10. So if you haven’t caught up with the series, these are

Non Non Biyori is a manga created by Atto. The manga began in 2009 and is published in Media Factory’s Monthly Comic Alive magazine. To date there is a total of 6 volumes, with the 7th releasing on July 23rd. An anime adaptation of the series was made in October 2013. The series was animated by Silver Link (Strike the Blood, Kokoro Connect). An OVA is scheduled to release with the 7th volume, and will be an original story. 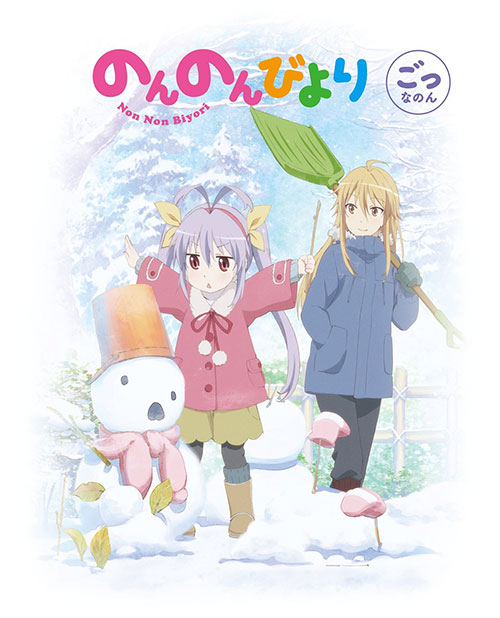 All the images above are from Non Non Biyori volume 5. You can purchase the release from Amazon Japan, which will set you back  ¥5,594 (~ $59.94 USD) for episodes 9 and 10 (expensive I know). The second season of Non Non Biyori will be out later this year.

You can visit the anime’s official website here: http://www.nonnontv.com/