The official website of the anime adaptation of Yume Mizusawa’s Ore, Twin Tail ni Narimasu has released the first key visual of the series, which will be airing this Fall/Autumn. 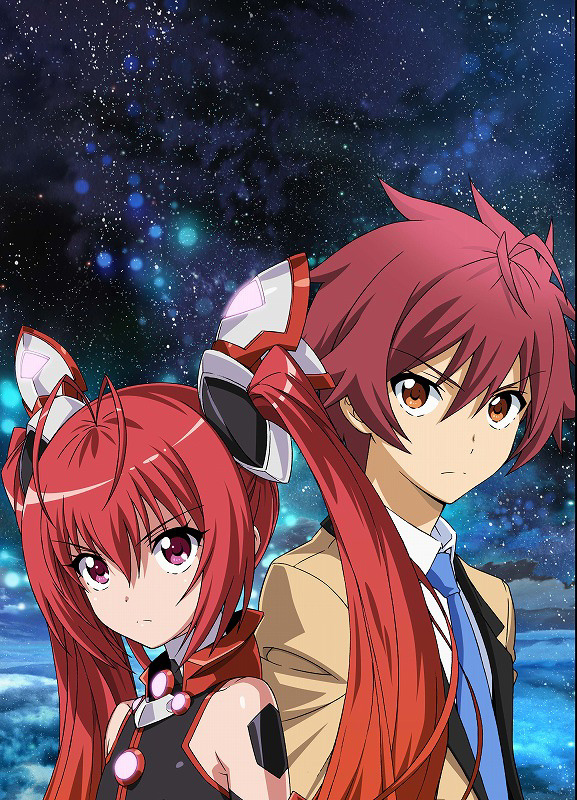 In addition to the new visual, some new character designs have released for the main characters of the series.

And here is a coloured character design from the anime’s Twitter:

The production crew of the anime was previously announced and are as follows:

Ore, Twin Tail ni Narimasu. (I Will Become a Twintail) is a gender bending light novel series written by Yume Mizusawa, with Ayumu Kasuga illustrating the art and characters. The light novel was first created as an entry into Shogakukan’s Shogakukan Light Novel Prize in 2011, where it won the judges prize. The first novel was first published by them in June 2012 and has a total of 6 published volumes to date.

Mitsuka Souji is a first year high school student who greatly loves the “twintails” hairstyle. One day a beautiful girl, Thuearle, who comes from another world suddenly appeared in front of him and gave him the power to transform into the twintails warrior TailRed. Now Souji, with the help of his childhood friend Tsube Aika who can become the twintails warrior TailBlue, must fight in order to protect the peace on earth.

The Ore, Twintail ni Narimasu anime will be airing this October during the Fall/Autumn 2014 anime season.