At the recent AnimeJapan 2014 event, the anime adaptation of Takumi Toyoda’s light novel series Rail Wars!-Nihon Kokuyuu Tetsudou Kouantai-  has been announced that it will be airing this Summer. The anime will be simply titled Rail Wars and will premiere on TBS this July. In conjunction with this announcement, a new visual has been released: 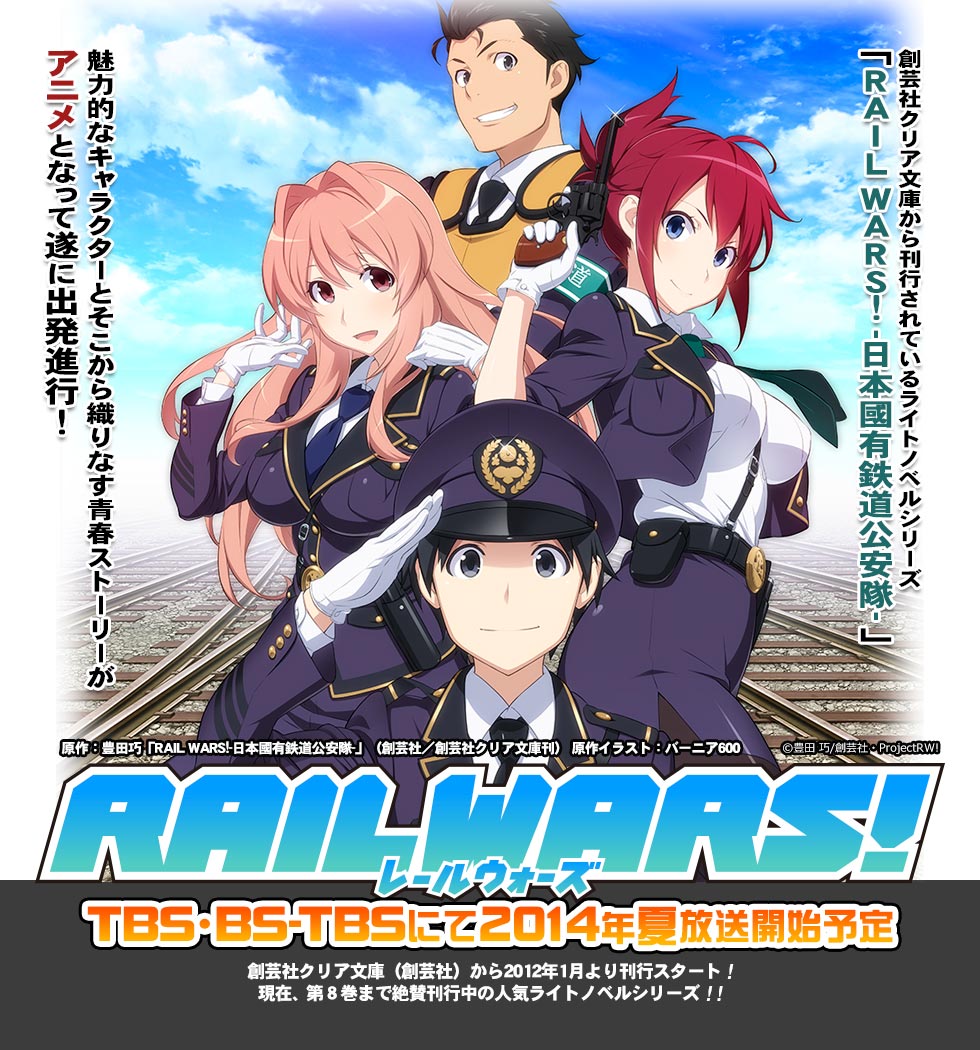 Rail Wars was first released as a light novel series in January 2012, where it is called Rail Wars!-Nihon Kokuyū Tetsudō Kōantai- (Rail Wars! Japanese National Railways Security Force). The series was created by Takumi Toyoda, and featured illustrations from Vania600. The light novels ran in Sohgeisha’s Clear Bunko imprint, where the 8th volume released earlier this year. The series also received a manga adaptation that started late last year that is being written by Toyoda and drawn by Keiji Asakawa. 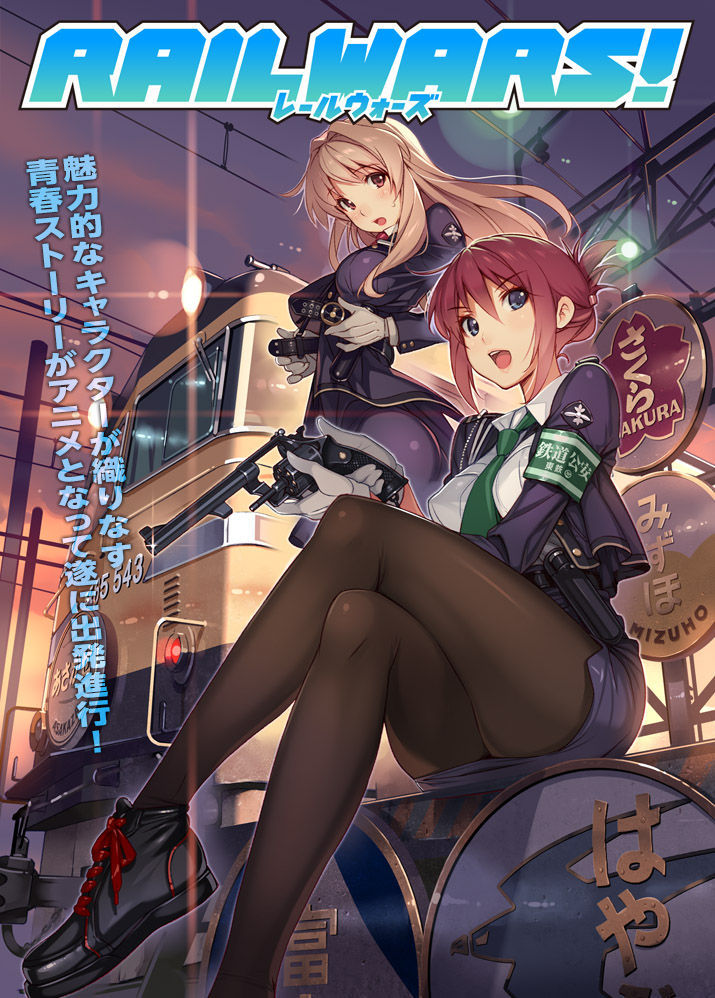 Information regarding the cast, crew and animation studio has not been announced. More information is expected to be released in the upcoming weeks, as we near July.

In the meantime, you can visit the anime’s site: http://www.tbs.co.jp/anime/railwars/