Some anime fans have discovered that the Japanese Television broadcast of anime adaptation of Takumi Toyoda and Vania600′s light novel series Rail Wars! has actually been censored on TBS. The international streaming version is in fact uncensored and fans have pointed out two significant scenes from the past few episodes for a comparison of the censorship on the TBS release.

The first scene is from episode 5 and features a shot of the series’ main heroine Aoi Sakurai (voiced by Manami Numakura) about to kick a bystander. In the uncensored shot, more of Aoi is shown and you can see her underwear. In the censored TBS broadcast, the scene has been zoomed in and thus unable to see the lower exposed part. 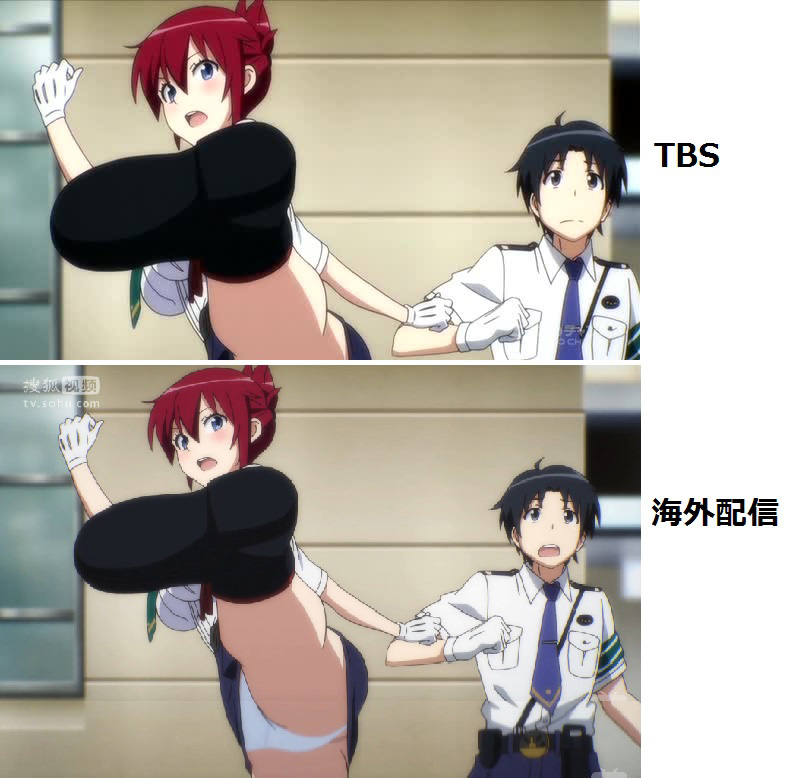 The next scene is from episode 8 and has a more significant change. During a scene with a broken down train in the rain, Aoi is wearing some restrictive clothing and has a way to make it more manageable. In the uncensored version we see the entire scene of her ripping the bottom part of her gown. In the TBS version, the scene is cut to the train and the same ripping sound is heard. 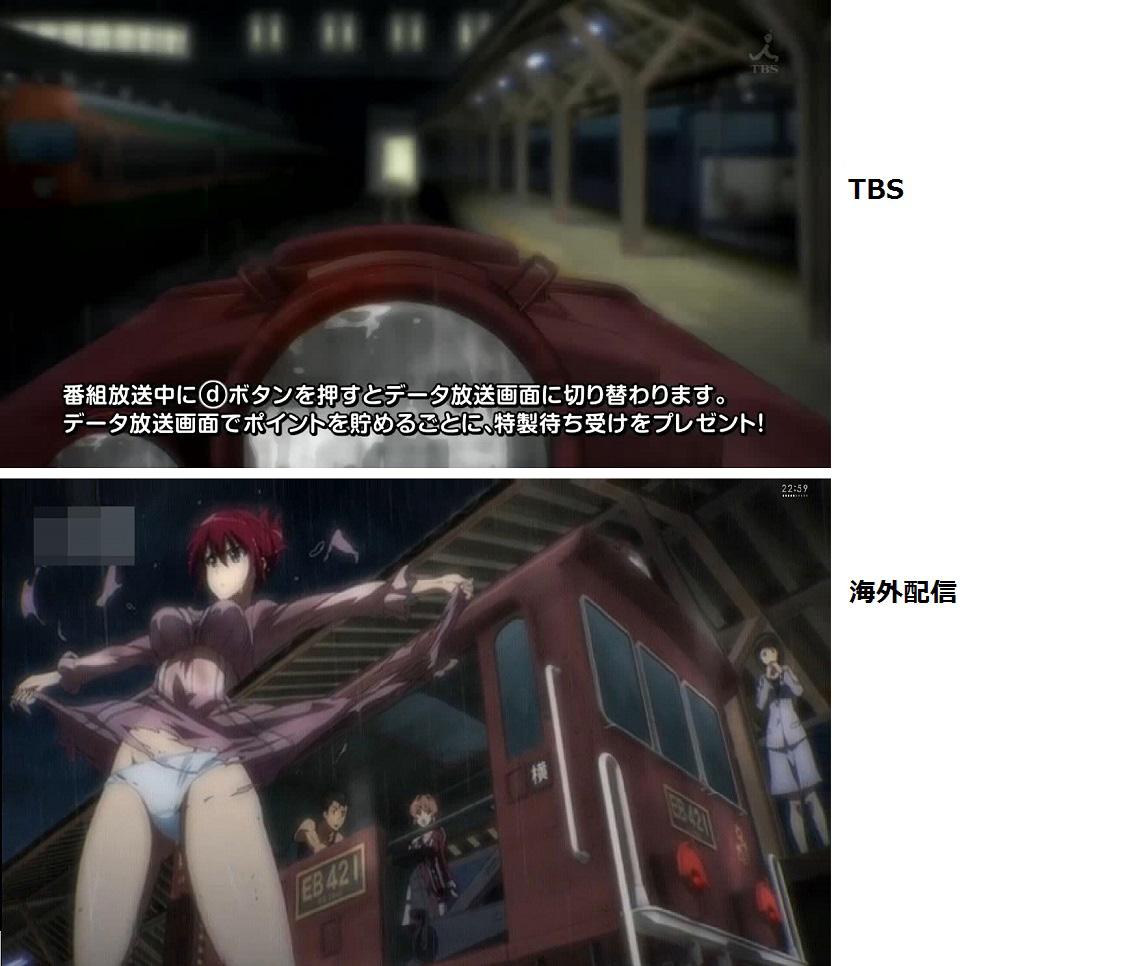 The TBS broadcast does have to abide by Television standards in order to air at a certain time, whilst the online version does not. Do note that it is only censored for the TV broadcast and will be uncensored in the upcoming Blu-ray release.

Rail Wars! was first released as a light novel series in January 2012, where its full title is Rail Wars!-Nihon Kokuyuu Tetsudou Kouantai- (Rail Wars! Japanese National Railways Security Force). The series was created by Takumi Toyoda, and featured illustrations from Vania600. The light novels ran in Sohgeisha’s Clear Bunko imprint, where the 8th volume released earlier this year. The series also received a manga adaptation that started late last year that is being written by Toyoda and drawn by Keiji Asakawa. Japanese developer and publisher 5pb. (Steins;Gate, Robotics;Notes) are also working on a game based on the manga and upcoming anime. 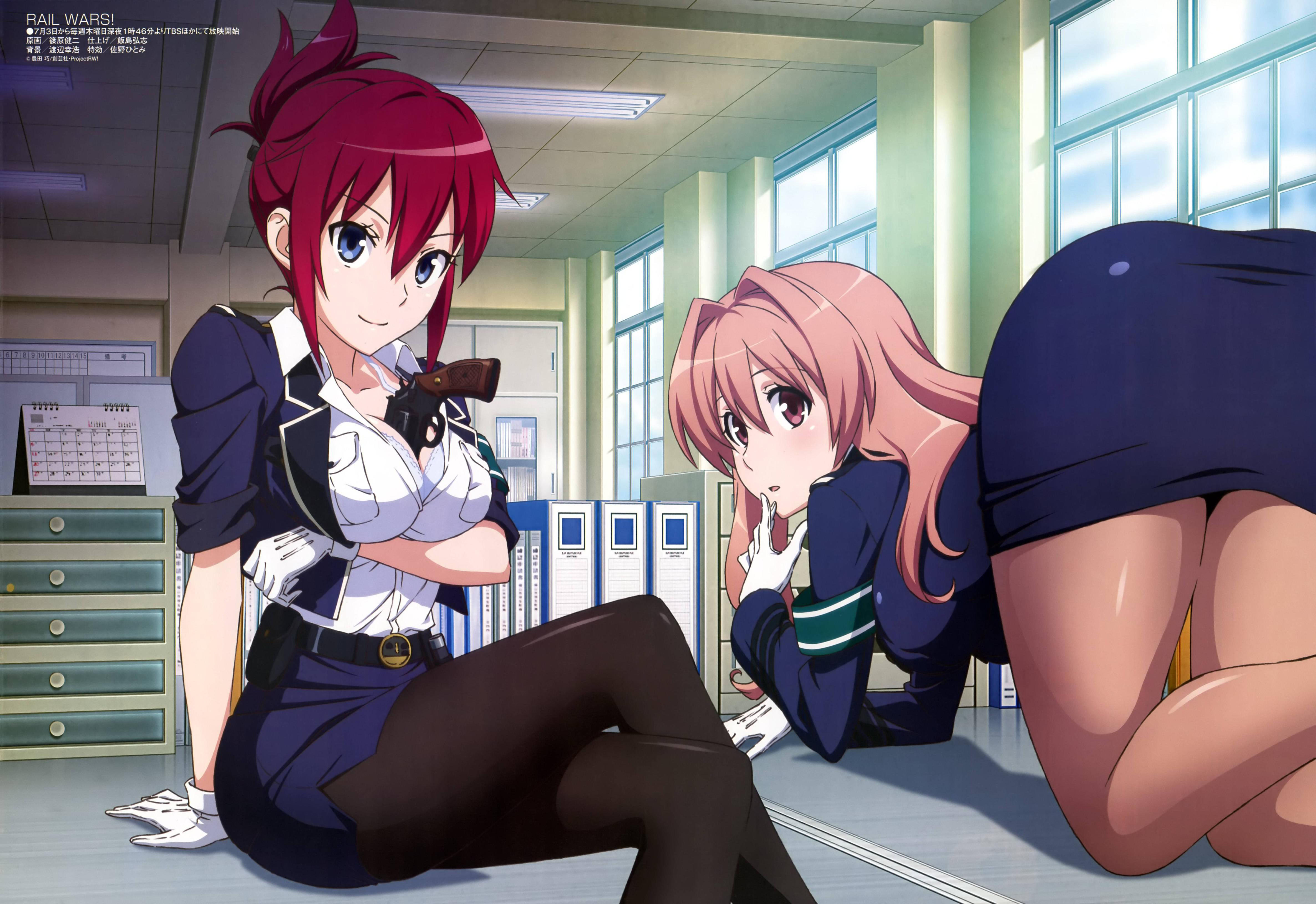 Rail Wars! is currently airing this Summer 2014 anime season on Fridays at 1:46am JST. The first Blu-ray volume will be releasing on September 17th.