In a sneak look at this month’s issue of Famitsu, it reveals that idol Rise Kujikawa will be playable in Persona 4 Arena: Ultimax. She will join Junpei Iori and Yukari Takeba as new playable characters in the updated version of Persona 4 Arena. 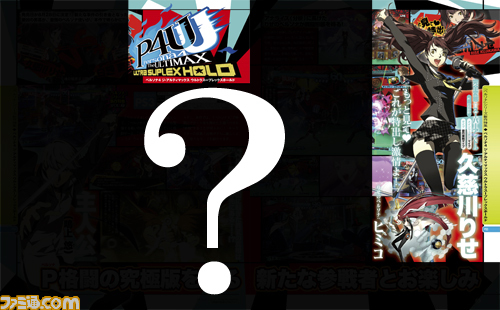 Persona 4 Arena Ultimax (Persona 4: The Ultimax Ultra Suplex Hold) is coming out in North America this Fall/Autumn for the PlayStation 3 and Xbox 360. The game is a sequel to the 2012 2D fighting game from Arc System Works. Featuring revamped gameplay, and a few new characters the game will be making its debut on consoles this year. It will include the entire original game with all the characters present, including all the major Persona 4 characters and a few Person 3 characters. The game released in Arcades in November last year.The game is set after Persona 4 Arena, which has a canon story set after the events of Persona 4 and before the secret ending of Persona 4 Golden for the PlayStation Vita.

Rise was the announcer in Persona 4 Arena, but the idol will be a participant in the brawl. More information and images will be revealed in the Famitsu issue, which is available on April 24th.