The first promotional video has released for the upcoming OVA of Strike Witches. Operation Victory Arrow Vol. 1: St. Trond no Raimei will be the first OVA of three, and is the first new project since the 2012 movie. It will be directed by Kazuhiro Takamura (Strike Witches, Vividred Operation) and animated by Silver Link (Kokoro Connect, Non Non Biyori) taking over AIC. Tickets for the first theatrical OVA will go on sale on the 28th.

Here is a synopsis of the OVA:

Operation Victory Arrow is set in the period between the end of Operation Mars in the second television series and the 2012 Strike Witches movie. The three 30-minute short stories depict the lives of the members who returned to their respective homes.

Here is the first visual of the OVA: 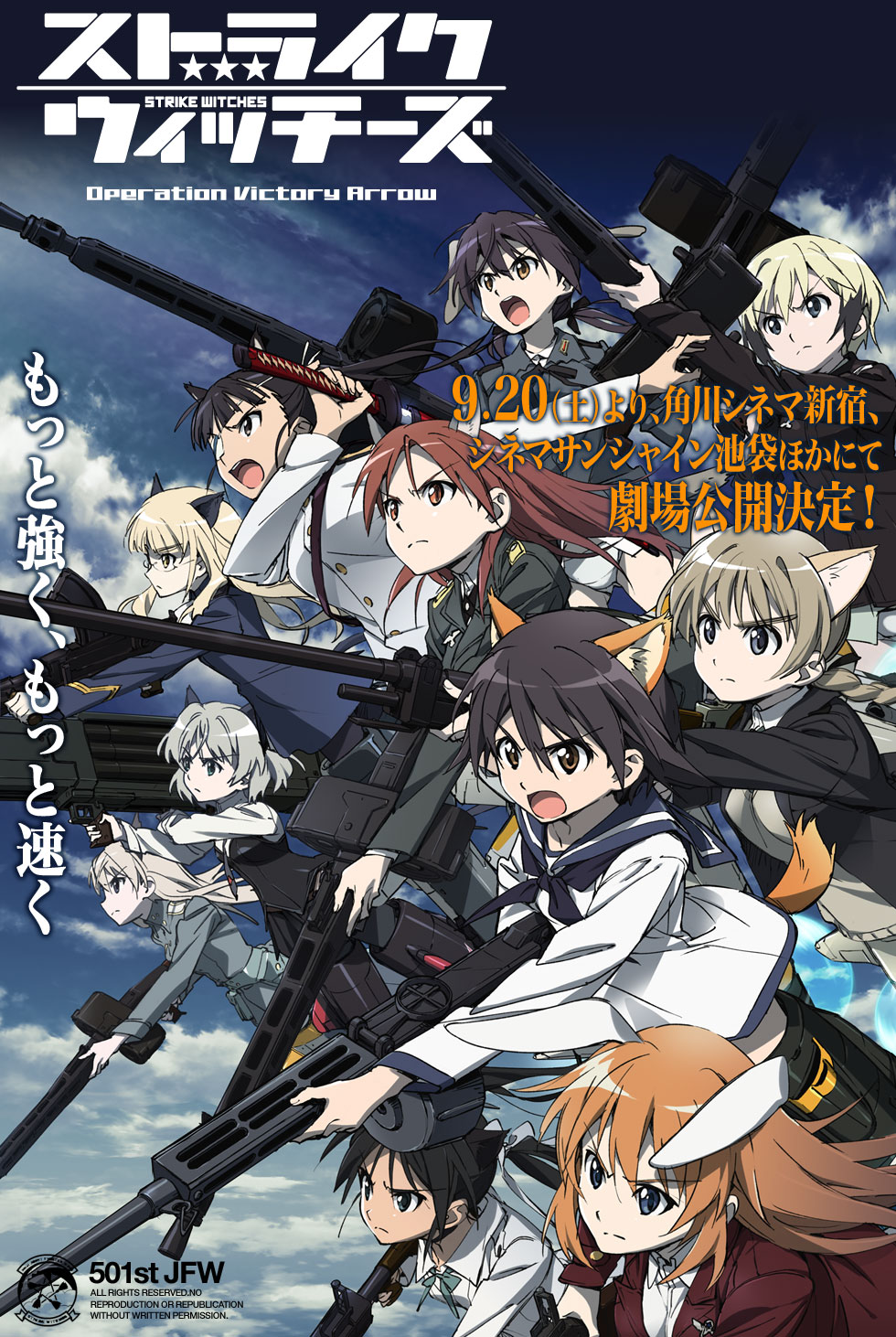