As Death Gun appears in front of a subdued Pale Rider, Shinon takes a shot at him, but his health remains the same as the bullet flies through him. Pale Rider tries to attack Death Gun, but Pale Rider immediately and mysteriously disconnects. Death Gun then declares to the remaining contestants and viewers of the Battle of Bullets who he is: true death. Asuna was watching the stream and is shocked to learn that he is a former member of SAO’s Laughing Coffin. Shinon and Kirito remain hidden and hatch a plan to follow Death Gun… 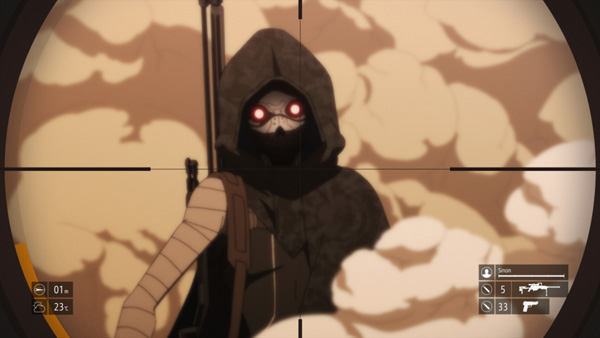 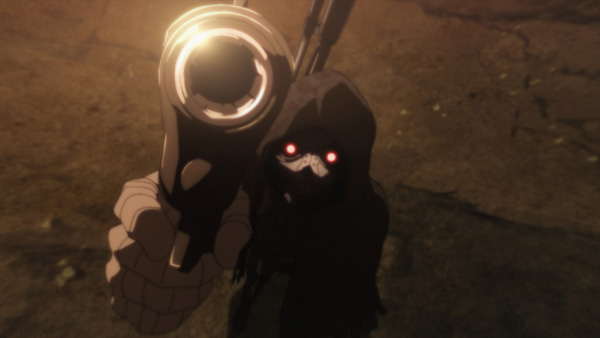 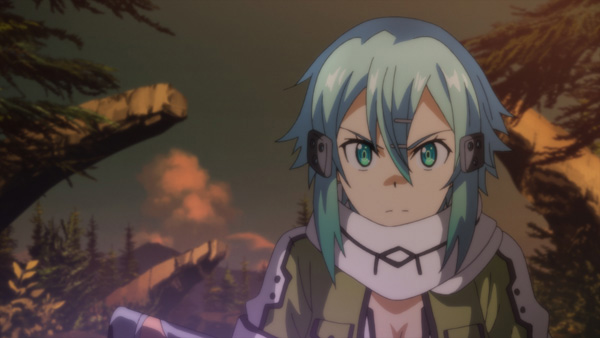 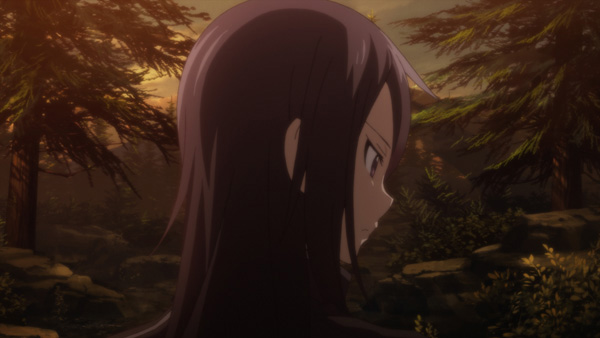 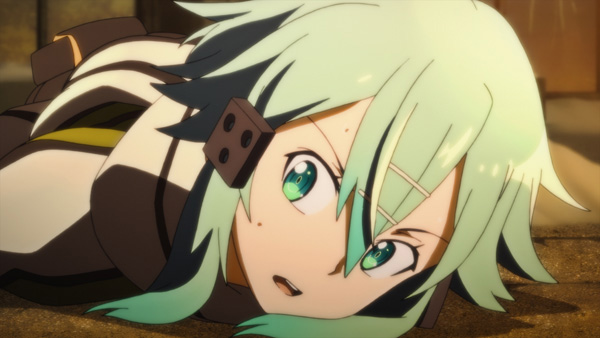 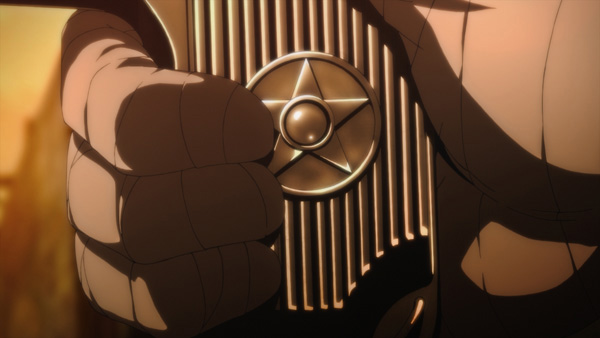